I am one of those jerks who owns two small, yappy Chihuahuas. As cute as my dogs look, and as much as everyone wants to pet them, they’ve still been known to bite people — especially small children.

It took me a few years of poorly executed dog training, coupled with many, many failed attempts at Cesar Millan Dog Whispering, to realize how unacceptable my dogs’ behavior really was. And then I had kids, and I felt like an even bigger jerk. Here I was, always on the lookout for dogs and cats that may threaten one of my precious children, when the dogs in my house were part of the problem. 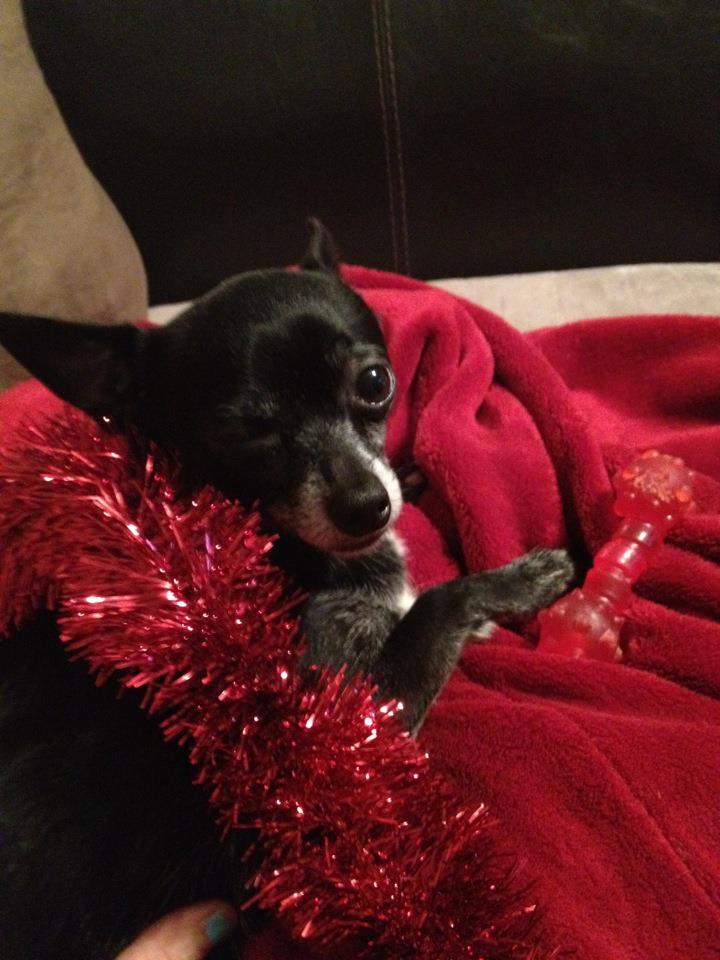 Small-dog bites are just as dangerous

There’s something about cute little dogs with tiny faces and big eyes that makes everyone want to touch — often without asking. At first, my husband and I tried to use these opportunities to “rehabilitate” our dogs by encouraging people to pet their angry, shaking little bodies as we held them. Nine times out of 10, this resulted in a lightning-fast dog nip with many apologies to follow.

The not-so-funny thing about most of these encounters was that the victims, the people whose fingers my dogs snapped, were normally very forgiving. A little too forgiving I now see. Compared to big dogs, even the rudest small dogs aren’t seen as a threat because of their size. My mean dogs have been getting away with biting for years since they’re cute enough to do it.

“Generally, people are less fearful of bites from smaller dogs than their larger counterparts. Yet the bite of a small dog can cause mild to severe harm depending on the number of bites inflicted, the locations on the body incurring the bites, the degree of crushing injury which is inflicted and the transfer of mouth bacteria from the biter into the recipient,” says Dr. Patrick Mahaney of California Pet Acupuncture and Wellness.

The danger of the dog bite, regardless of the dog’s size, all comes down to the sharpness of the teeth, explains Dr. Eloise Bright, in-house veterinarian for Love That Pet. She says that though small-dog bites may not hurt as much or inflict as much damage, they still pose a risk. “I know several people that have ended up in surgery even from a cat bite since mouths carry some pretty nasty bacteria. Dogs have very long, pointy canine teeth, so even a little Chihuahua can puncture a good centimeter deep.”

So while you’re probably never going to see a Chihuahua bite on the news in the same way you might see an aggressive, villainized breed like the pit bull, a small-dog bite is not something you want to brush off. If it breaks the skin, is painful or shows any sign of infection, Dr. Bright recommends getting to your doctor ASAP, “even if it doesn’t look too bad.” She adds, “A dog that is unvaccinated or unknown to you can potentially transmit rabies. The dog does not necessarily need to be showing any obvious signs to be carrying rabies.”

If you needed one more reason to take small-dog bites seriously, think of the children. Dr. Mahaney says that kids and the elderly are the top victims of dog bites of the more than 4.5 million people bitten in the U.S. each year. Young children are most likely to be bitten when playing with a dog they already know.

How to prevent small-dog bites

Now that I’ve realized that my dogs’ aggressive behavior is not only socially disastrous but dangerous, we’ve taken to putting them in their crates whenever company arrives. It’s not a perfect solution, but it beats the alternative — making amends with yet another friend who reached out to pet one of our cranky pups.

Anthony Newman, CPDT-KA, owner of Calm Energy Dog Training, has a better idea. Newman explains that small-dog aggression has become such a dangerous phenomenon because it most often goes untreated, making small-dog nips even more common than big-dog bites. “Most bites occur from small dogs. A recent study based on bite frequency rated the top three most aggressive breeds to be dachshunds, Chihuahuas and Jack Russell terriers,” says Newman.

Newman blames the wrath of the small dog on a lack of socialization — precisely the problem my pooches have since I had never even heard of “socialization” in my younger dog owner days. According to Newman, leaving a small dog without proper training puts it in a “crazed mental state” that is both unhealthy for the dog and anyone it meets. “Get proper training and socialization for all dogs, no matter their breed or size,” says Newman.

Along with proper socialization and training, Dr. Mahaney recommends avoidance to manage an already aggressive small dog. He concludes, “With fearful, aggressive or incompletely socialized canines, consider skipping trips to the park and other locations where dogs congregate.”

I’m not happy to be the poster child for the aggressive small-dog campaign, but somebody’s got to do it. All jokes aside, I’m ashamed of what I let my small dogs get away with in the past, and for any friends and family reading this, I’m sorry. I’ve been believing the small-dog lie for way too long now: If it’s not OK for a big dog, it’s not okay for a small dog either.