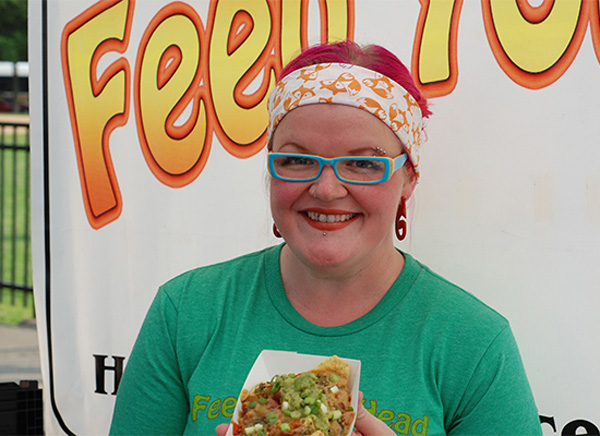 Caitlin’s on a mission to take vegan food to the next level, starting in her hometown of Chicago. While managing a food truck, she taught herself how to cook faux meats and pastries. Now, she’s driving with Lyft to fund her latest venture: a vegan deli.

As a teenager, Caitlin knew that she wanted to be a chef, but her parents encouraged her to pursue a bachelor’s degree instead of culinary school. Not one to back down from her dreams, she started working in small kitchens post-graduation and blazed her own path.

Loving the vibe of independent businesses, Caitlin posted up at craft fairs and fostered connections with fellow creatives. As she started experimenting with vegan meats and cheeses, she drove with Lyft to pay off the car she purchased for catering. The flexibility allowed her to cook and earn a little extra on own schedule.

Now, Caitlin’s selling her own line of vegan treats (jointly named Feed Your Head and Pirate Pastries) at farmers markets and festivals. Looking back on her dream of becoming a restaurateur, Caitlin says, “I got there, I just did it my way.”