If you’re reading this article, you’re probably at least curious about how your zodiac sign can influence your life. And really, when it comes to astrology, curiosity is all you need to fall down the proverbial rabbit hole. So would you believe that the time you were born might affect your career path? 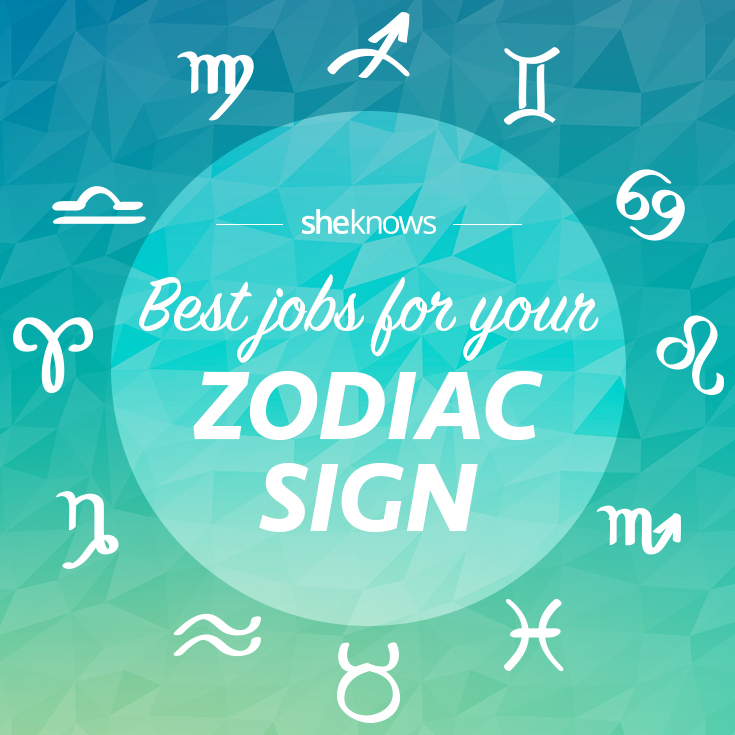 Birth-month significance has also made its way into scientific studies, which gives new weight to how your birthday can impact your future. For example, one study mentioned in Medical Daily said that your birth month may say something about your health later in life. Another reported by The Atlantic claims that the time of year you were born may explain aspects of your mood and personality. If scientists, arguably the most skeptical people, are standing behind birth month significance, perhaps there’s something to it after all?

Below you’ll find what careers fit your sign best, based on common personality traits associated with them. If your current job is leaving you feeling unfulfilled, these suggestions might inspire you to change your trajectory in a way you may not have expected.

Personality: You’re a humanitarian and curious in nature, which leads you to think outside the box. Not often excited by the conventional, you will most likely seek a job that gives you freedom and autonomy.

Personality: You’re highly intuitive, creative and compassionate. You excel where you can use your instincts, and rely less on logic.

More: Jobs for people who love to travel

Personality: Compulsive, driven and enthusiastic. You’re outgoing, and are not afraid to promote yourself.

Personality: These are the hard dedicated workers. They’re patient, precise, and great at expressing themselves clearly, but they cherish stability.

Personality: You’re always moving, and don’t do well in monotonous jobs. You like travel and are great at social networking and promotion.

Personality: Cancers are the nurturers, so any job where you can take care of things, people, or animals, fits like a glove. You’re great at giving advice, and handle responsibility well by being a creative problem solver.

Personality: Natural born leaders whose independent ingenuity inspires others to follow them. They don’t do well when managed by someone else.

Personality: You’re very detail-oriented, a perfectionist, but generally do well in a team environment.

More: 12 Reasons working from home is the best and the worst

Personality: Libras thrive when they interact, so they’re great in jobs that deal with other people often. They’re also quite charming, so if they solicit you for money, you might find yourself giving it to them.

Personality: You love to figure out puzzles and unravel mysteries, but on your own. You’re intuitive, driven, and stubborn to a fault.

Personality: You’re ethical, congenial, and great at making decisions — all in all, the perfect boss. You have lots of energy, and prefer to be moving around rather than tied to a desk.

Personality: Capricorns are always punctual, and want everyone they work with to be as well. They are precise, and determined to do the job right and well.