Unfortunately for a Toronto man, police do not factor in cleverness when considering the consequences of a crime.

A Toronto police officer working the HOV compliance detail witnessed a Dodge pickup truck drive by with multiple passengers. The truck driver wasn’t speeding but rather had passengers who “did not appear to be lifelike,” according to the police report.

The officer immediately took action and stopped the vehicle a short distance later. The officer confirmed his suspicion while walking up to the car. Two mannequins dressed in clothes sat in the car.

More: 3-Year-old has priceless reaction as he gets his first parking ticket 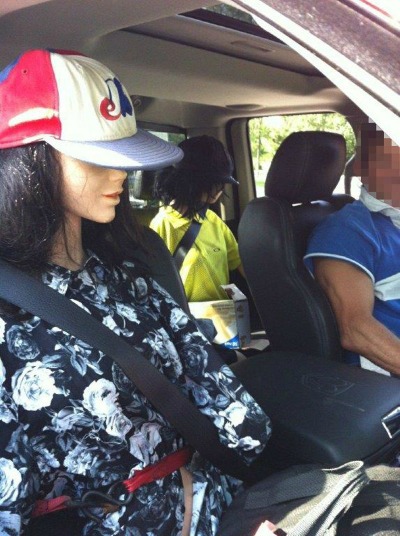 The driver, however, did take the appropriate safety measures by ensuring everyone in the car wore a seat belt. Yet the driver was still charged and ticketed for misusing the HOV lane.

More: How to navigate this season’s hottest car features (VIDEO)

The real question is, how many times was he able to evade traffic and cut his commute time in half before he was caught? A simple $85 ticket doesn’t seem too bad now, doesn’t it?

21 hrs ago
by Krista Bennett DeMaio