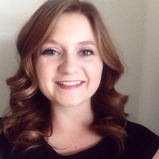 Daniel Boria decided to get an aerial view of the Calgary Stampede, but not in a way that you would expect.

Not in a helicopter, a jet or even a hang glider, but in a lawn chair, with 100 helium balloons tied to it. Which makes us think of one thing…

Soon after his takeoff, Boria opened a parachute and jumped to the ground, where police arrested him, charging him with “one count of mischief causing danger to life,” according to CNN.

True, Boria did put his life in danger by ascending into the air on just a lawn chair with only balloons to keep him afloat, but is that really grounds for him being arrested? An officer later said there were no reports of anyone finding the chair or being injured by its descent, so no harm, no foul, right?

More: 11-Year-old girl pulls her own tooth out in jaw-dropping move

Besides, the main person Boria could harm was himself; he’s lucky to be alive. Even with that, his stunt shouldn’t land him in jail; people risk their lives for crazy stunts all the time and the law isn’t involved.

Boria told CNN he wanted to pay a plane or helicopter to fly him over the Calgary Stampede to advertise his cleaning business, but when that was rejected, he took matters into his own hands, planning this roughly two months ago. The entire stunt cost him $10,000.

With just a few cuts and a worry that he might have injured his foot, Boria walked away just fine. At the time of publication, the chair still had yet to land… It’s going to be interesting to see where that ends up.

This leaves me with just one more question — did he actually get his inspiration from Up?