After 31 years at the helm of her fashion brands, Donna Karan is stepping down as head designer at Donna Karan International. Though she’ll be continuing on as a figurehead for the label, the brand’s fall 2015 and resort 2016 collections will be the last under Karan’s creative direction.

“Over the past three decades, Donna Karan has inspired women around the world to embrace their power and sensuality,” said the company in statement released on Instagram. “When she started her collection in 1985 she set out to simply make clothes for her and her friends.”

Karan and her late husband Stephen Weiss co-founded DKI in 1984, releasing a debut collection in ’85 called “seven easy pieces,” during a time when the fashion industry was failing to cater to the modern working woman. Her objective? Show how a few basic items could form the basis of a full day-to-night arsenal of outfits, with a black bodysuit as the central piece. Several years later, in 1989, the younger, sportier line DKNY was launched, which evolved to comprise an impressive family of brands, including DKNY Jeans, DKNY Active, DKNY Underwear and DKNY Kids, and famously rolled with the times, tapping buzzy models and stars for its iconic ad campaigns.

Of course, you can also thank Karan for some of the most gorgeous gowns to ever walk a red carpet–her simple, elegant, timeless designs have been worn by just about every A-lister in Hollywood at every age, including Kate Moss, Nicole Richie, Taylor Swift, Gwyneth Paltrow, Kim Kardashian, and Blake Lively.

This is truly the end of an era, and to celebrate Karan’s incredible career, here’s a look back at some of her most memorable moments.

1. She became one of America’s richest self-made women.

2. She designed for real women.

Karan didn’t design for size zero models, and was famously open about her own body hangups. Her signature “cold shoulder” dress (famously worn by Hillary Clinton) channels Karan’s belief that a woman’s shoulders are the one body part she continues to feel confident about at every age or size. “The only place you never gain weight is your shoulder,” Karan explained. This is just one example of how the iconic designer made clothes for real women.

3. She was the first designer to tap a personality for social media.

“DKNY PR Girl,” is the now famous personality behind DKNY’s Twitter account, but when it came to early social media use by fashion brands, Karan was well ahead of the curve by choosing to tap a single person with a point of view to run the brand’s social media offering. 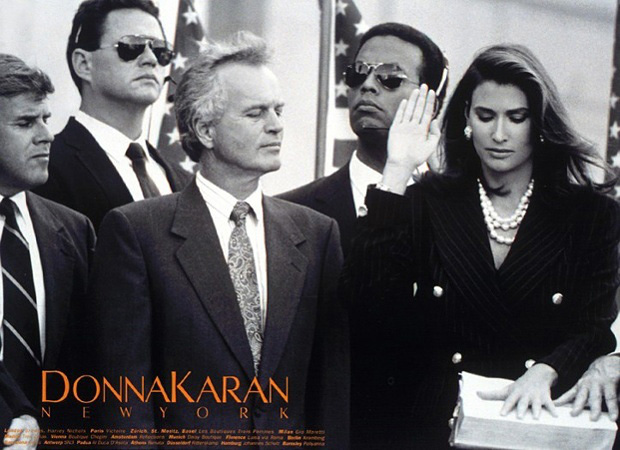 4. She championed the idea of a female president back in 1992.

Long before it looked likely that America could have a female president, Karan introduced what’s now one of her most iconic campaigns, In Women We Trust. The 1992 campaign, shot by Peter Lindbergh, shows model Rosemary McGrotha being sworn in as president–wearing a fabulous, Donna Karan double-breasted blazer, naturally.

More: The Pitch gives women a platform to sell their visions (WATCH)

5. She founded a major charity.

While she’s stepping back from the head designer role, Karan told WWD that she’ll be ramping up her philanthropy efforts. Now, she plans to spend more time at Urban Zen, the foundation she created following her husband’s death. Karan also runs a fashion and homeware brand of the same name, which donates 10 percent of profits to great causes, including post-earthquake relief in Haiti. 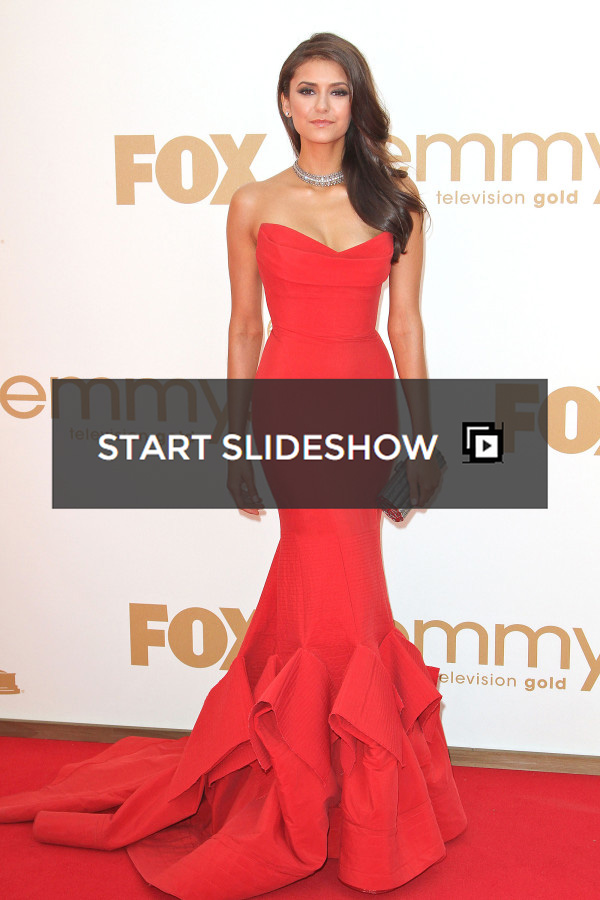 This piece was originally published on StyleCaster.

Super-Size Bottles of These Fan-Favorite Olaplex Products Are on a Rare Sale, But Hurry Because They’re Selling Fast