On Saturday, CNN reporter Lucy Pawle breathlessly reported that a London gay pride parade had been infiltrated by ISIS. It hadn’t.

Pawle had seen a group march by in the gay pride parade, holding a large, black flag she assumed was none other than the flag of the nightmarish terrorist organization ISIS, known for crimes against homosexuals, like hurling them off a roof to their deaths.

It wasn’t an ISIS flag, though. It was actually an advertisement for sex toys and butt plugs.

But CNN didn’t realize the super-embarrassing mistake until it had dedicated several minutes to reporting the fake story under the headline “ISIS flag spotted at gay pride parade.”

“If you look at the flag, it’s clearly not Arabic,” Pawle explained, breaking down the story in her best serious-reporter voice. “In fact, it looks like it could be gobbledygook.” 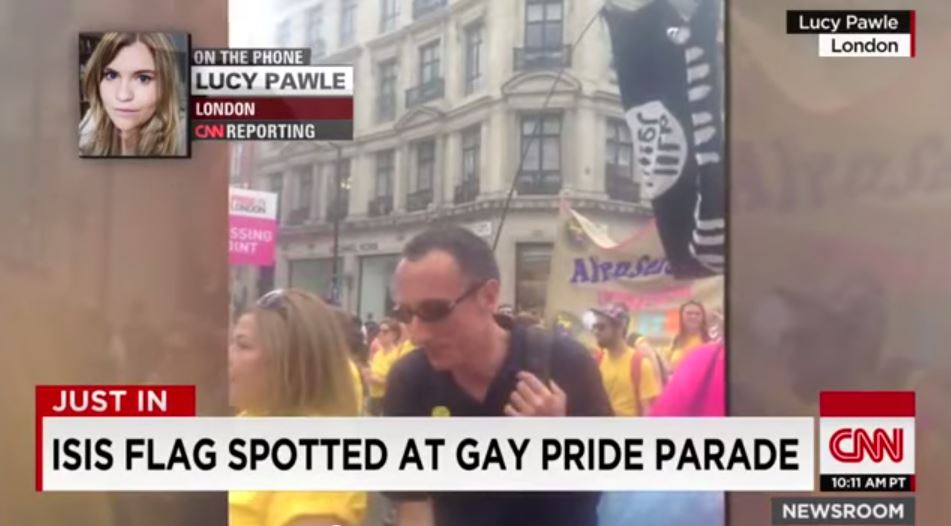 So she was half right. It wasn’t Arabic, but it wasn’t gobbledygook either. It’s several illustrations of a variety of different sex toys, butt plugs — you know, marital aids.

“I seem to be the only person who has spotted this,” Pawle said. Yeah, you do, Lois Lane. You really do.

For its part, CNN finally realized the super-embarrassing mistake and took all traces of the story off its website.

But don’t worry, here’s the segment in all its failed glory.