Remember that fierce teen who designed her own prom dress that broke the internet? Well it turns out, she got her debut as a professional designer a lot sooner than we all thought she might. Naturi Naughton wore a dress designed and created by her to the BET Awards last night!

Just a little over three weeks ago, Kyemah McEntyre went to her prom in a knockout dress of her own design and not only won the night, but all our hearts. She took a traditional-looking tribal pattern and modernized it by giving the dress a low-cut V-neck, long sleeves and a billowing, A-line skirt. The quote on her Instagram page captured her efforts succinctly, “don’t let anyone define you. Beautiful things happen when you take pride in yourself.”

Now see how far she’s already come thanks to the power of the internet. Rapper and actress Naturi Naughton commissioned the 18-year-old to make a dress for her for the BET Awards. Naturi, like the rest of us, fell in love with McEntyre’s prom dress design, and asked for a similar look for the award show that aired this past Sunday night. The resulting dress certainly had the mark of the teen’s signature style. 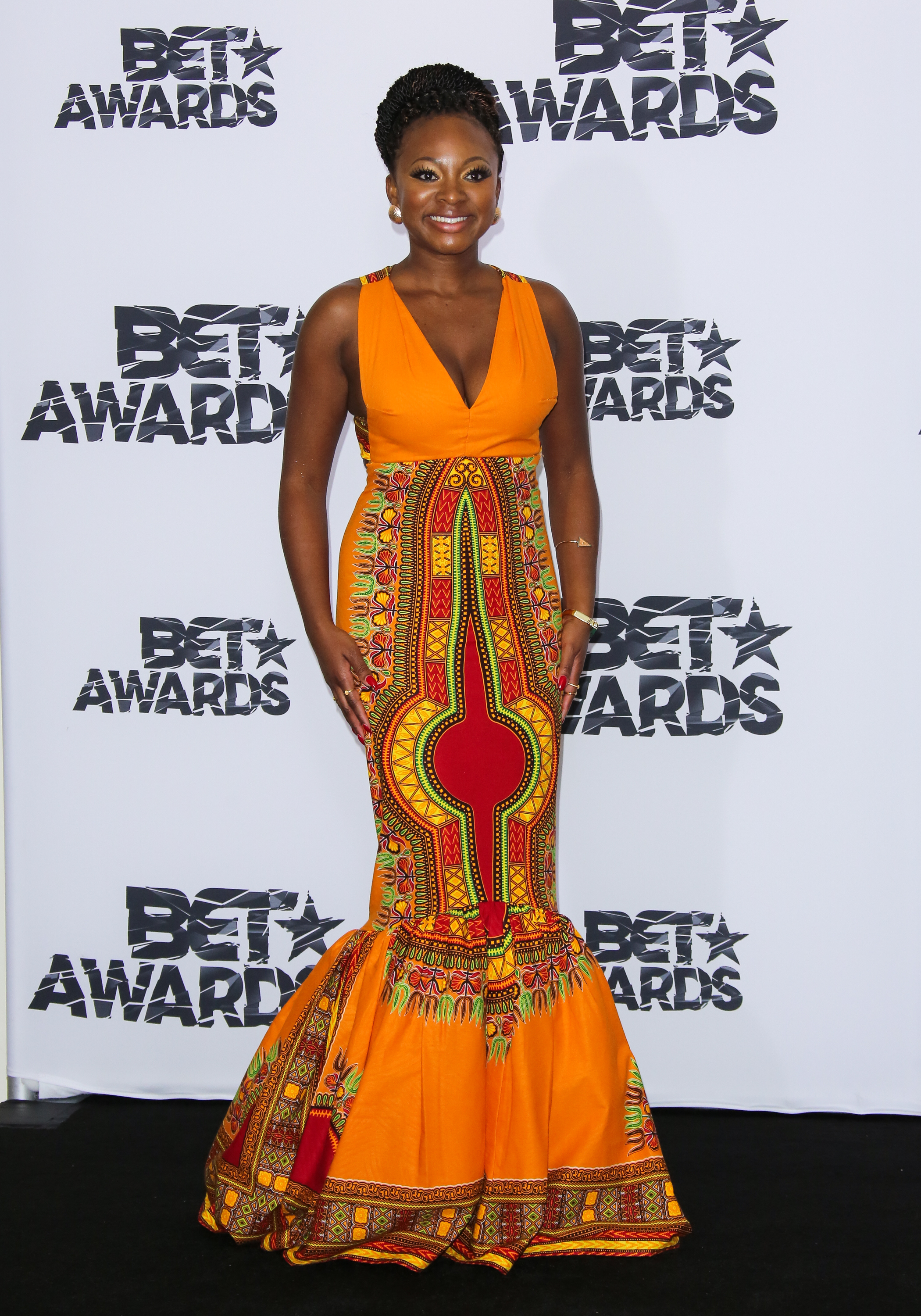 The pattern and cut of the dress are definitely bold and eye-catching. The low V-neck looked stunningly sexy on Naturi’s curvaceous figure. The bright orange overall color also worked well with the actress’ glowing skin and dark hair. However, several fashion and style blogs have put the dress on their “worst dressed” list, because they think it’s “too busy.” EOnline tried to be nice about it but still called the dress’ mermaid style “stiff.” Personally, I think they’re being a little harsh — it is, after all, the young designer’s first foray into the fashion world, and considering that, I think it holds its ground quite well against the others.

However, the red carpet isn’t as forgiving as, say, Dancing With the Stars — you won’t get sympathy votes just because you’re still learning. That being said, McEntyre did quite well considering the time constraint on the dress and the number of fashion sharks just waiting to tear any design that’s slightly off-point apart. I think with a few years of fashion school under her belt, she’ll be fully equipped to conquer the red carpet. Let’s just hope there are more stars like Naturi out there willing to take a chance on her.