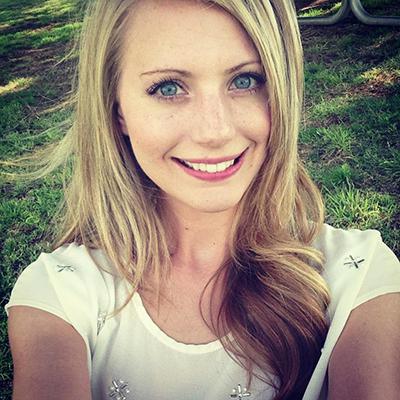 Before last winter, I was like every other Orange is the New Black binge watcher, hooked on the tumultuous relationship between Piper and Alex and the hilarious exchanges between Taystee and Poussey. But the weekend Season 3 premiered, I drove my car to Goodyear, Arizona to visit my 25-year-old sister in prison for the first time since she was arrested on drug charges last November.

I was anxious about my first visit, because all I really knew of prison was what I’d seen on TV, and what little I could remember of a field trip we took to a prison in elementary school. I remember our guide telling my class, “This is where bad guys go when they get in trouble.” They’re always described as bad guys, right? Good guys are cops, bad guys are prisoners. Orange is the New Black shows us that’s simply not true.

I entered the prison through security and met my sister in the visitation area. A sign on the wall told me I could hug her once when saying hello, and once when saying goodbye. We spent four hours talking about everything we’ve missed out on in each other’s lives over the past seven months. She told me about her “bunkie,” an illiterate woman in her 50s who she reads to on a regular basis. She told me how excited she was to get the best job in the prison, working in the library for 15 cents an hour. She told me about her dreams for the future, how she’s been writing songs and wants to pursue a career in music when she gets out.

I scanned the room and saw nothing but normal-looking women sitting around us. Women with big personalities like Taystee and Poussey. With big hearts like Morello and Red. These aren’t “bad guys,” I thought to myself. They are, for the most part, good people who made mistakes and are paying the price.

When I watch Orange is the New Black now, I see the characters and deeply empathize with all the women currently under control of the criminal justice system; women like Daya who want to be home with their babies. Like Red, whose businesses crumble in their absence.

I watch it and I see my baby sis. Running the track to pass the time. Enjoying a cigarette in the yard, one of the few freedoms she hasn’t been stripped of. And I’m so thankful that because of this TV series, others might have a better understanding, too. That the 2.2 million prisoners in the U.S. can eventually go home to their families and not feel ashamed.

I know that my sister’s entrance back into society isn’t going to be an easy one. She’ll struggle with addiction for the rest of her life. Though she’ll have the support of her friends and family and all those who know and love her for who she is, my real hope is that the rest of society will accept her, too. That she’ll be welcomed back into the community, not as a “bad guy” but as a young woman who has reformed her life, and just wants a second chance.

If Orange is the New Black does anything other than entertain, I hope it’s that.