If you’re moving to Texas, there are a few things you need to know before you get here.

1. Everything really is bigger in Texas 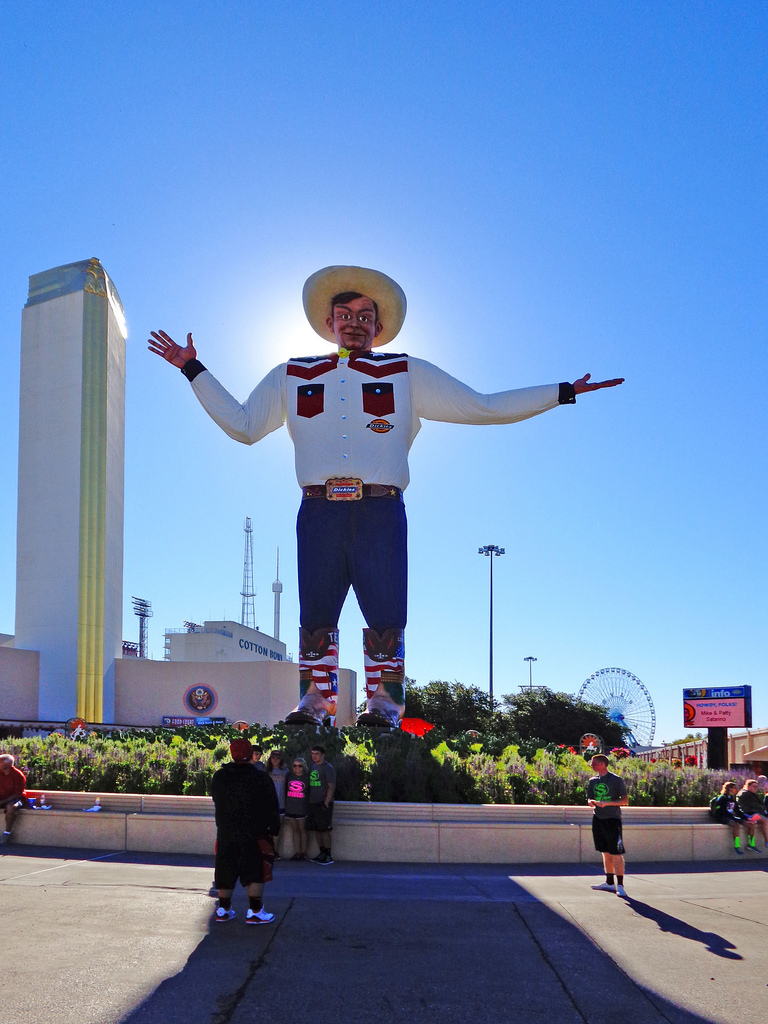 Don’t be alarmed if some things seem obnoxiously large. We have a lot of space to fill up.

And it applies to more than littering. Everything in our state is just totally awesome, so this shouldn’t be a problem.

3. The answer to the Shake Shack or In-N-Out debate… is “Whataburger”

You don’t need special sauce or hand-spun milkshakes when you have mustard, pickles, lettuce, onions and spicy ketchup for the french fries.

At least there’s one thing we agree with Tim Tebow about.

5. This is a homecoming mum

Make sure yours is regulation weight, or you’ll be in the same spot as Tom Brady. 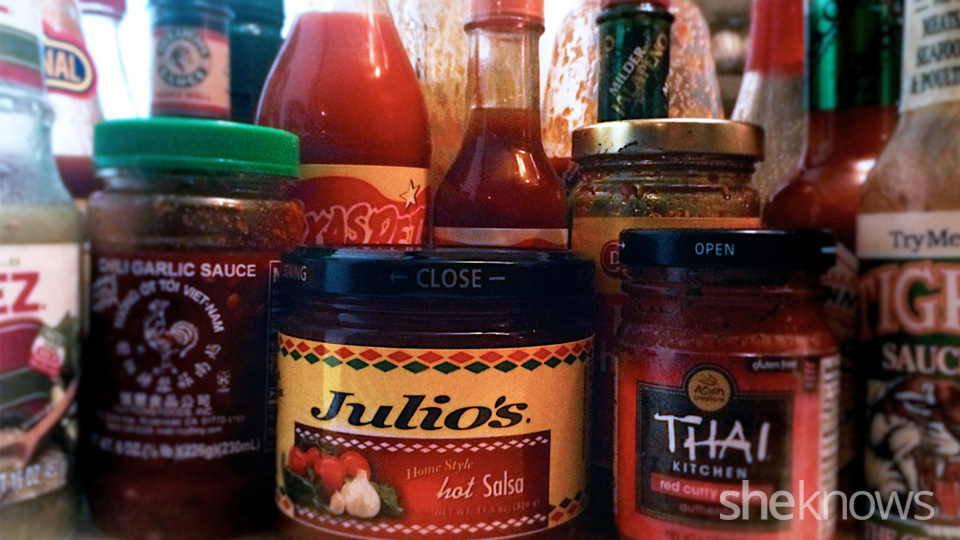 Image: Heather Barnett/SheKnows (This is my personal salsa and hot sauce collection, not a restaurant’s.)

Salsa and hot sauce are the only things we’re willing to admit other states and countries do as well as we do.

7. If you’re moving to a small town, this may be your only restaurant 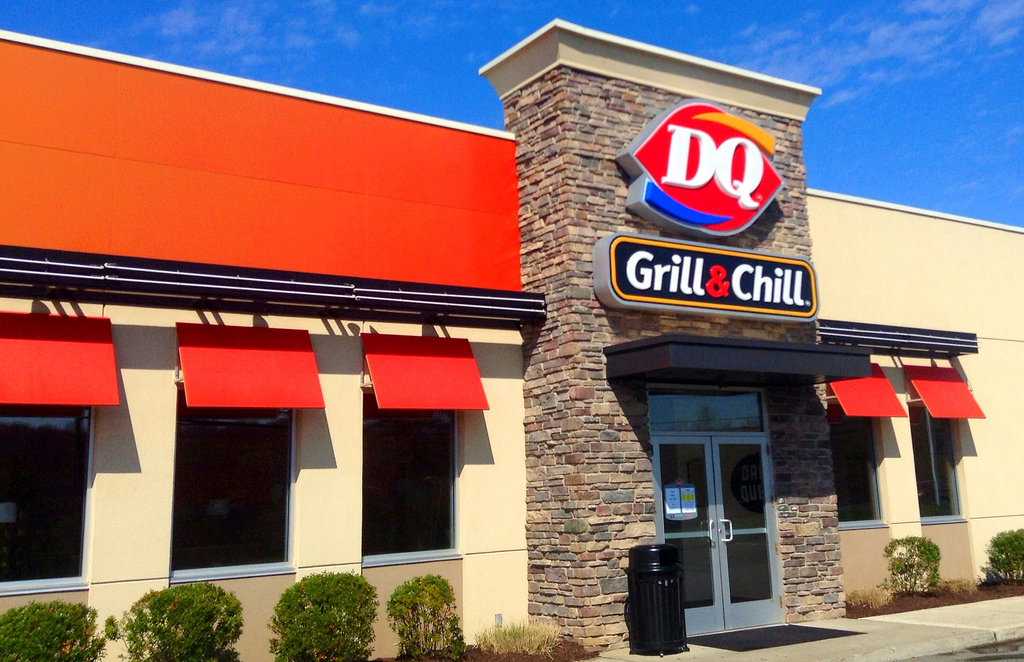 But that’s OK. I recommend the Steak Finger Basket with a Peanut Buster Parfait for dessert.

8. You might need to learn how to behave around horses 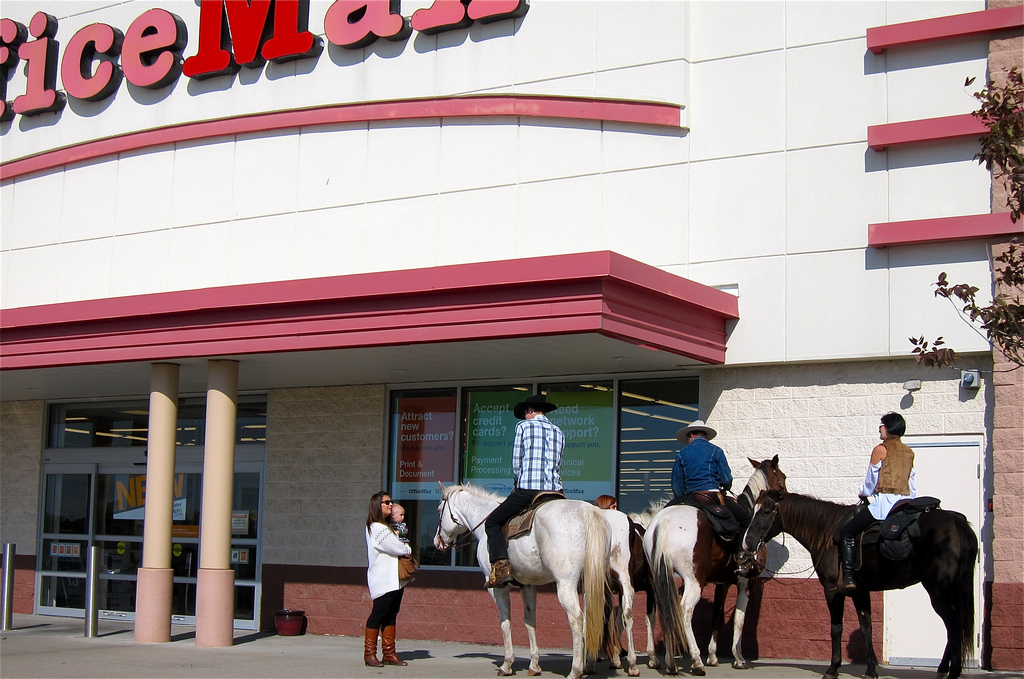 It’s legal for horses to be ridden on most roads in Texas, but this vehicle has a mind of its own, so make sure you know how to drive when they’re around.

9. There are fences everywhere 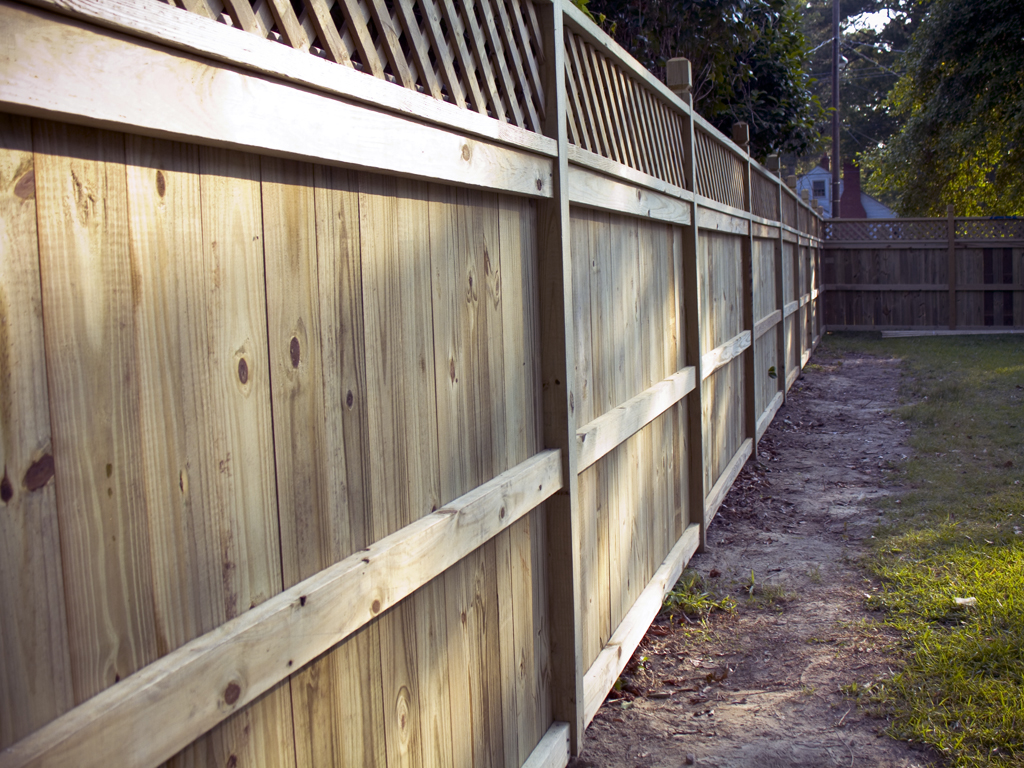 Texans value their privacy and can be pretty territorial. Don’t take it personally. We just like to decide when we want to be friendly with the neighbors.

10. That’s not a walking rock, it’s an armadillo

The armadillo is our official state mammal, and they may look alien, but they’re really sweet and super-cute. And that’s not the only reason to avoid running over them. In fact, unless your car’s heavy or you hit them just right, they have a pretty good chance of survival with all that natural body armor. Your car probably won’t fare as well.

They’re everywhere. The first day of deer season is practically a holiday.

12. Try to think of your daily commute like a NASCAR race 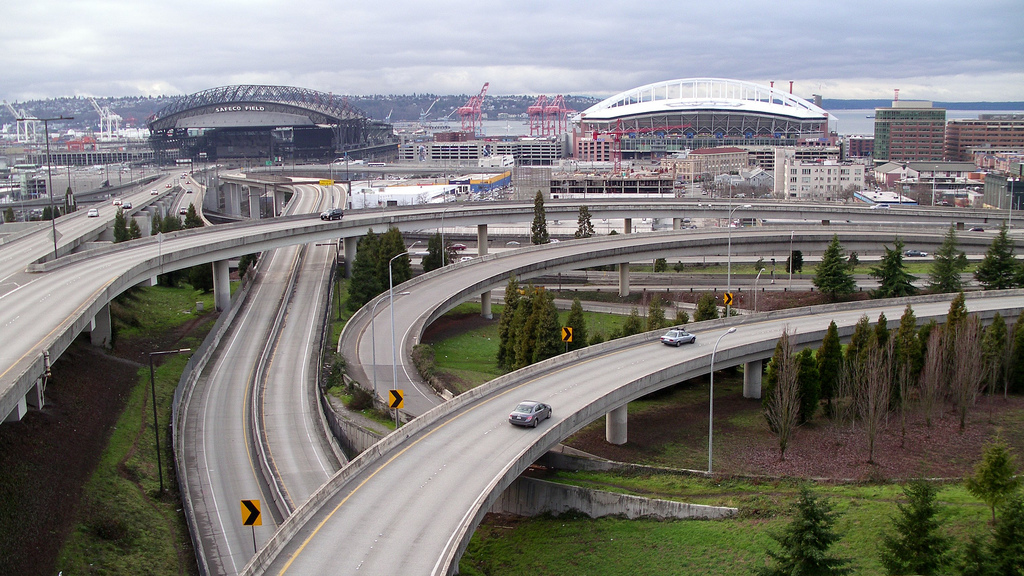 Image: rutlo/Flickr (A slow day on the Highway Five Interchange, aka the Mixmaster, in Dallas, Texas.)

We go fast, change lanes a lot (usually to get around Oklahoma drivers) and lose all respect for personal “boundaries” when we’re behind the wheel (read: we will tailgate you if you don’t speed up). Just go with the flow of traffic, and try to remember as much as humanly possible that slow traffic should stay to the right. But as convenient as it may seem to go 85 when you have to drive four hours, you might hold off on that until you learn where the speed traps are.

13. We love our pickup trucks 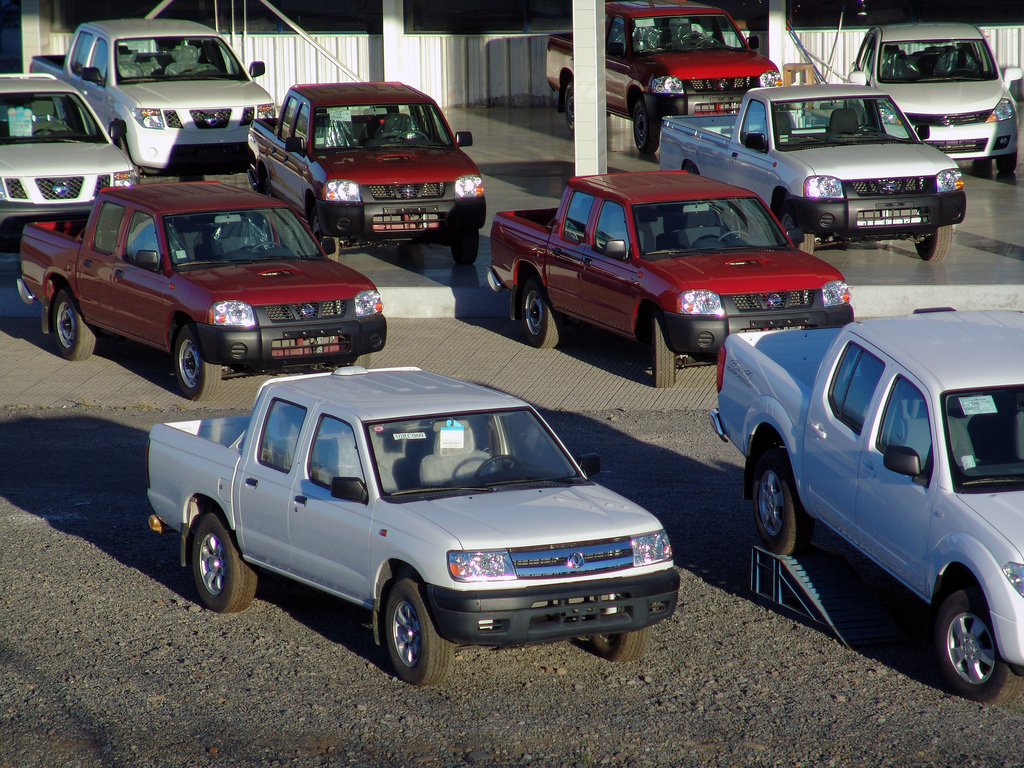 Even the cities are full of pickups, whether the driver needs a pickup or not. Be forewarned that they’re the most aggressive of the NASCAR-type drivers, and just because you think a pickup is supposed to be a workhorse doesn’t mean the driver won’t lose it if you scratch or dent it.

Even the slightest hint that it will snow tomorrow will send us in a mad panic to the grocery store to stock up on food and provisions. Chances are, all the schools will close or be delayed, and you may not have to go to work. The whole area will pretty much shut down over a few inches of snow or ice.

15. Hearing the word “tornado” doesn’t send us into a tizzy for a reason 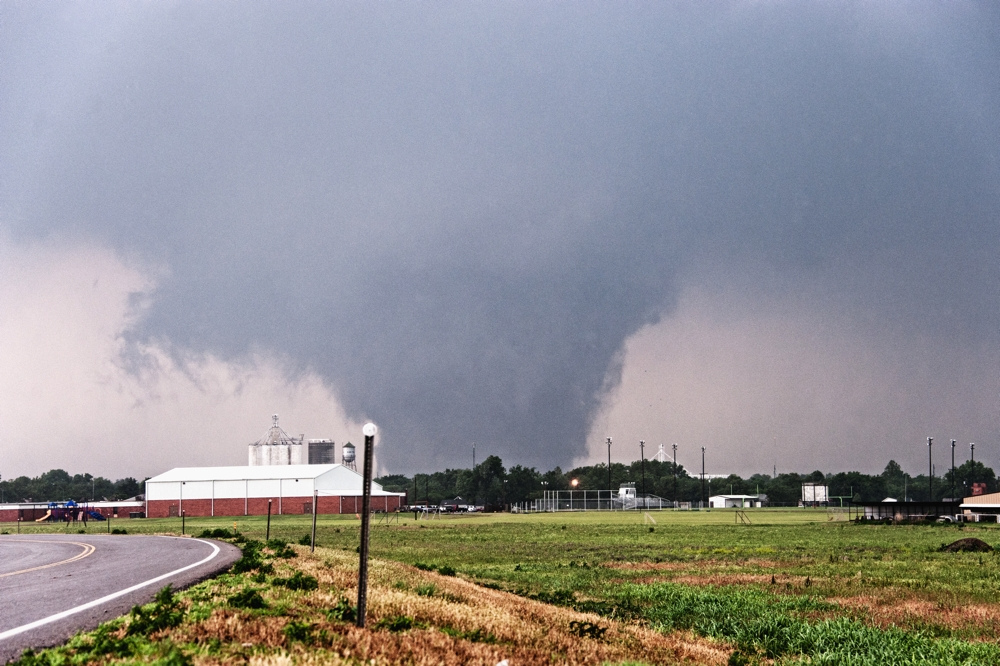 Tornadoes are, of course, serious business, and they’re far from unique to Texas, but a lot of transplants don’t understand enough to either avoid panicking or doing something stupid, like trying to get a glimpse. A tornado watch just means conditions are right for a tornado. There’s no reason to panic. Think of it like ovulation. Just because you’re ovulating doesn’t mean you’ll get pregnant. A tornado warning means one has hit the ground. In that case, scramble to safety ASAP. If you want to see a tornado, go to YouTube.

If you’re out to eat and order a Coke, don’t be surprised if someone asks you what kind. “Customer: Can I have a coke? Waiter: What kind? Customer: Dr. Pepper” is a totally normal conversation here.

17. Tex-Mex is too authentic 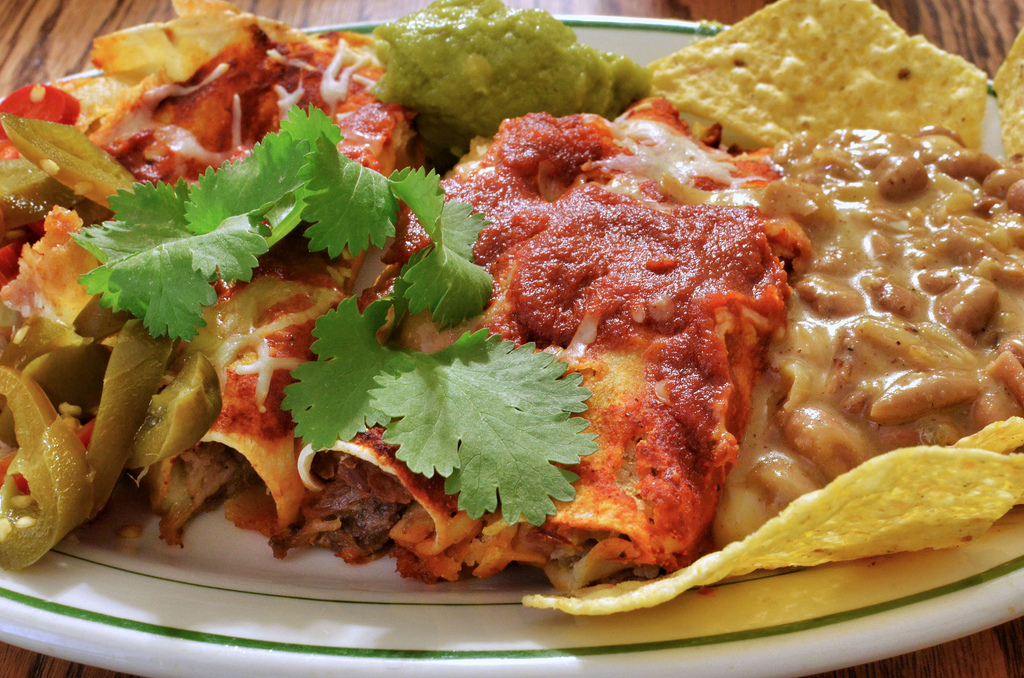 In Texas, we serve Tex-Mex. If you want authentic Mexican food, Mexico is only a few hours away, and some Mexican restaurants here do serve both. Not only is Tex-Mex perfectly authentic Tex-Mex, but Texas was once part of Mexico, meaning it’s more of a Mexican regional cuisine. When we won our independence, they didn’t take their food back (thank you, Mexico!).

When you get here, you’ll need to learn words and phrases like “y’all,” but that’s not it. “Fixin’ to” means about to, “over yonder” means over in the distance… well, maybe you should just take a look at this guide to Southern speaking. 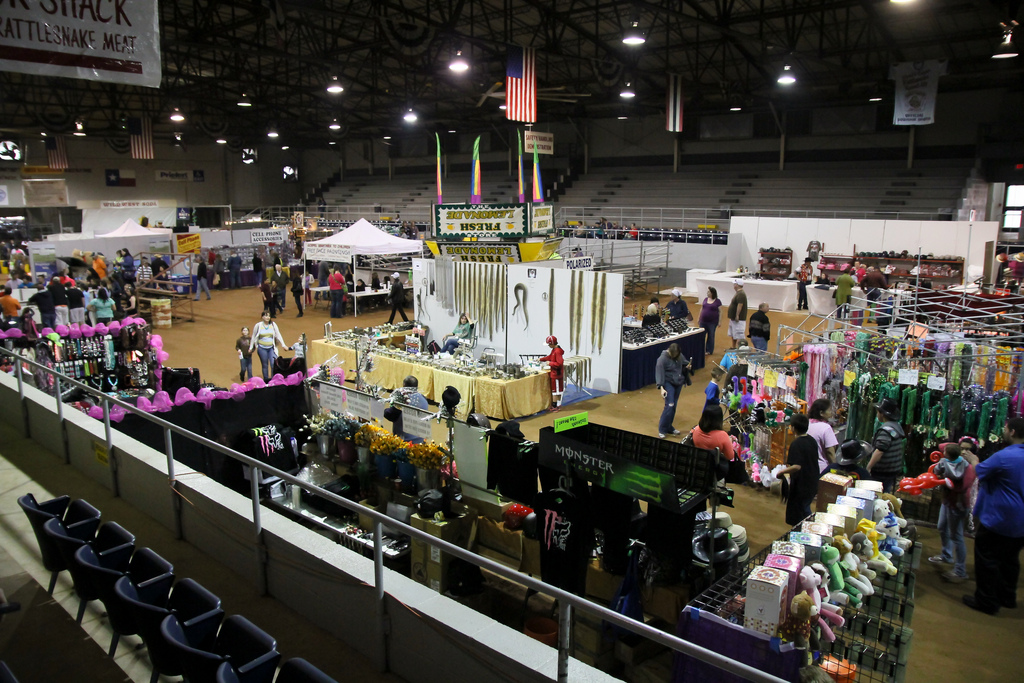 The rattlesnake roundup in Sweetwater is the largest one in the world. It was created in 1958 as a clever way to encourage people to help control the population of this deadly snake, but that doesn’t mean it isn’t fun. You can participate in hunts, watch or participate in beauty or eating contests, check out the vendors selling snakeskin products, learn to skin and clean a rattlesnake and even taste one. Don’t worry, they basically taste like whitefish.

20. You don’t know what proud is until you’ve met a Texan 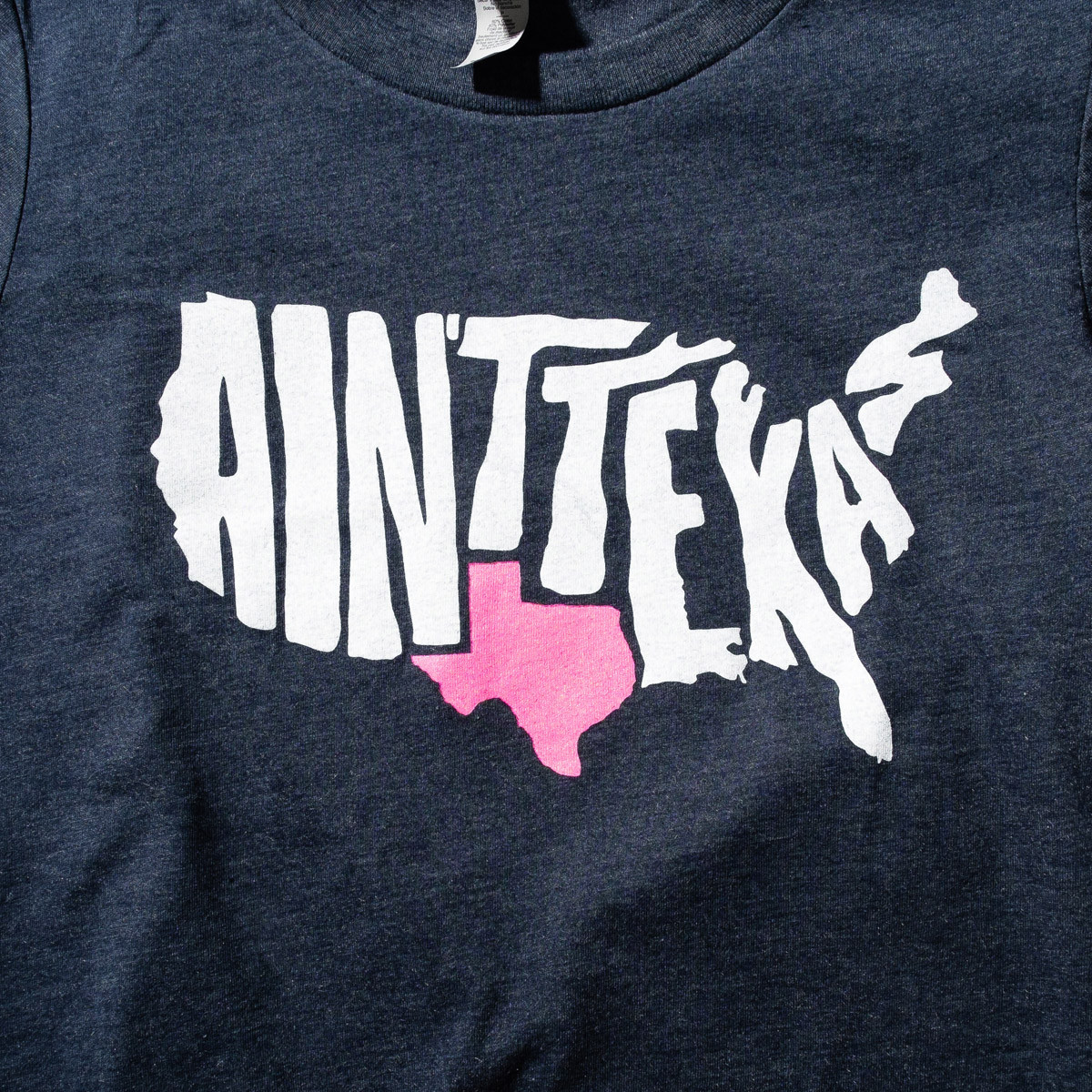 The reason we’re so proud is because we live in the best place in the world. Ask anyone here, and they’ll tell you.

23 hrs ago
by Krista Bennett DeMaio