Michelle Beadle sticks out for more than a few reasons. Right out of the gate, she’s funny and irreverent. She has also broken through some glaring gender barriers in her rise to the top as the cohost of ESPN2’s SportsNation. Whoever said women don’t like sports and women can’t be funny just needs to go sit next to Beadle for a few. 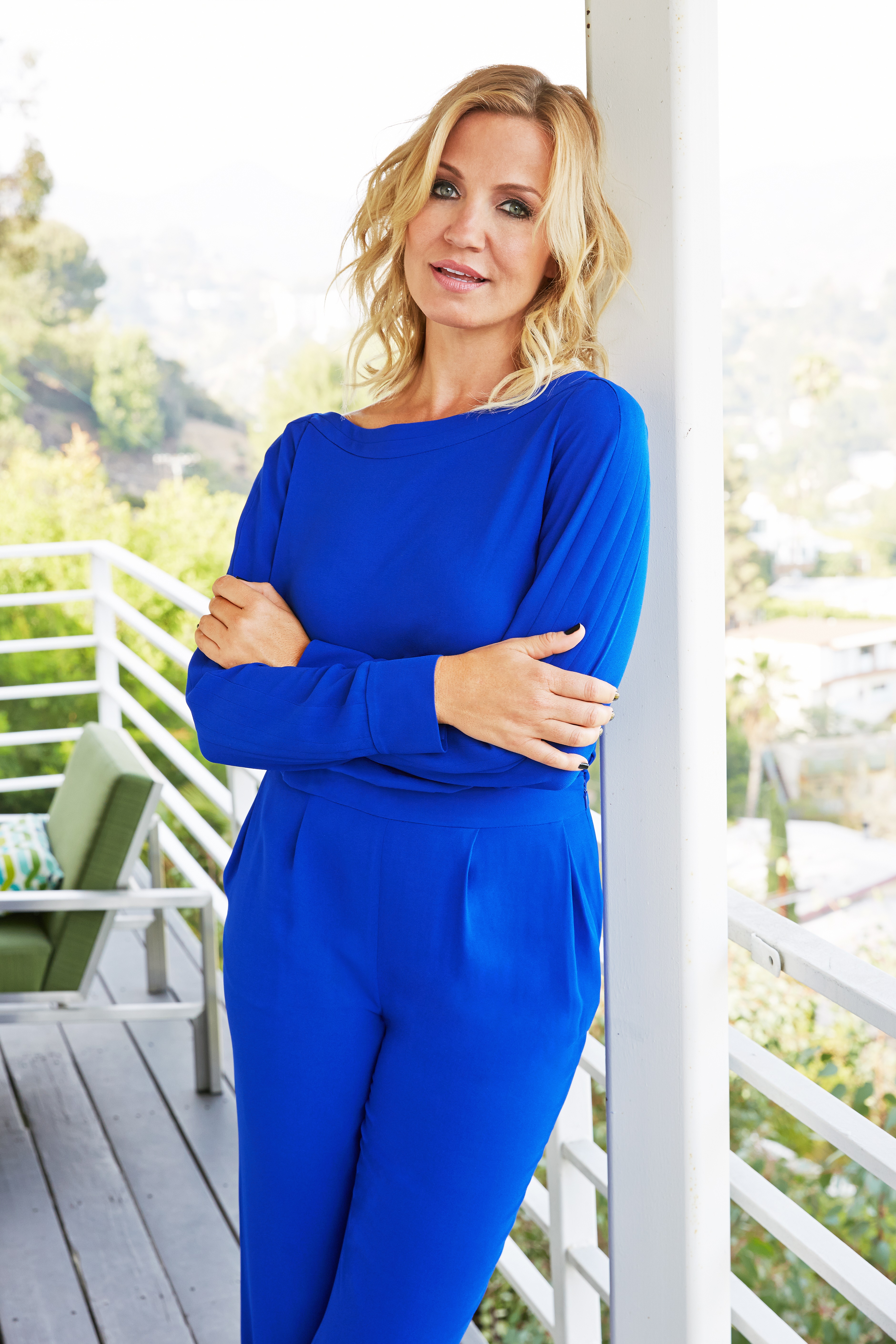 By swimming against the tide in the “man’s world” of sports entertainment, Beadle has gathered quite a following — more than 1 million Twitter followers, to be exact. After knowing what I now know about 39-year-old Beadle’s gender-stereotype-busting in the sports entertainment world — mostly by refusing to play nice in her commentary — I was more than excited to chat with this outspoken career woman on behalf of SheKnows. (I also found out we basically grew up as neighbors in the same area of South Texas. Go, Spurs, go!)

Beadle took a few minutes out of her busy schedule to talk about what it’s like to work as a successful woman in sports entertainment who’s “always been a feminist:”

SK: How long have you worked at ESPN?

“I worked there originally for three years and then I left for almost two. I came back again and am now starting my second year. It’s been about five years before I even realized it. It was nice to have a little break in the middle [laughs].”

More: People are hating on ESPN and Caitlyn Jenner for her ESPY Award

SK: What’s it like to work as a woman in a predominantly male environment?

“I get asked that question a lot, but I guess I don’t even really think about it. I just feel comfortable in what I do. For the most part, I’ve never minded. You know, I came in with a sense of self — I felt really comfortable because I didn’t know any better, and that has really helped me along the way as far as not having to worry about the genders. It’s just been a fun ride.”

SK: How have you changed the male culture of ESPN?

“I mean, I can’t even begin to imagine that I’ve changed anyone, let alone ESPN [laughs]. I think the change has been more generational, you know, each year as more and more people come in, it becomes more common for women to be there. There were a couple of us, and now there are more of us… I love it. It’s a constant, evolving process, and each generation has, even begrudgingly, accepted. And there are certain people you are never going to change, but that’s just across-the-board in all walks of life.”

SK: Would you consider yourself a feminist?

“Yes. I have always considered myself a feminist anyway. The thing is, I grew up in a small town, and it was different, and we were told we couldn’t wear pants for our high school graduation, and there were certain expectations — and I remember thinking, ‘This isn’t right.’ But I had a hippie mom from a different country raising me, and there was always a different outlook than one way of looking at life, and I am so grateful for that in hindsight. But at the time, I didn’t know how good I had it because I was never taught anything more than just being the best I could be — in sports or school or anything. Looks weren’t a part of it. I had friends who were told to be pretty and find a husband, and I see them suffering now. It’s bizarre how what you’re told when you’re 12, 14, 15 has such a long-lasting effects. But I’ve always been a feminist. I’ve always wanted women to rise up and be as great as they can be and not take no for an answer.”

“I was always interested in sports, but I was always playing them. It really has been one thing that I jumped on at 12, 13, and has stuck with me for decades now. I think that’s why I’ve always loved sports so much, just the drama and the people — sometimes you can’t even script the stuff that happens in sports.”

SK: What do you think of gender stereotypes that may hold young girls back from pursuing their love of sports?

“Growing up in a small town like Boerne, it was hard because there was a certain way things were done. There was a way it was going to be, and people didn’t want to stray from that. Now it’s better, especially now, having way more opportunities. I think it’s great. I’m impressed by all of it. You can play now in junior high school, high school and college and actually go on, and it’s not over.”

SK: How have opportunities for women working in sports changed?

“There’s just so much more for us to do. We’re allowed to have opinions.”

SK: Do you have any advice for women who want a career in sports entertainment?

“This is a great piece of advice given to me, since you can sometimes get in your own way, but just be yourself. You can paint yourself into a corner with trying to have your own persona. Ask questions — don’t just pretend to know something and come off as an obnoxious know-it-all. We’re always told that there are no stupid questions, which is a lie by the way, because there are stupid questions [laughs], but no one’s going to get hurt by you asking. Do your homework, be yourself and ask questions. And just don’t be a jerk, you know, be a good person to work around. The next thing you know, you have a reputation for the talent being a jerk, and you don’t want to be that guy.”