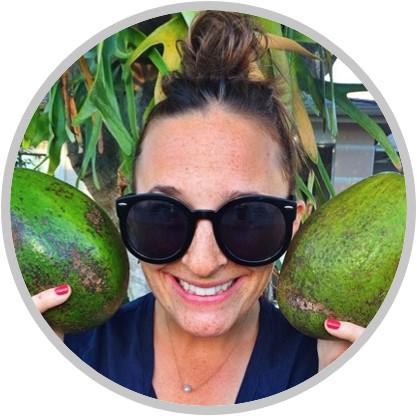 10 Most interesting foods you can find in food trucks across the U.S.

A food trailer that’s entirely made of doughnuts. You could spend an hour deciding what to order but I’ll make it easy for you and narrow it down to two. The Mother Clucker, a fried chicken doughnut with honey butter. Whoa! And then you’ll need a Heavenly Hash, which is a doughnut topped with marshmallows and chocolate fudge with brownie bites on top.

Home of the Double Awesome. I mean, the name alone is enough to get anyone to order it. But once you have it in your hands you’ll come to learn that it’s the most glorious scallion pancake sandwich with green pesto, cheddar and then poached and fried eggs. Whaaaat? Genius.

I mean, what’s not to love about a food truck in the heart of Columbus that’s dedicated to all things potatoes? Sign me up! Depending on your style you can pick and choose your own creation or go with one of their loaded fry suggestions. If I may, I think you must go with the poutine! Local cheese curds loaded up on top of natural cut fries, tots or sweet potato fries? Basically these are loaded potatoes to end all loaded potatoes!

Two words… The Situation. Slow-cooked sirloin in Negra Modelo over smoked Gouda sweet potato mash with roasted onions and house crema. All you need to focus on is the fact that the sirloin is slowly cooked in Negra Modelo. #winning

The menu changes on a day-to-day basis but here’s the deal… their sweet potato taco with braised leeks, Oaxaca cheese and red chili peppers is out of this world. Who would have thought that a vegetarian taco was a game changer… but it is!

Perhaps you’ve never heard of Marfa? I hadn’t until I drove through it a few years ago. It’s a random little down in Texas with a population of about 2,000 people. Who would know that it’s home to the most epic food truck that’s dishing out the Marfalafel. It’s the most perfectly crafted falafel with hummus served on a large flour tortilla filled with fresh romaine lettuce, tomatoes, cucumbers, red onion, tahini, yogurt and harissa sauce.

Hangover heaven. It’s number one on my list the next time I’m in Nashville and I’d gladly brave any line with any kind of hangover to indulge in the best Chilequiles on the planet. Fried tortilla strips doused with sauce and topped with an egg. Done and done.

It’s impossible to talk about food trucks across America and not include something that’s of the lobster or crab roll variety! Perhaps one of my favorite summer indulgences comes from Luke’s Lobster in New York City! Their Nauti Mobile roams the streets of NYC serving up lobster rolls, shrimp rolls and perhaps the very best crab roll I’ve ever tasted! It’s Maine style seafood served on a buttered and toasted New England split-tip bun and topped with a little bit of mayo, a sprinkle of lemon butter and some secret spices that will rock your world!

Chicken and Rice. That’s your only option and it doesn’t sound like much but it’s literally the most amazing chicken and rice you’ll ever consume in your entire life. It’s enough to make you want to move to Portland!

Order the MAXImus; it’s a pulled pork sandwich with hot and spicy notes from the peppers and onions… and top it off with Beecher’s Flagship cheese and slaw… because you always need slaw!

This GPS Pet Tracker Gives You Peace of Mind if Your Pup Has Wanderlust, & You Can Grab on for 40% Off