When 6-year-old Owen left his favorite stuffed tiger, Hobbes, at the Tampa Airport, he was pretty upset.

As soon as Owen’s mother realized they had lost the little tiger, she called the airport’s lost and found, hoping someone had found him.

Sure enough, the tiger was found next to the kids’ play area. But instead of putting the tiger in a box until Owen returned, the staff at Tampa International Airport decided to send Hobbes on an adventure of his own. 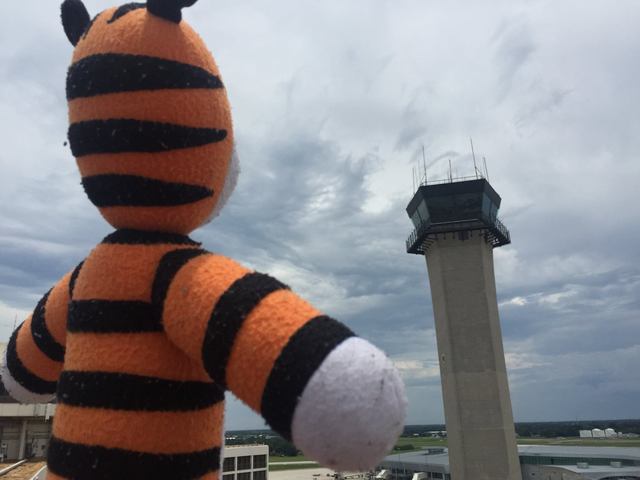 Airport operations manager Tony D’Aiuto took Hobbes, the stuffed tiger, on a VIP tour of the airport and photographed the whole thing for Owen so he would know Hobbes has been in good hands while he was away. Here’s Hobbes checking into the Marriott hotel at the airport. 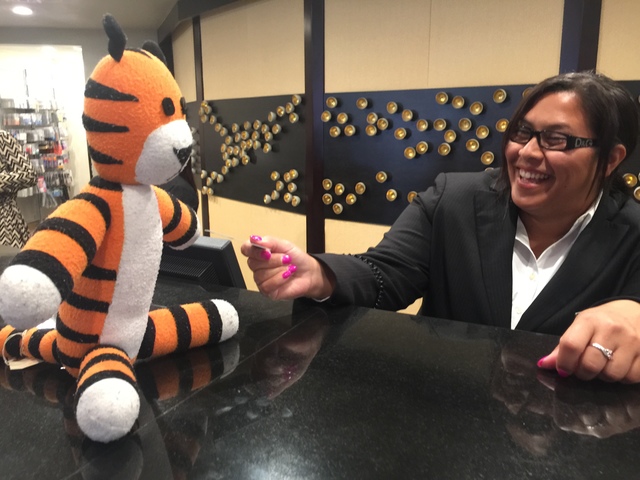 “I pitched this idea a couple of months ago after I saw a similar idea where someone took a stuffed lion around a museum,” D’Aiuto said in a statement put out by the airport on Monday. 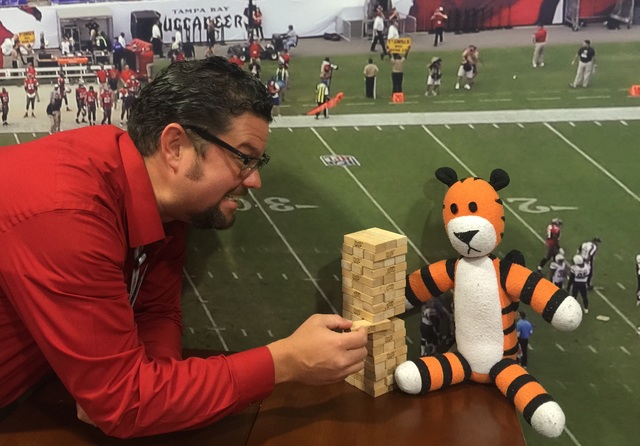 He noted that the photos were taken during his lunch hour. “This seemed like the perfect opportunity.”

Here’s Hobbes trying to decide which flavor of gelato to choose. 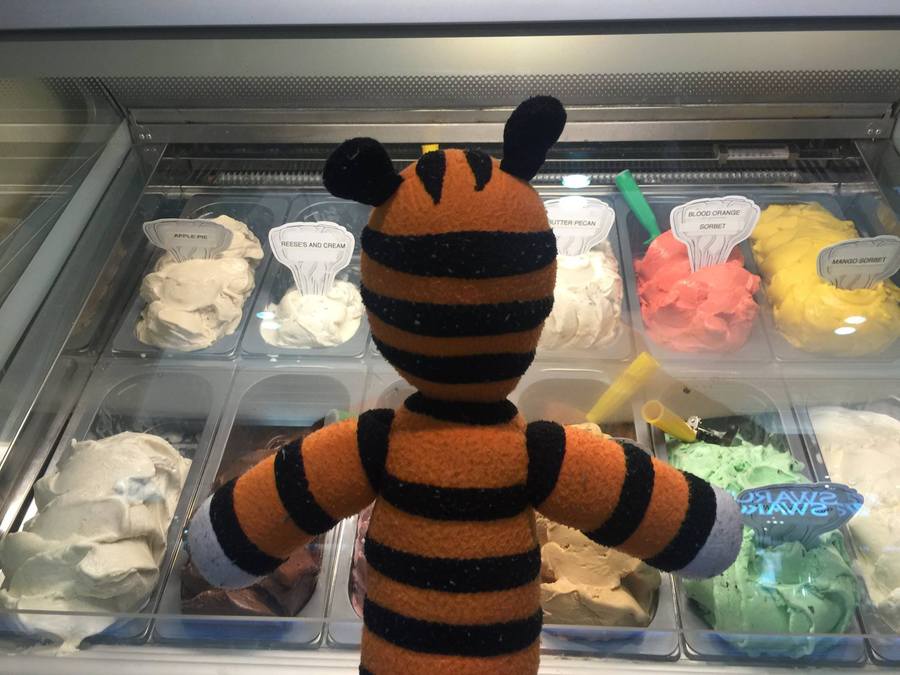 At the end of the tour, D’Aiuto used a photo book coupon to make a keepsake for Owen of Hobbes’ fun time hanging out at the airport. When Owen got home to Tampa, both Hobbes and the photo book explaining what Hobbes had been up to while Owen was away were waiting for him. 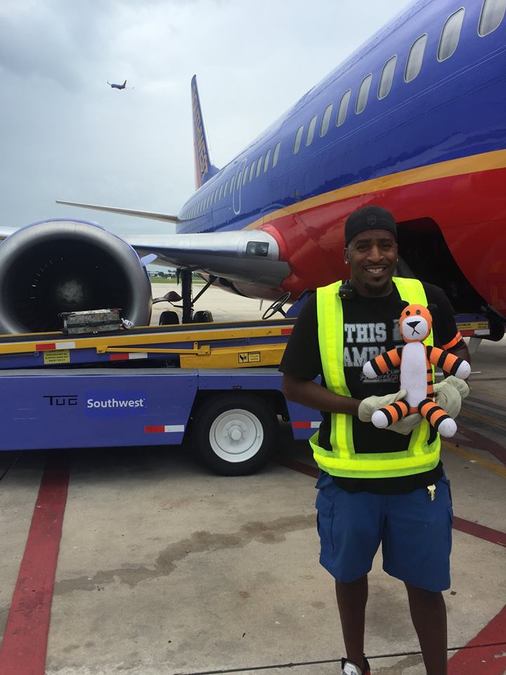 “When Owen asked for Hobbes on the plane, my husband and I looked at each other, and our hearts sunk. We knew he was left behind,” Lake said through tears. “Owen really loves him. He’s special, and we are so thankful for the airport and what they did.”

Here’s Owen being reunited with Hobbes and gifted the photo book. 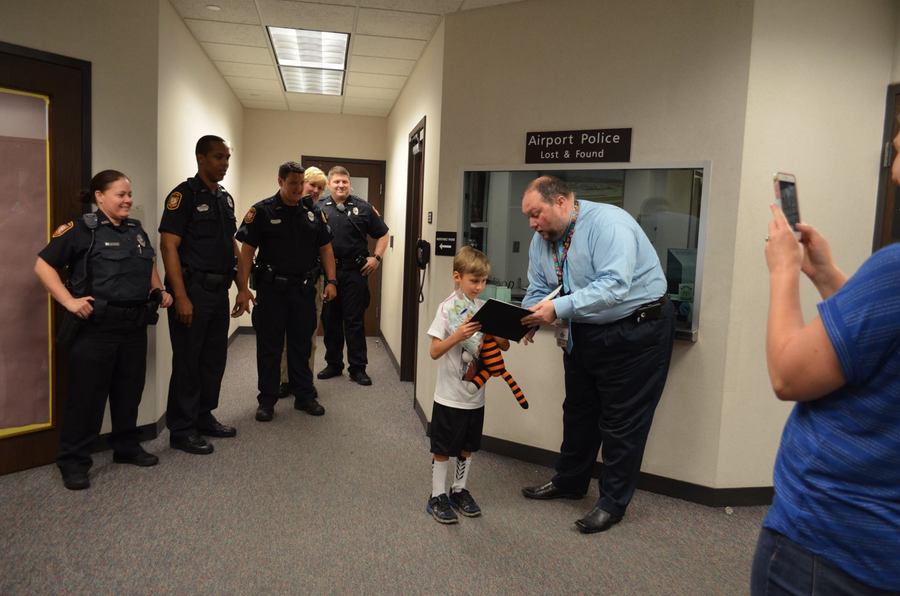 Nice job to everyone at the Tampa International Airport for going the extra mile to make a little boy with a lost toy smile.