When the news broke about former Spokane NAACP leader Rachel Dolezal, who stepped down as of today, being a white woman posing as Black, I spent time commenting here and there on various media accounts. On more than one occasion, some friend-of-a-friend noted how much we look alike. It’s not a fair comparison, I believe, because it’s as superficial as her coloring of skin and eyes. I know far too well what it’s like to have my Blackness called into question. The difference, however, is that while we may both have a racially ambiguous look, I actually descend from the culture I call my own. 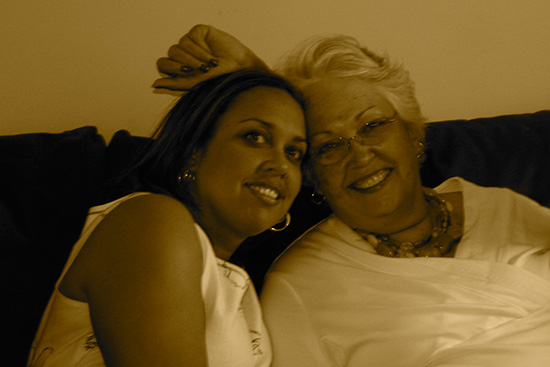 My parents actually got pregnant on purpose before they got married. My mom, a white German-Irish woman from a Catholic farm family in South Dakota was unsure about how her family would feel about her marrying a Black Catholic once-divorced older man from a working class family in New Orleans. They met in Chicago where they both worked and, one night, at a party, she stole his shoes he took off at the door and wouldn’t give them back until he paid her the attention she wanted.

My mother was pleasantly surprised, then, when her parents waved off the possibility of a mixed-race marriage in the late 60s and said, “Patti, you can’t possibly think we disapprove of this.” By that time, she was pregnant with my older sister and they married in South Dakota with my mom’s burgeoning belly in all the photos. I came along 14 months after my sister was born and we looked very different. She had brown eyes and dark brown hair and an olive complexion, a perfect mixture of my parents. I looked much whiter with blond hair and blue eyes and my skin didn’t darken up for a long time. In most photos, I look slightly tan until the summer months when I’d get as ‘brown as a berry’ as the saying goes. My dad would call me the Golden Child when I looked like that as everything turned bronze.

At the time of my birth, my mother had lived within a mixed-marriage-with-a-kid on the south side of Chicago and then later we moved to the culturally rich Hyde Park. She was a young mom getting accustomed to the stares and “Whose baby is that?” intrusiveness that came along with it. The nurse attending my mother at the time of my birth gave her a hard time about what she wanted to put on my birth certificate. Race, in Illinois, is still an item you must fill in when having a baby, and when my mother insisted that she wanted it to read “Mixed” or even “Mulatto” (a term she wasn’t terribly fond of but it would do) the nurse doubled down on her.

I don’t suppose the hospitals at that time or even earlier considered that anyone would ever marry outside their own race. What a mistake that was and one that comes with far more consequences than I originally thought when I looked at my own birth certificate one day.

“White? This says I’m White?” I asked my parents.

Instantly, I disliked that. Of the many matters in question that come with living in multiple spaces at once, one of them is that a hospital employee should never have the power to control your narrative or what you identify with before you even have the agency to identify yourself.

I suppose one could argue that yes, race is a construct and it doesn’t matter very much. That would be fine if we lived in an America that wasn’t built on racist colonialism or under a system of apartheid. This is what bothers me so much about Rachel Dolezal pretending to be a Black woman. She attempted to live, work and lead as a member of the Black community – teaching Africana Studies at a state college and leading the local NAACP chapter, all while using every stereotypical style of hair and dress to perpetuate her ruse. Basically, she appeared in blackface to tell the experiences of a Black woman to other Black women. That is offensive on a level that surprises even me and I’m a cynical woman.

It’s important to note that Rachel has quite a few holes in her stories. Most recently, it’s that her artwork is plagiarized from other artists, but the most damaging allegations by her are the racial hate crimes she’s “experienced”. There are real and true stories of police brutality that are being overshadowed by her co-opting of the struggle. With technology at our fingertips and the real-time video we see of the implicit bias that leads to police brutality or racism on college campuses, we’ve been hoodwinked into believing lies that de-legitimize Black violence by white police officers. Current history shows us the heartbreaking action Martese Johnson took to legitimize his life when his bloody face was on camera outside a bar in Charlottesville showed him yelling, “I go to UVA! I go to UVA!” On a related note, then, is what went down in McKinney, Texas where a teenager who lived in the subdivision was accosted by police and was questioned about going back to their Section 8 housing. In one week we went from seeing a young, bikini-clad 14-year-old Black girl being sat on by a police officer to hearing a white woman alleging racial hate crimes, none of which yielded any evidence for prosecution.

Next: Story continued on page 2