Wherever you are in the U.K. this summer you probably won’t be too far from a large rainbow flag. 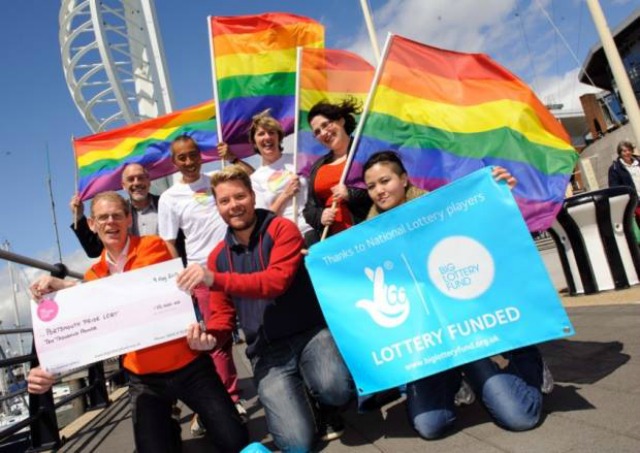 The Portsmouth Pride variety show promises the best of local entertainment featuring acts such as Carpenters Tribute, Blues Brothers by the Disco Divas and song and dance cabaret duo BlokeZone. The VIP guest speakers include human rights campaigner Peter Tatchell. Over 50 community groups and organisations will fill the “Pride Village” and the celebrations will continue into the early hours at the after party at Tiger Tiger. 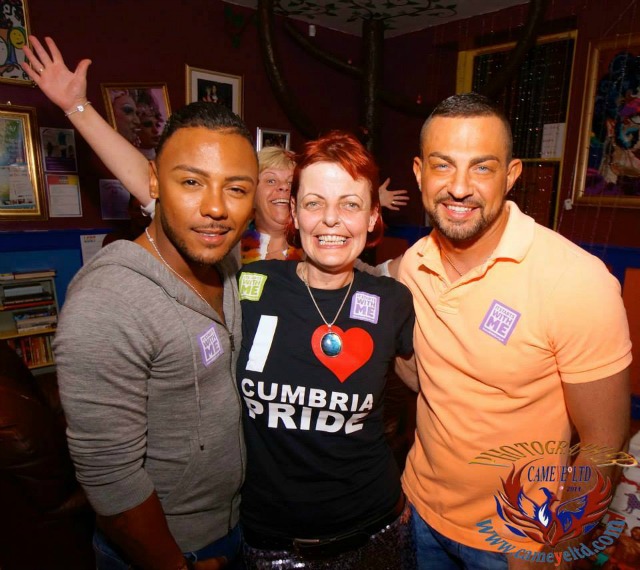 Stalls will be set up throughout Carlisle city centre to celebrate Cumbria Pride and acts providing entertainment include Marc Almond, Hardwicke Circus, Kelly Llorenna and The Three Degrees. 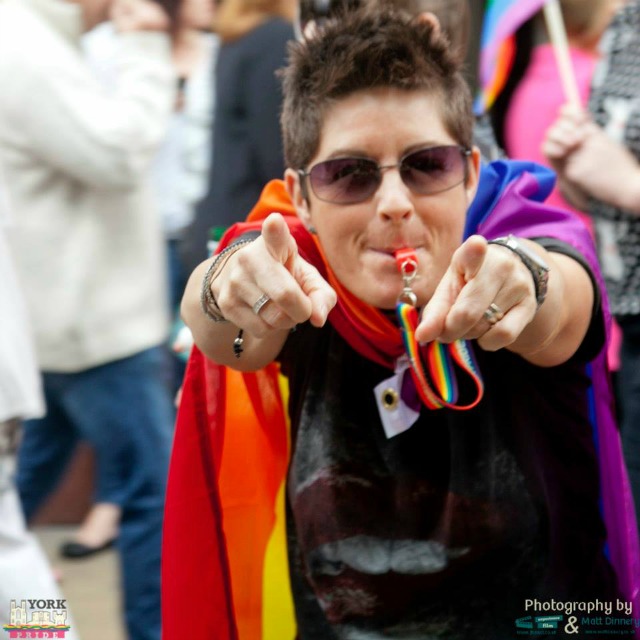 This year’s York Pride, themed “Raise Your Rainbow,” will feature entertainment from a range of tribute acts including Cat Diva as Kylie, Niqi Brown as Tina Turner and Jenny Brooke as Dolly Parton. Joining them are drag act Sylvia Jubilee and headliners Stooshe and Hollyoaks stars Kieron Richardson and Jazz Franks are the hosts. 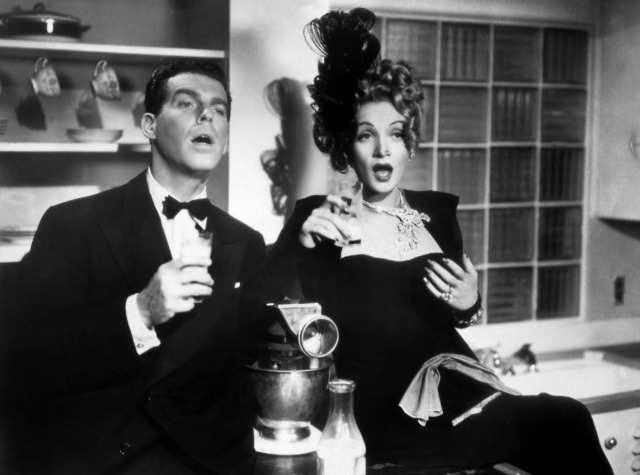 The Marlene Dietrich tribute at London’s Cinema Museum explores the life and career of a truly fascinating star. The Terry Richardson show culminates with a big-screen screening of Dietrich’s famous one-woman concert recorded in Australia in 1963 with Burt Bacharach and his orchestra as accompaniment.

South London’s Vauxhall Pleasure Gardens will be home to this year’s award-winning UK Black Pride — the largest not-for-profit event for African, Arab, Asian and Caribbean-heritage LGBT people and their friends. It promises to “fuse its distinct blend of live music and politics to deliver an entertaining, family-friendly, community festival of pride.” 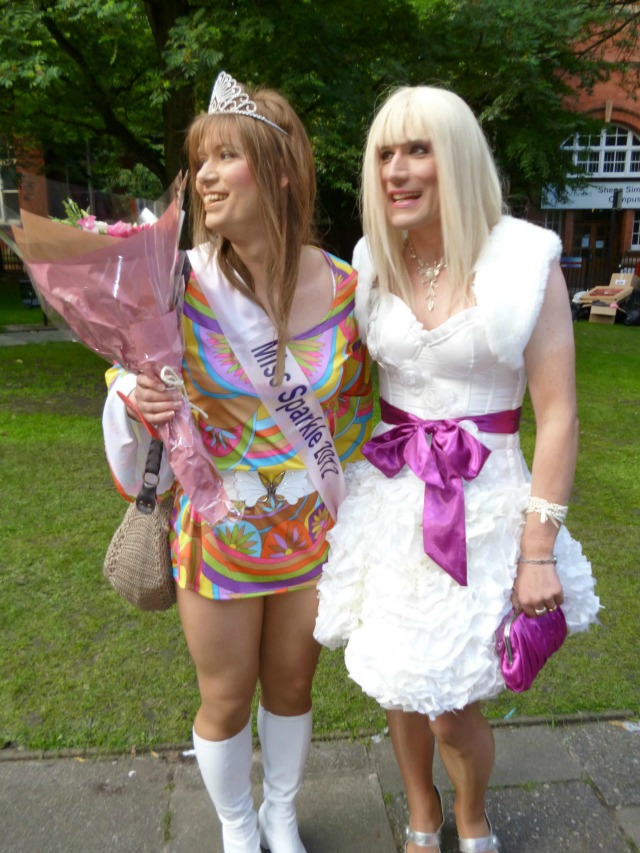 The annual weekend festival in Manchester’s Sackville Gardens is open to everyone who sees themselves as transgender, plus their friends, families and supporters. Gracing the Sparkle stage in 2015 will be Kym Marsh, Rowetta, Kavana, Hayley Ria Christian, Kelly Wilde, Tacky Tarts and Jordan Gray. There will also be the Miss Sparkle and Miss Golden Sparkle pageants and the inaugural Stallion Talent Show, open to any female-to-male trans person, a drag king or a male-identifying person. 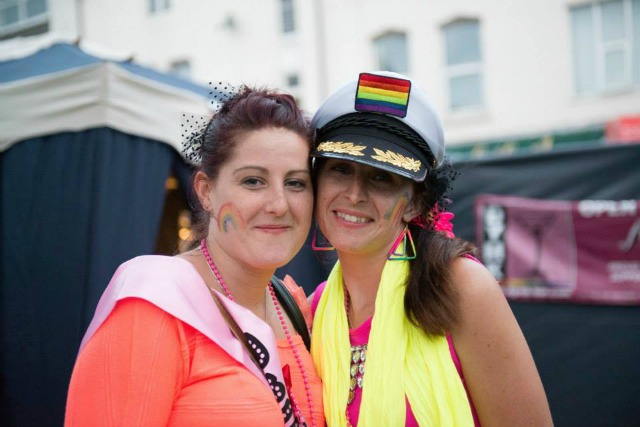 “Bourne Free Does Broadway” is the theme for the 2015 Bourne Free Pride Festival, which celebrates the LGBT communities in Bournemouth, Poole and the surrounding areas, and the huge array of floats, buses and walking groups will be decked out accordingly for the parade through Bournemouth town centre. Family fun and entertainment at the Bandstand will follow. 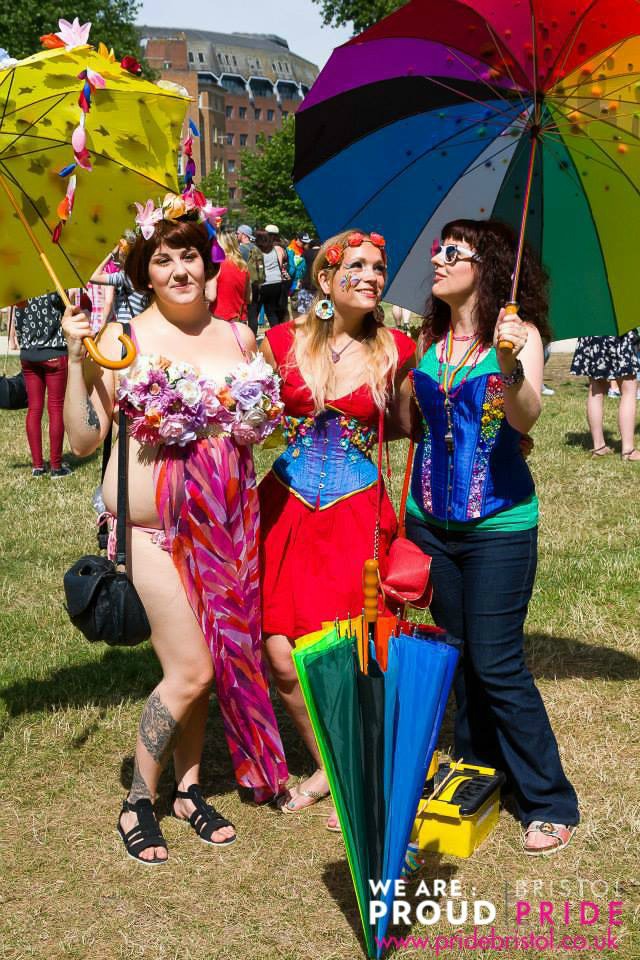 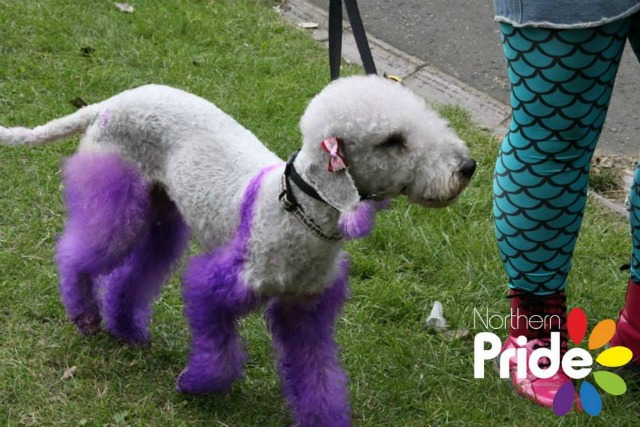 This year’s Newcastle Pride will be the biggest to date with celebrations spanning three days. Headlining the event are B*Witched and Belinda Carlisle, along with Lucy Spraggan, Heather Peace, Joseph Whelan and Kitty Brucknell. The popular dog show “Paws with Pride” will be back and the weekend culminates with a candlelit vigil at the city’s Civic Centre, to celebrate all the achievements of LGBT people and remember those around the world for whom life is still difficult. 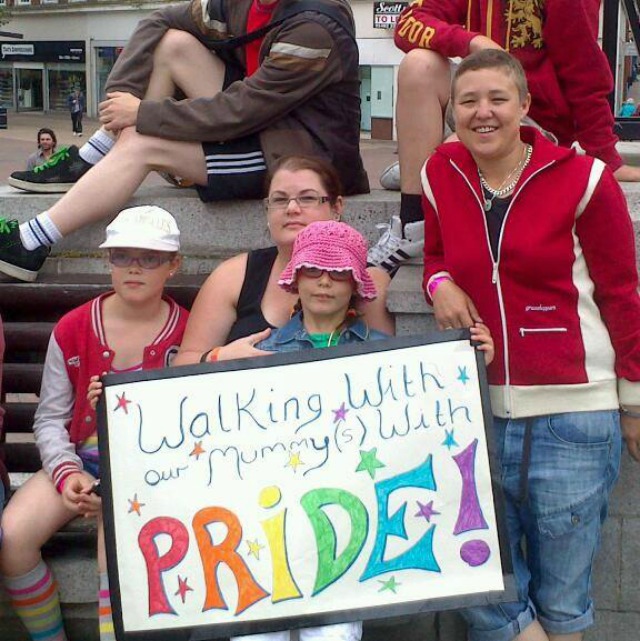 Hull Pride kicks off with a parade from Queen Victoria Square to the main stage event in Baker Street. This year’s theme is “Pride Colours and their Meanings” and the parade will be split into the six coloured sections of the Pride flag: red (life); orange (healing); yellow (sunlight); green (nature); blue (serenity); and violet (spirit). Acts taking to the stage include The Ruby Reds (the nipple-tasselled ladies from Britain’s Got Talent), Paradise Showgirls, Mark Doyle, Johnny Robinson and La Voix. 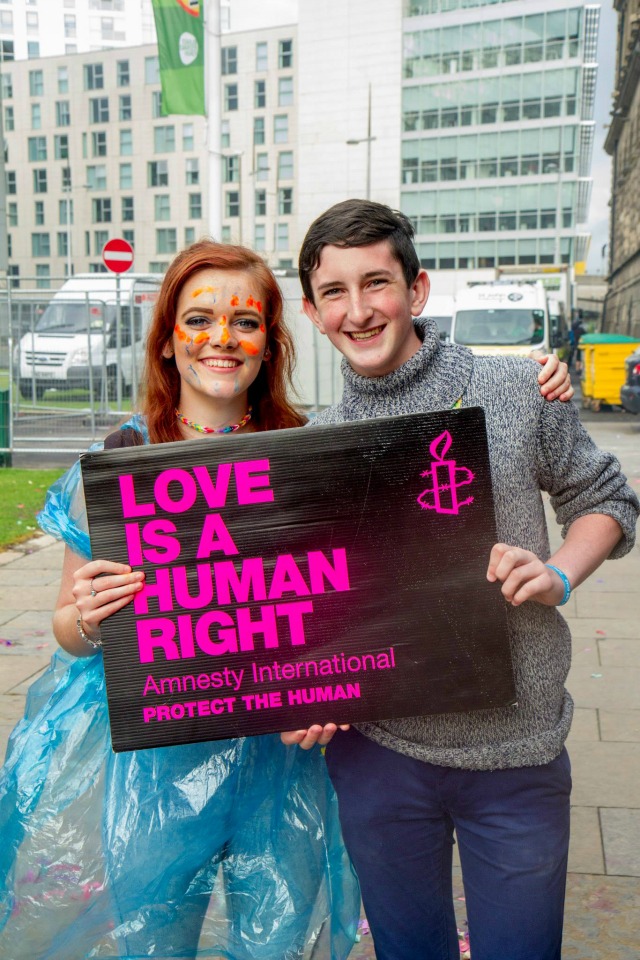 Belfast Gay Pride runs from July 24 to Aug. 2, with the annual parade taking place on Aug. 1. This is the 25th anniversary of the event and the theme has been chosen to celebrate the milestone: “25 Years Building Equality. It’s Time.” 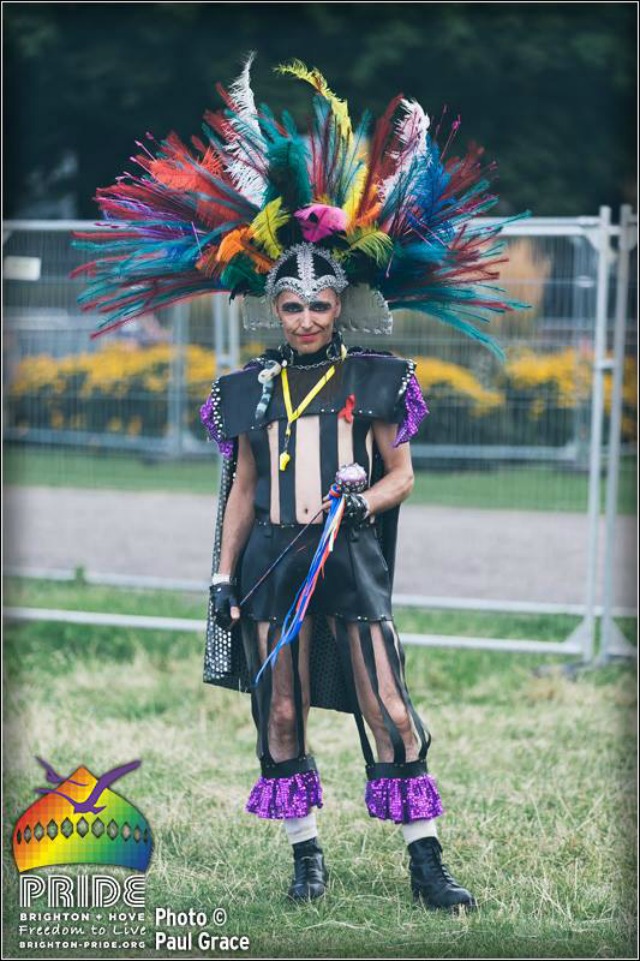 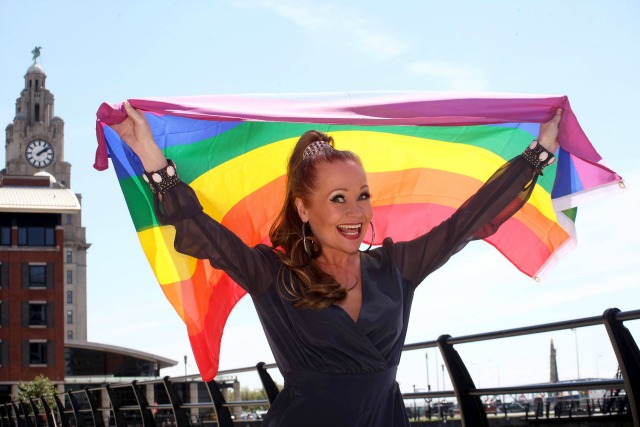 Festival goers are encouraged to attend Liverpool Gay Pride dressed in their best interpretations of this year’s theme “Love Is No Crime.” The festival includes a dance tent, 100-seater cinema lorry and free community zones with a wide range of entertainment, children’s activities and guest speakers. 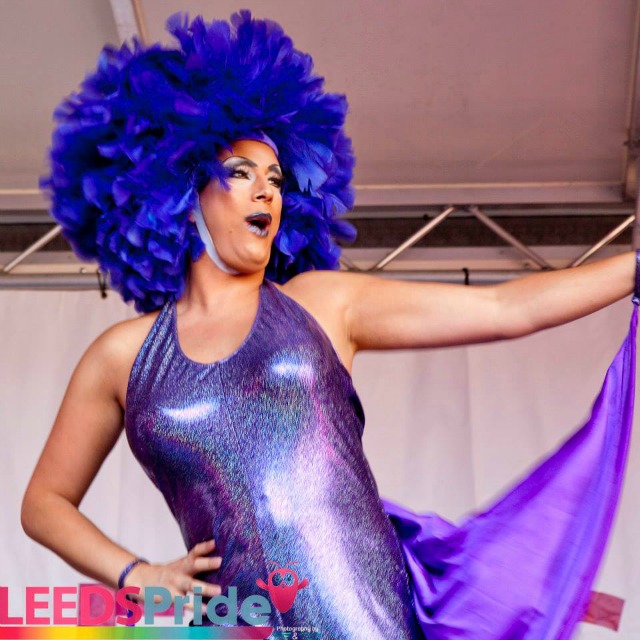 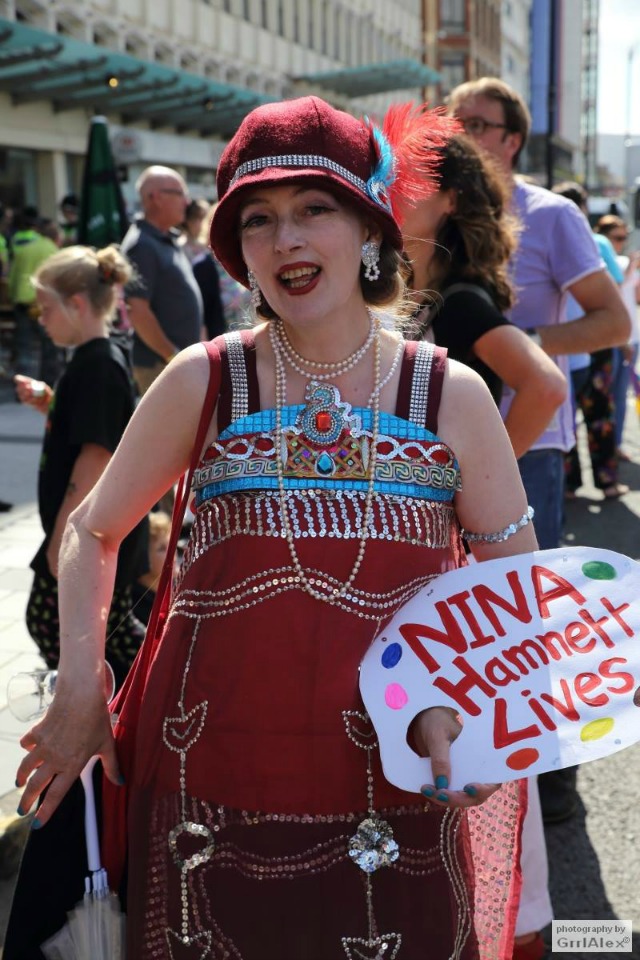 Pride Cymru is back for its third year and will be bigger and better than ever, with a lively parade to kickstart the celebrations and TV presenter and actor Andrew Hayden Smith (Doctor Who, Cucumber and Byker Grove) hosting the main stage event. Everyone who attends is invited to wear a costume that depicts their interpretation of the theme for 2015 “Welsh Pride is …” 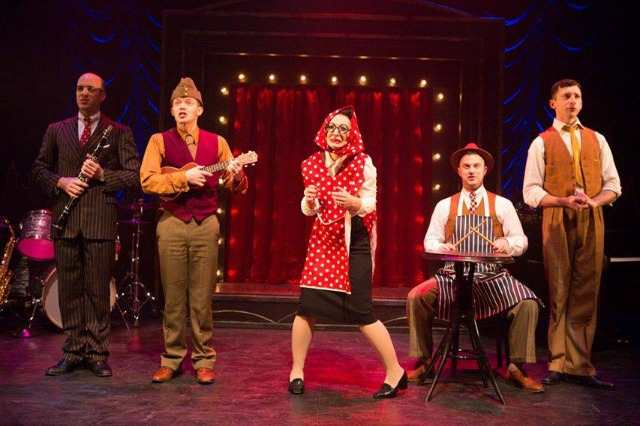 Touring the U.K. from September 2015 is Miss Nightingale, an original British musical with a touching gay romance at the heart of the story.