Here’s another CEO stepping up for his employees in a big way.

First there was Dan Price, who pledged to pay every one of his employees at his Seattle-based company a minimum of $70,000 per year. Then there was the Chinese billionaire CEO Li Jinyuan, who flew his employees to France for an epic vaycay.

Now meet Chieh Huang, CEO of Boxed, an online retailer for big-box items. He has announced that he will send every one of his employee’s children to college, for free. The company currently has about 100 employees. 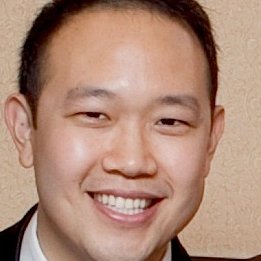 “If you are the child of someone who works at Boxed, it’s not the lack of money that is going to prevent you from going to college,” Huang says. “We’re building a long-term business, and if you are along for the ride, we are going to invest in you.”

Huang, the son of immigrants from Taiwan, decided to make the offer after the company opened a warehouse fulfillment center in Atlanta. One evening, he invited his employees for a party. When few showed up, he asked why. Many of his employees didn’t have cars of their own.

So he thought about what he could do to help. Buy them cars? Huang wanted to do something more meaningful.

“That wouldn’t solve much,” he told Forbes. “The core is education.”

Huang knows that firsthand. His mother worked as a cashier in a Baltimore restaurant and encouraged him to pursue an education above all else. Huang eventually graduated from Johns Hopkins University and Fordham Law School. Now he wants to give the same opportunity to the kids of his employees — two-thirds of which work in warehouse jobs.

To pay for it, Huang is setting up a nonprofit and contributing what he says is a “double digit” percentage of his own stake in Boxed — which he says is worth about $1 million. As his 2-year-old company continues to grow, and the college tuition program along with it, Huang says he will look for investors willing to help.

There are currently 12 kids at Boxed who could be eligible for free college tuition. The Boxed program, according to Huang, will pay for tuition to the college of their choice. The program won’t cover books, room, board and other expenses.

“Not all folks are equally fortunate,” says Huang. “Why is it that someone makes a few bucks an hour and some tech execs make hundreds of millions of dollars? If nothing much changes, those families [his employees working in the warehouse] will still be in lower income jobs without access to upward mobility two or three generations from now.”

Huang came up with the program after consulting with his wife, who loves the idea. The couple has a 1-year-old little girl.

Meet Dan Price, the hottest (and most generous) CEO in America
This Chinese boss is pretty much the most epic boss ever
8 Big thinkers who changed America as we know it