There’s been a call to boycott United States-based retail clothing brand PacSun, after it made the highly controversial decision to sell shirts with an upside-down American flag motif.

The shirt in question is the A$AP Worldwide T-Shirt, which features an upside-down black and white American flag and retails for $23.95. PacSun has upset a lot of people (especially since it has chosen to market this shirt on Memorial Day) and angry individuals have taken to social media to blast the brand for its insensitivity and disrespect to the many soldiers, some of whom have died, defending their country.

Among the angry comments are messages from veterans. One such message reads, “Hey pac sun, I’ve got shrapnel in my leg to protect you flying your upside down flag shirt. Thanks a lot for the disrespect to me and all other vets. The fact you haven’t apologized and removed these from your stores let alone even commented shows us where you stand. Pac Sun does Not stand with America! But they’ll sell you some red white and blue clothes to fill their pockets on the backs of dead Americans during Memorial Weekend. Classy (sic).” 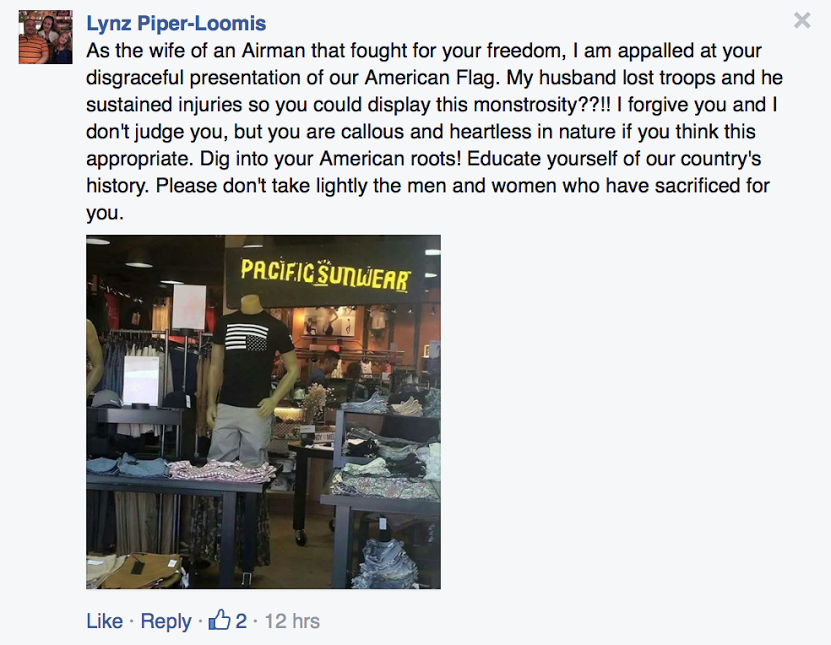 Many others have commented, saying that they intend to never buy from the company again and calling for an apology. 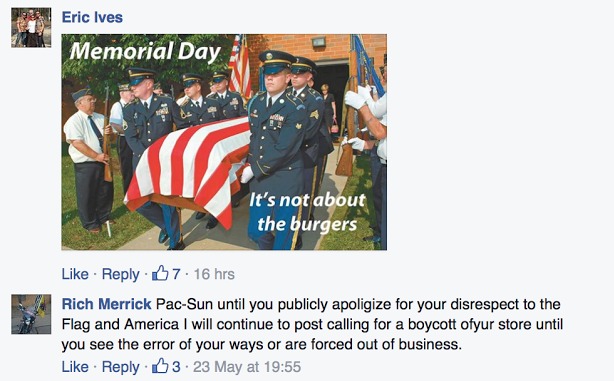 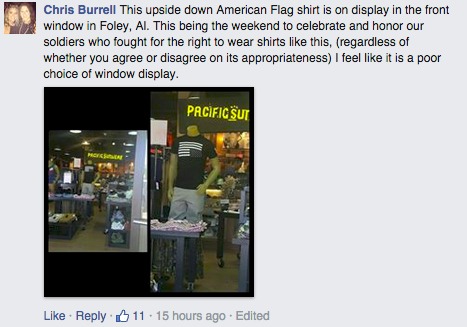 More: 5 Fun things to do with kids on Memorial Day

At this time, PacSun has not responded to the controversy, although it has been active on Twitter and tweeted a happy Memorial Day message. But it’s clear from the comments that it has a lot of explaining to do.

UPDATE May 26: PacSun has now pulled the controversial T-Shirt from their stores. They have also issued a statement about their decision, claiming that it was made “out of respect for those who have put their lives on the line for our country.”

The RBG Face Masks to Rock This Election Season

Durable Mini Bundt Pans for All Your Baking Needs