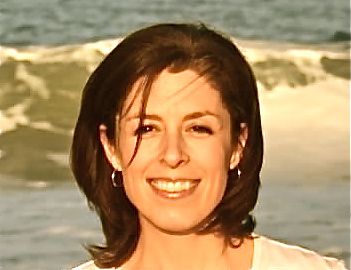 In her final days, I was one of many who sat by Bertha’s chair. We smoothed soft white hair, coaxed in pain medicine, and watched a beautiful 90-year-old woman slowly relinquish her physical body. It was odd perhaps, but those last days in her home were some of the most peaceful I’ve ever had.

Register here for the BlogHer15: Experts Among Us Conference

I watched her children gather. I watched Merton, Bertha’s husband of 69 years, hold on to her white bed sheet, silent, waiting, also watching. She was such a well-loved woman that we often called her Saint Bertha. Though sad, I looked forward to her funeral, to what would surely be a great tribute to a great lady – until our Bishop, the pastor of our congregation, called.

“They’d like you to give the eulogy,” he said.

What I felt can only be described as holy terror. My body went numb. My hands shook. I almost dropped the phone. A cold fear spiked right through my skin and into my heart. I stumbled through Are you sure? and What exactly is a eulogy?

“A tribute, the story of someone’s life,” he said.

Well, how exactly does one refuse a eulogy request? My “yes” sounded more like Uh, Okay. I’m terrified. Are you sure you’re sure? I wandered up the stairs, zombie-like, to where my husband sat on our bed.

This is when I flung myself on the bed and burst into tears (drama queen.) “I can’t do it. I’m so not qualified.” The image that kept coming: me standing at the podium, the entire congregation staring. This would include Bertha’s beloved children, grandchildren, and close friends. Their tears would be mingled with puzzlement… Amy’s giving the eulogy? You see, I knew Bertha, but I wasn’t Anne or Syl or Sondra-Lee; these women were Bertha’s best and decades-long friends. I wasn’t her child or grandchild or even close neighbor.

I didn’t sleep. But I began to prepare.

Two days later at the wake, I realized that Bertha’s older and wiser daughters (who I had just met) didn’t know who was speaking at the funeral. Their brother Dennis, and good friend of mine (the rat!), had made the assignment. Overhearing my name and “funeral,” I cowardly feigned intense scrutiny of an errant thread on my skirt as I felt their curious gazes: Her? She’s giving our mother’s eulogy?

Of course, my fears could have been delusional. These conversations were not said by real humans, but were rather living in my head. But oh, they were strong and often overpowering. My doubts were, as Shakespeare wrote, “traitors, and make us lose the good we oft might win, by fearing to attempt.”

But I would attempt. I would do this for Bertha.

There was also something more powerful than fear. And if I were honest, I’ll tell you this: I knew the assignment was coming. For many many months I had felt serendipitous forces pulling me and Bertha together. We had prepared for this moment, even if no one knew it but Bertha and I.

You see, Bertha had already told me what to say.

It began in June 2013 when I showed up in her driveway with a notebook, pen, and camera. I was there as a writer looking for a story. With only a vague topic idea, there was no angle yet, no headline, no editor’s approval or pitch. What I really wanted was for Bertha to answer my greatest fear as a mother: how do you go on after losing a child?

I knew we needed to work fast. Bertha had been living with a cancer diagnosis for over 40 years, and though her smile was still bright, she was moving slowly. It was the beginning of the end.

We started with the basics. Born in 1925, Bertha was a living history book, with first-hand experience and memories of The Great Depression, Elvis Presley, WWII, the Civil Rights era, the dawning of the Internet. She glossed over this. Bertha most wanted to talk about her spiritual quest, beginning with an early memory: watching her grandmother kneel down to pray. “When you’re taught when you’re little, it sticks with you,” she said.

It would need to stick.

Bertha told me many stories, all of them highlighting love and loss. She lost her beloved mother at age 13 and “missed her terribly.” She became her five siblings’ fierce protector against a new stepmother. Bertha loved school, but dropped out in the ninth grade to work in a noisy shoe shop to support her family. At age 21, she married Merton, a WWII airplane mechanic. Life in 1946 was hard work.

“Now I wonder how I did it – but I had help,” she said, pointing upwards.

Bertha and Mert had two children, Dennis and Dottie. Little Dottie “was a feisty little thing, with curls all over her head.” A happy little family turned tragic when Dottie was hit by a car after retrieving the mail from across the street. Bertha said, “I prayed so hard that things would be okay, but they weren’t.”

Bertha turned away from her faith. She said to God, “First you take my mother then my daughter…I don’t believe you love me. If you do, I don’t want your kind of love.”

That was the worst she said, when she cut herself off, and went into the dark. Months later, when grief was overwhelming, Bertha got down on her knees and cried. She said she felt as if God was speaking to her, telling her Dottie was okay, that she was with Him now. “My faith came back.”

Bertha was a very religious person, but was adamant it was our actions in this lifetime that counted. “When we get up there,” she said. “He’s not going to say, ‘what church did you go to?’ He’s going to say what did you do with your life? What did you do down there?” When she was tired she’d smile at me. “I’m happy I’m still able to get tired.”

I could tell you many, many stories, but you’re not here for the eulogy. You’re reading this to learn something of courage. On the day of our interview, she didn’t give me a dramatic headline, but she taught me something of courage. Bertha probably thought she was a very ordinary woman, born to an everyday family, in humble, ordinary circumstances. Some would say she lived an ordinary life in a couple ordinary small towns on some ordinary dirt roads.

But Bertha took an ordinary life and made it beautiful. Many sad things happened to her, but she was still kind. Life was hard, but she was still soft. She lost her faith, but clawed her way back to find it. All this ordinary, everyday, hard stuff, is what made Bertha so extraordinary. We admired her grit, her smile, the way she loved others. In return, everyone loved her back.

The old adage was in play on a Wednesday morning when I stood at the podium: “If Bertha could do it, I can too,” even if the circumstances were completely different, but reminding me that all of us exert a tremendous amount of influence on others. What we do matters.

Her story didn’t end up in a magazine. Instead, it became her eulogy. I was still terrified. Indeed, my hands shook the whole time. I prayed I wouldn’t sob. I was sweating through my dress. But I reminded myself that all I had to do was stand up and tell the truth. What a privilege it was to tell Bertha’s story.

When Mert came shuffling down the aisle, flanked on either side by his family, his eyes were red. This was man who had walked with his wife for over half a century. Had I done right by our Saint Bertha? I held my breath as his eyes found mine. He stopped for just half a second. And gave me a wink.