If you’re overweight nobody wants to have sex with you. That’s basically the message behind a particular range of novelty condoms stocked by retailer Cards Galore, which caught the eye of customer Charlotte Marshall.

“I was paying for stamps in the Covent Garden branch and [the product] immediately struck me as being completely outrageously sexist,” said Charlotte, who is the editor at Official London Theatre. 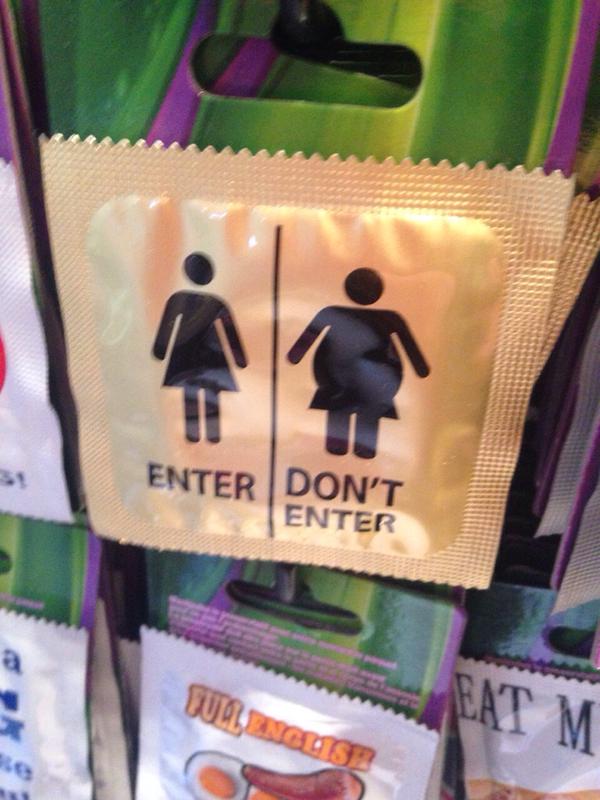 “I spoke to the person serving me about it and asked that she pass on my thoughts to the manager but as I walked down the street afterwards I just felt more and more incensed about it and worried about the message they are sending.”

“It is incredibly easy to write off these things as a ‘harmless stupid joke’,” continued Charlotte. “But we have to fight these battles against what is essentially bullying, repugnant body shaming. I am fed up of women being continually made to feel lesser in any way if they don’t have the ‘perfect’ body. Every day we are bombarded with messages that niggle away, telling us our bodies are not good enough as they are.”

More: Teach kids to love their bodies because the media isn’t (VIDEO)

As soon as Charlotte sent a public tweet to Cards Galore asking for a response, together with a photograph of the product, other Twitter users began to echo her views. Initially this relatively small but passionate Twitter protest was met with silence from the retailer.

“It feels totally old fashioned and inappropriate for such a sexist product to be on sale in 2015,” said Charlotte yesterday. “I hope [Cards Galore] listen to how disgusted people are by sexism in the 21st century and stop selling [this product].”

Well, do you know what? They did.

How refreshing to get a straight-up, from-the-heart apology from a company who has caused offence. As Charlotte herself admits it’s small victory but “these tiny battles need to be fought and ultimately they have a knock on effect.”

Do you ever think there’s absolutely no point in confronting companies about products or practices you feel are inappropriate or discriminatory because how much power do you really have to change anything? Well, this shows that there’s always a point.

More on this issue