When Michael’s 5-year-old golden retriever was diagnosed with lymphoma, his heart was “broken into a million pieces.” Desperate to have more time with his best friend, Michael opted to pursue chemo treatments. Was it the right thing to do?

Michael Makin was a sophomore in college when he rescued 5-month-old Corbin. The pup had not been well taken care of, so Michael nursed him back to health, and the two were inseparable. “Corbin had a birthmark — a little black stripe — on his right ear,” Michael recalls fondly. “On our car rides, I always rubbed it while I drove.” The pair loved swimming, playing ball and just being together. 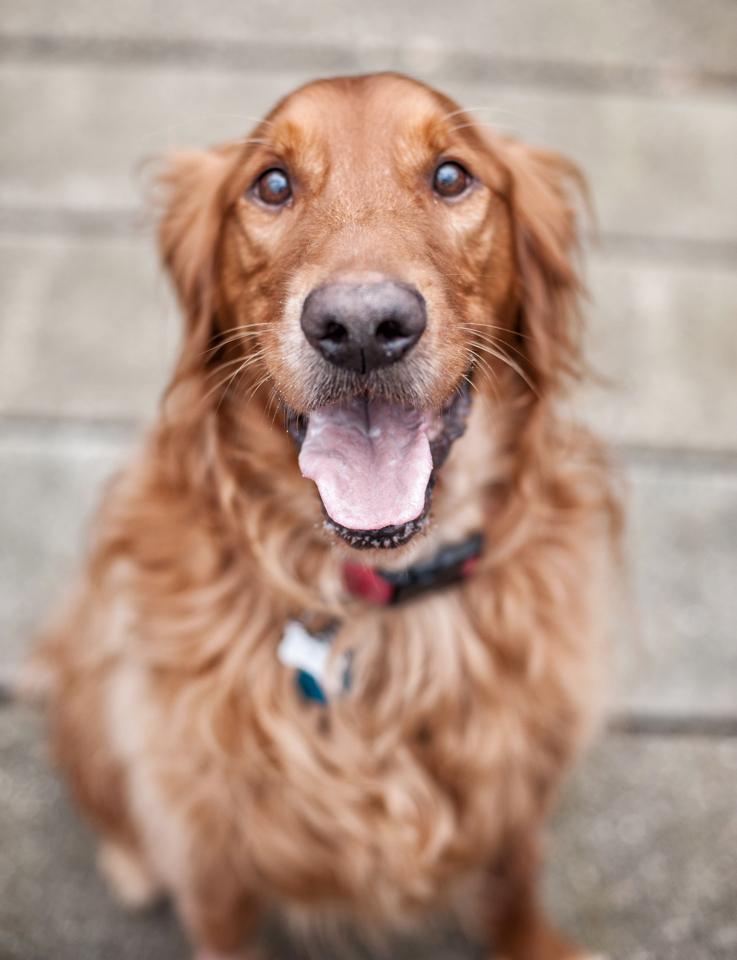 Five years later, one week before Christmas, Corbin was diagnosed with a very aggressive cancer. Without chemo, he would likely live no more than six weeks. “I’m so broken,” Michael posted to Facebook. “Please keep us in your prayers. I thought I’d have more time with my best friend.” And so the emotional journey began. 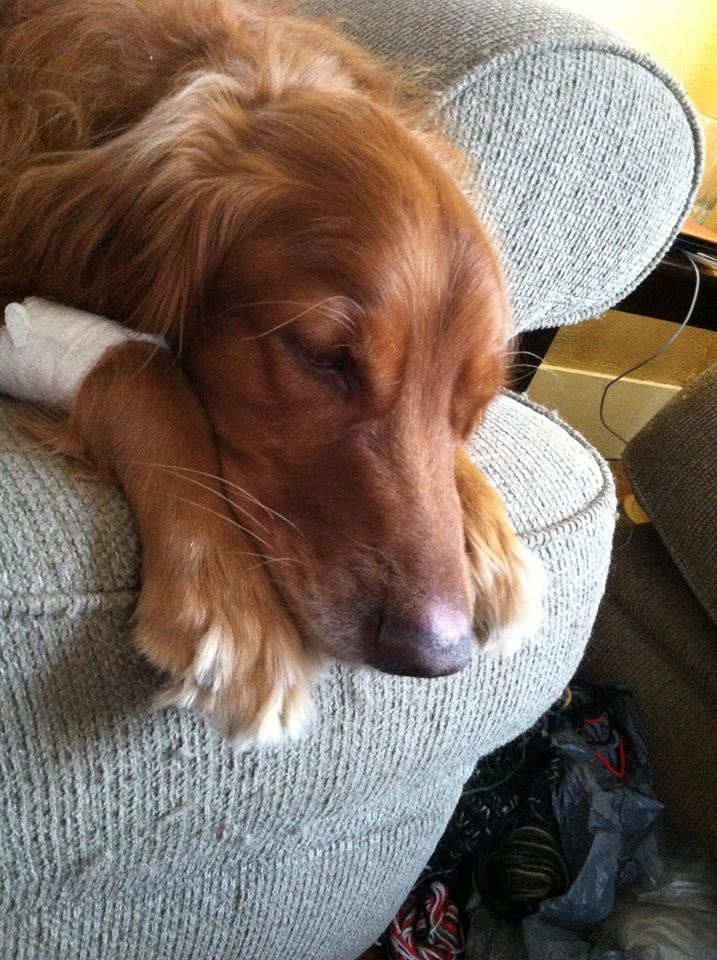 A week or so earlier, Michael noticed that Corbin was lethargic and not eating normally. “I attributed his behavior to the fact that I was working more holiday hours and was unable to be home a lot,” says Michael, who works in retail. “I figured he was just depressed.” 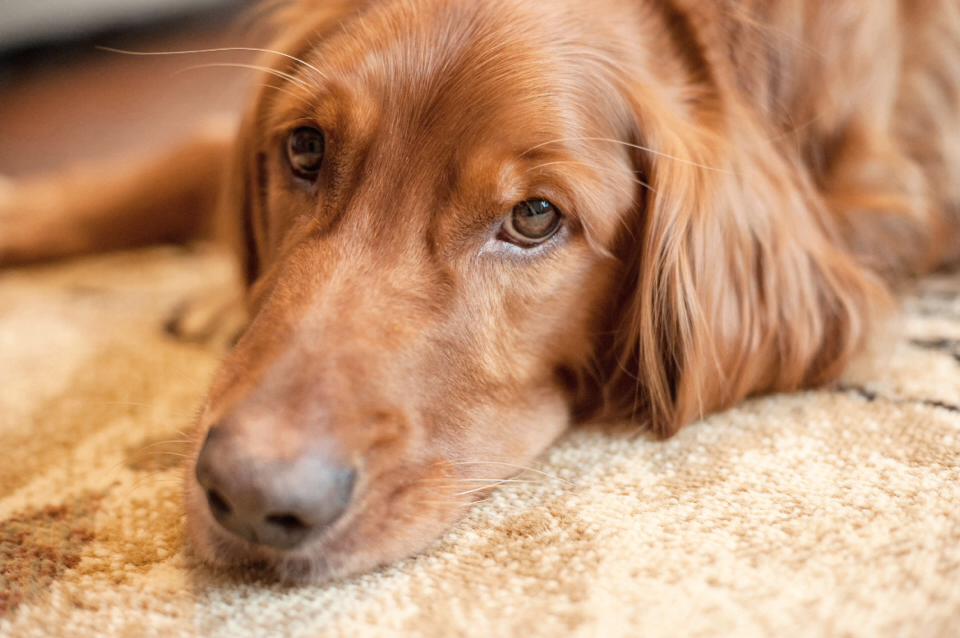 But when the usually plump Corbin went an entire day without eating, Michael took him to the vet. “While sitting in the waiting room, I was petting Corbin at an angle I must not usually rub and found a lump the size of a bar of soap. My heart completely sank into my stomach.”

Corbin had lost 20 pounds since his checkup just one month earlier. The vet discovered two masses on the dog’s neck and did a biopsy. One day later, Michael got the call he was dreading: Corbin had lymphoma and needed surgery to remove the tumor. 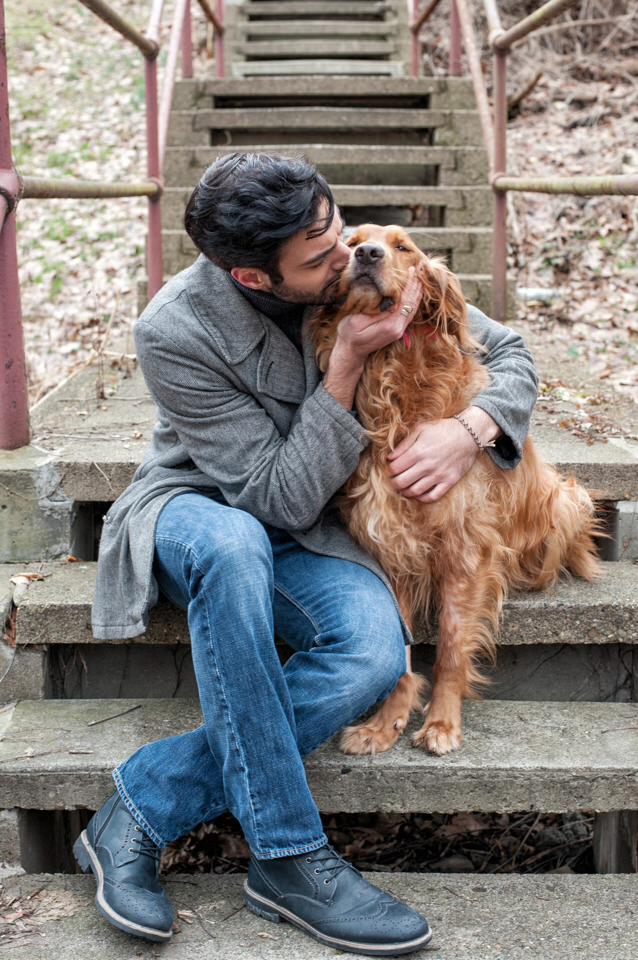 Michael drained his savings account to pay for the surgery, hoping the cancer scare was over. But the vet advised that without chemotherapy, Corbin had only three to six weeks left. The cost of the chemo: $3,500.

“I was beside myself,” says Michael. “I used my entire savings account to get his tumor removed and had to come up with another $3,500? I’m a single 20-something who works in retail management and has roughly $75,000 in student debt. I didn’t have a penny to my name. But this was my best friend!” 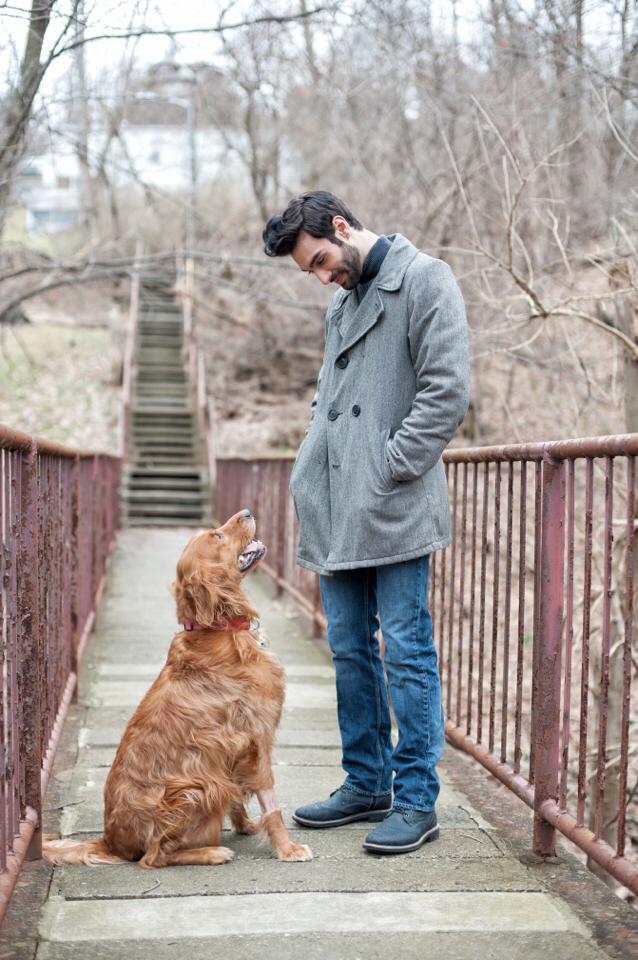 Some friends encouraged Michael to set up an online fundraiser. “At first I thought it was ridiculous,” says Michael. “Who would be willing to donate money to me and my dog the week before Christmas?” But seeing no other options, he gave it a go. 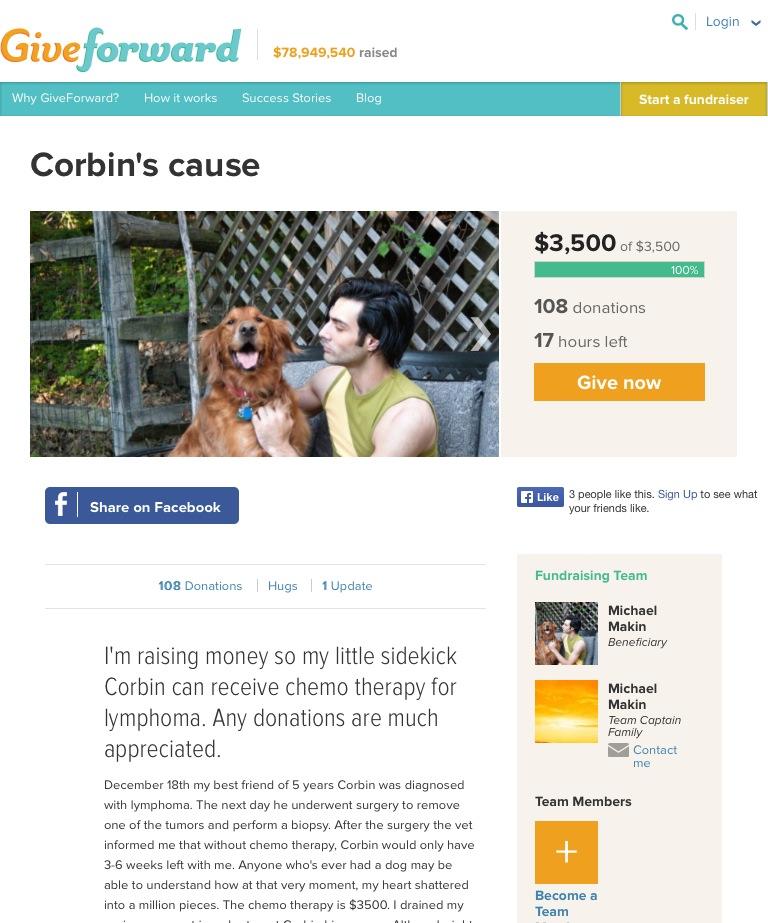 And it worked. “We quickly reached our goal,” Michael says. “I shared the link every day on Facebook, as did friends and friends of friends. So many people I don’t know donated… some in large amounts. I was speechless and still reflect on it today.” 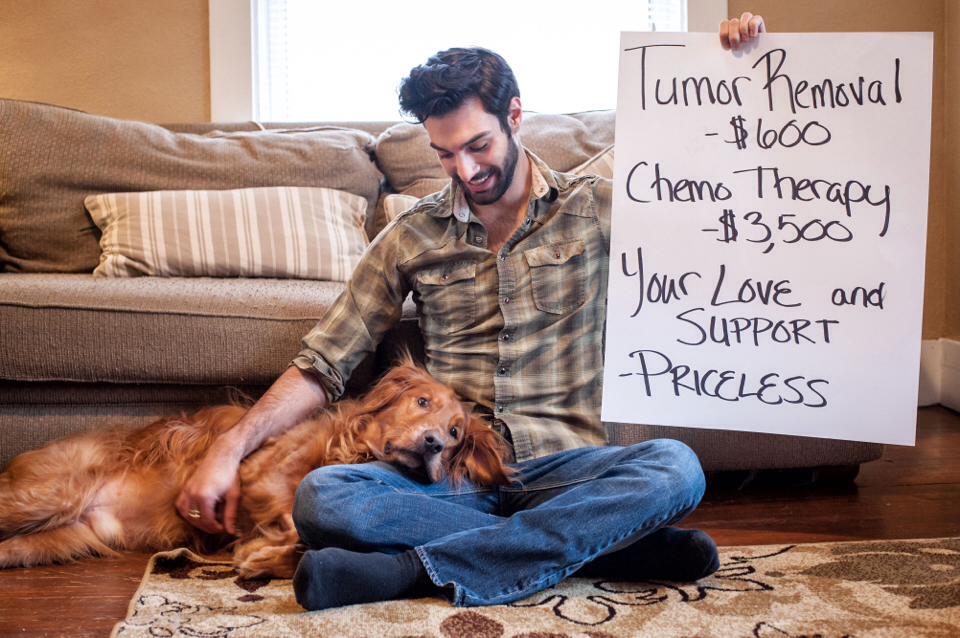 With the financial resources he needed, Michael took Corbin every Wednesday to get chemo. “The chemo happened in five-week cycles, four weeks of a different medication each week and then a week off,” explains Michael. At first, Corbin suffered from an upset stomach and diarrhea. Then, he tended to get sick after every third treatment. “The peak sick days for dogs is seven to 11 days after chemo,” says Michael, “and if they are too sick from the previous week, then they can’t get their chemo for the current week.”

So, once a month, Corbin would be sick with diarrhea but was otherwise close to behaving normally. “Corbin had been doing so great with his chemo, and I had made friends with the vet tech, so I knew he was getting love during his treatments,” says Michael. “I thought he was doing great.”

In June, six months after the fateful diagnosis, Michael returned home to a very upset dog. “He had been sick while I was gone and just was not feeling well at all,” recalls Michael. “He was so upset that he’d gotten sick inside while I wasn’t home that he rubbed his nose raw on the stairs — so now my little man has a hurt nose, a stomach ache and a bad case of embarrassment. All I could do was hug him.” 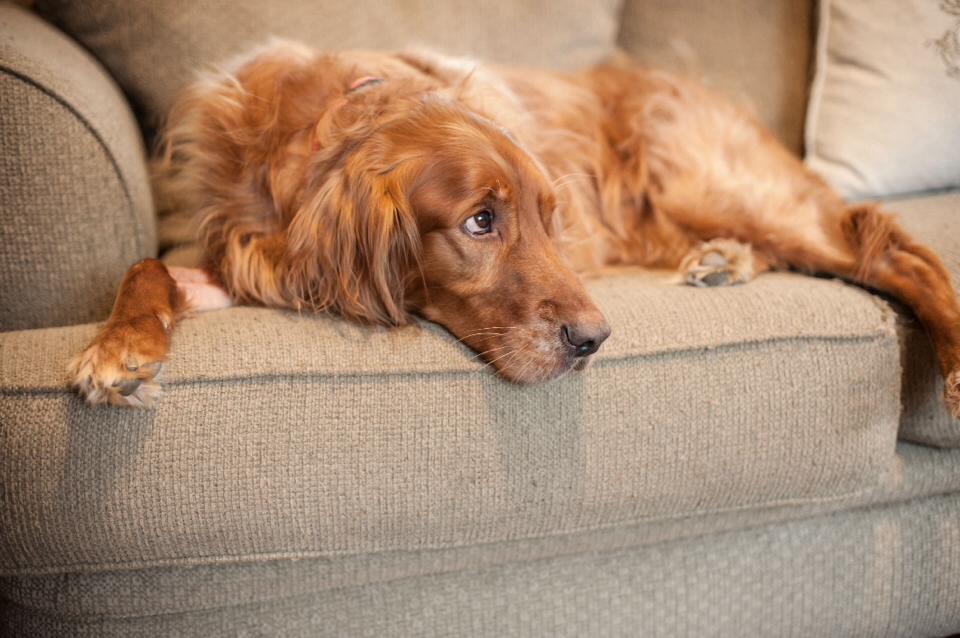 Michael decided that Corbin needed a vacation day. He planned a day trip to the lake so Corbin could go swimming — something he loved to do. “This was one of my favorite days with Corbin ever,” says Michael. “We found a little place by the water and played fetch into the lake for two hours straight. I let him decide when we were done.”

“The weather was beautiful, the people nearby were friendly and Corbin was having the time of his life jumping into the water to retrieve the stick. Perfect day!” 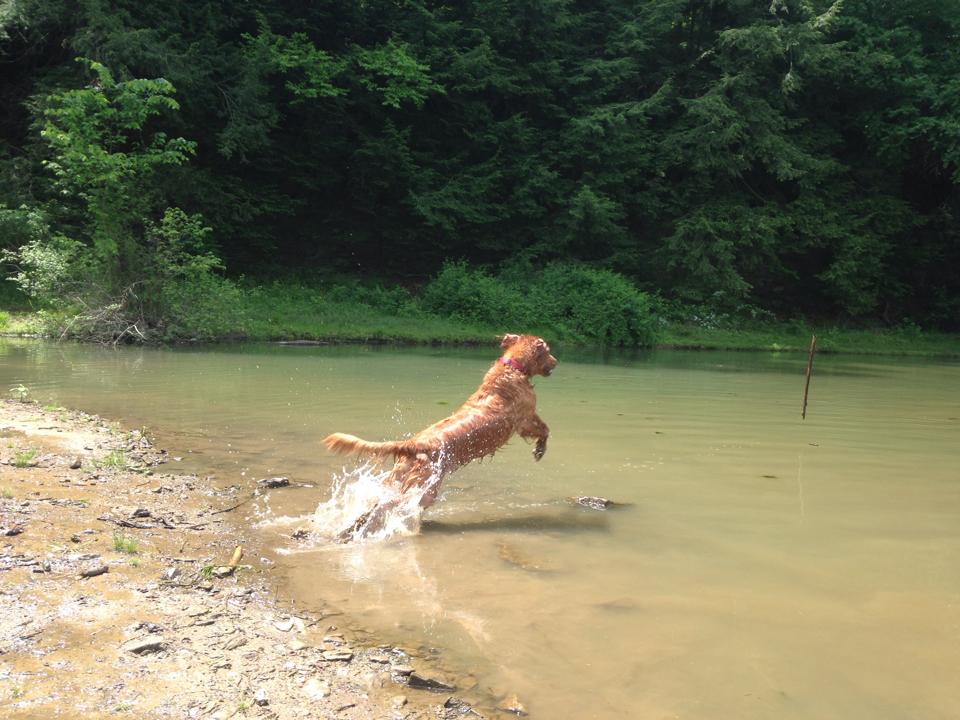 Immediately following their perfect day, Corbin’s health took a serious turn for the worse. Michael was advised to “wait it out,” but he knew better. He took his beloved dog to Pittsburgh Veterinary Specialty & Emergency Center, “the best emergency animal hospital in Western Pennsylvania,” and admitted Corbin for the night. The next day, Michael received the call that Corbin had come out of remission. There were other options for treatment, but they would buy him a month at most, and Corbin would be sick through most of it.

“This is when I had to make the hardest decision of my life and decide to stop being selfish and do what was best for my best friend,” Michael painfully recalls. “I packed up Corbin’s bed and went to the animal hospital. The doctors and nurses were amazing. Corbin and I got to spend as much time as we needed together cuddling and just soaking each other up.” 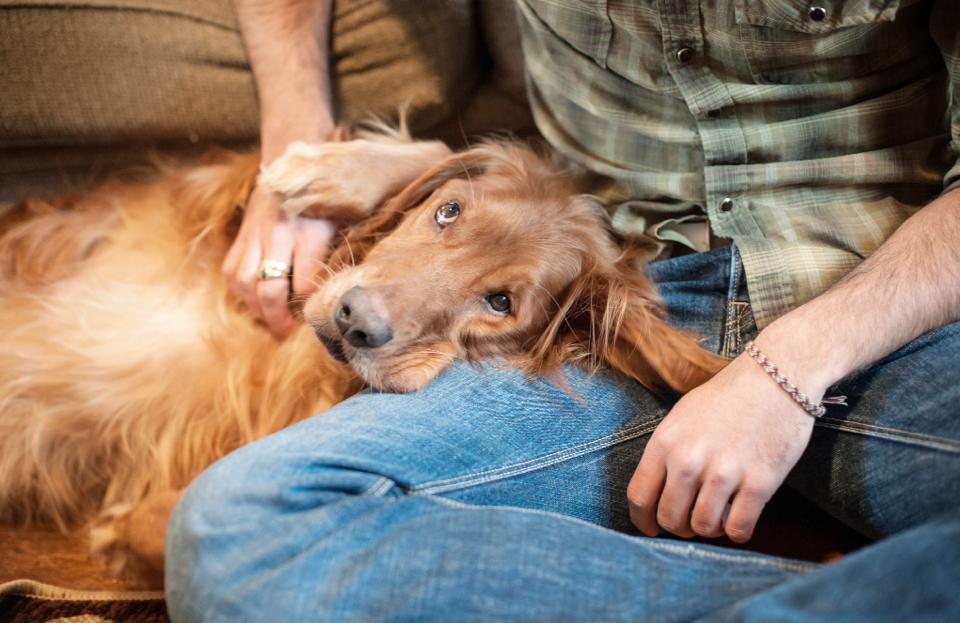 “I helped Corbin over the Rainbow Bridge on his own bed in that animal hospital. It was the hardest day of my life. He had been my constant companion for five years, and I had to say good-bye way too soon.” Michael had Corbin cremated, so “he can always be with me.” Corbin sits alongside framed photos of his short but happy life. 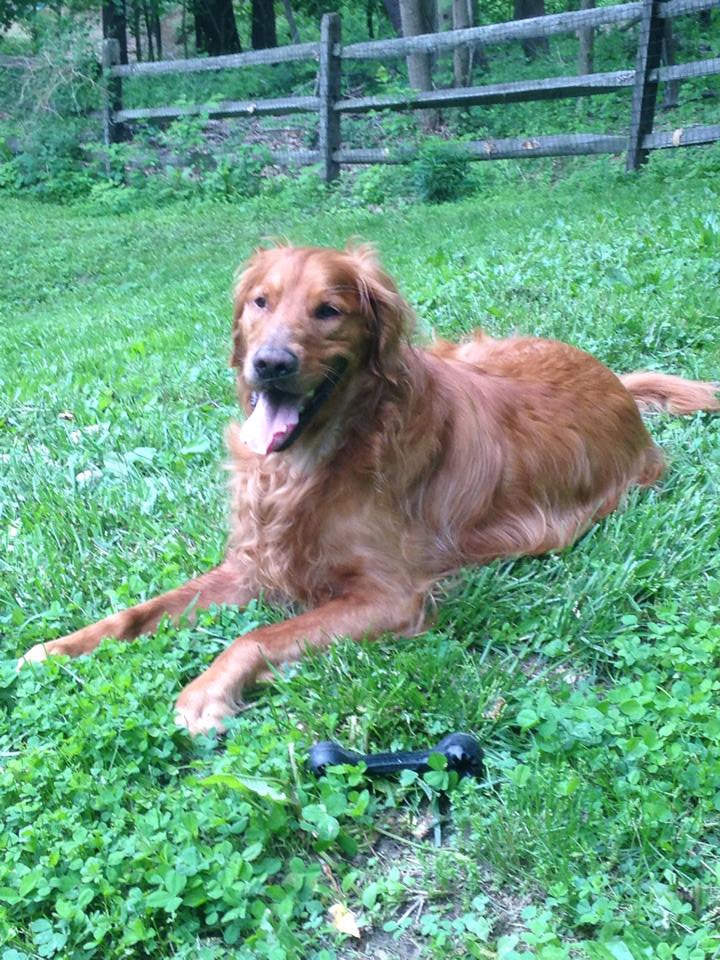 “I’ll never really get over him,” says Michael. “I’m kind of a loner, and Corbin was my first true love. It sounds kind of cheesy, but for a single guy who loves his dog more than most people, it’s a life.”

Corbin passed away before he could get all of his chemo treatments. Michael still has $700 of donation money left and is saving it for someone like himself who cannot afford chemo for a pet. “No pet should have to suffer cancer because they can’t afford it,” says Michael.

Did he do the right thing? “I don’t regret the decision I made to keep Corbin around for an additional six months, but I would never do it again,” says Michael. “Seeing him sick every couple weeks broke my heart, and after he got sick, he was really never the same. Some of his spark had been diminished, although it did flicker at times, like a hot ember on a fire gone out.”

Michael admits that a friend tried to talk him out of treating Corbin’s cancer. “I ignored everything he said,” says Michael, “but this is something that everyone has to decide for themselves. It’s different for each person and each pet. I had to go through this myself and make my own choices. I don’t regret making the decision, but I did learn from it and wouldn’t do it again.”

Michael has rescued two puppies since Corbin’s passing. “If either of them gets sick, I’ll let go gracefully,” he promises. “I will keep them as comfortable as possible for as long as I can and then give them one last amazing day filled with fields and steaks and bunnies and lakes and awesome things. And then I’ll hold them and help them over the Rainbow Bridge.” 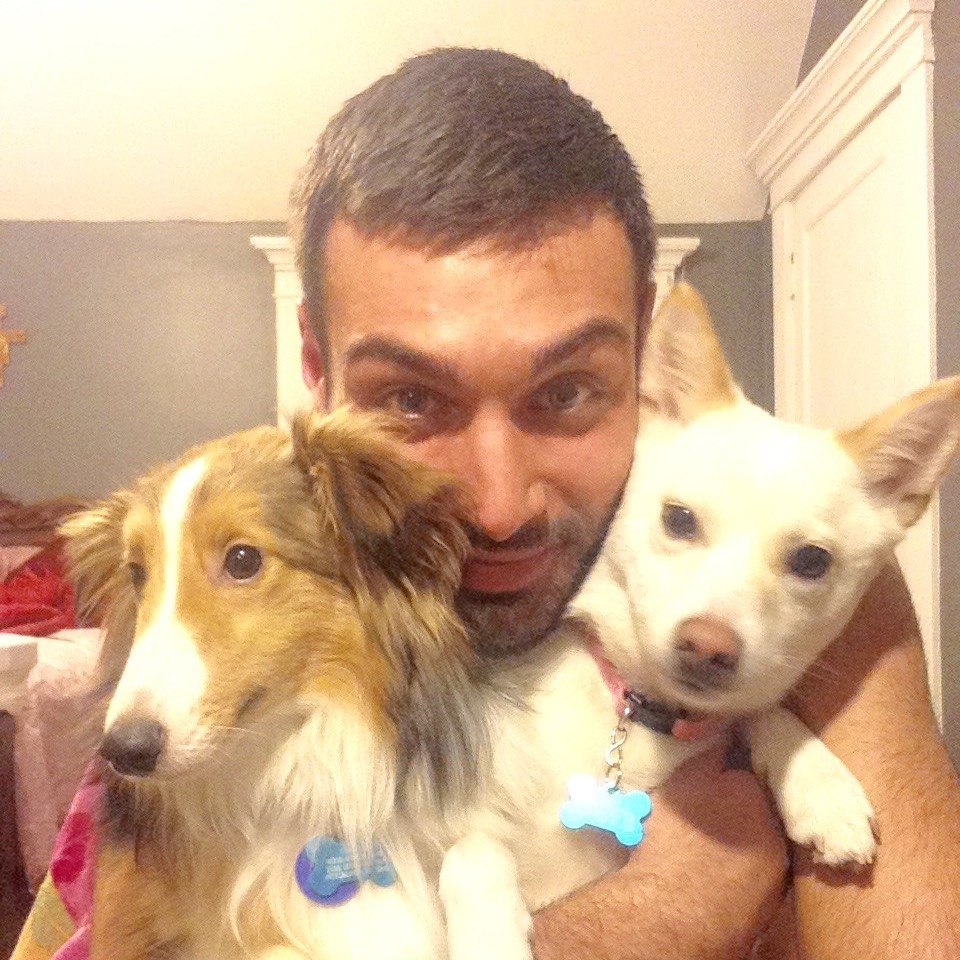 What it’s really like to lose a pet to cancer
Can you prevent canine cancer?
How to know if your pet has cancer