“Mom, look at Moosey! He’s running and he’s happy,” said Tanner, my son, as he excitedly jumped up and down. Sure enough, our chocolate Lab mix was bounding through tall green grass, looking healthier than he’d ever been. Then I jolted awake from the dream with a choke in my throat because our Moose was in reality dying of cancer, and I was sure that when I reached over to touch him that he’d be gone.

Losing any pet will break your heart, but losing a pet that has a magical connection with your child will fracture your heart to pieces, especially when you hear your child’s small, sad voice say, “I miss my Moosey,” even years later. My son Tanner and I lost our Moose to cancer in 2010, and though the tears still fall when we think of him, we are gratefully blessed with the countless cherished memories with our precious dog.

Moose came into my life as a gentle but spirited 3-year-old dog that immediately made himself part of the family. Always eager to go, he became my best running partner and favorite passenger in the car. He thrived on our hikes in the mountains and was exuberantly pleased when those hikes went by streams, ponds and lakes. Then, at the end of every day, he yearned to be doted on and cuddled. Moose was my canine kindred spirit and the best dog I have ever had. 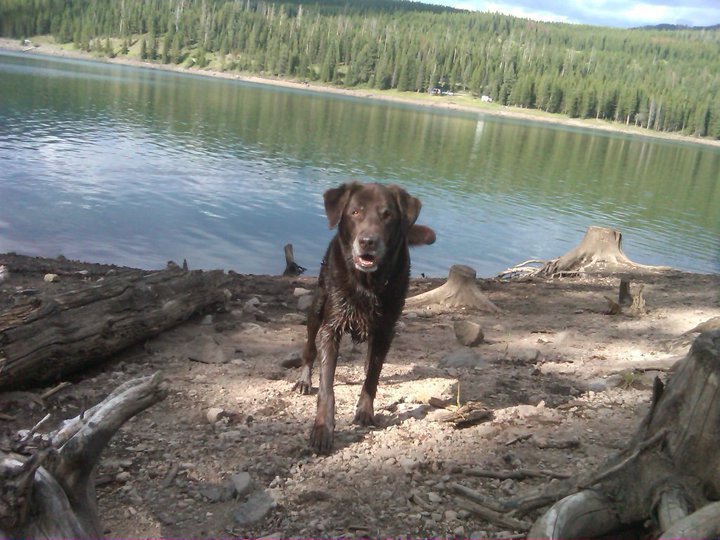 When my son Tanner was born, I further realized just how amazing Moose was and the depths of love that humans and pets can have for each other. Moose instantly bonded to Tanner and quickly adapted to life with a baby, lavishing him with licks and snuggles. 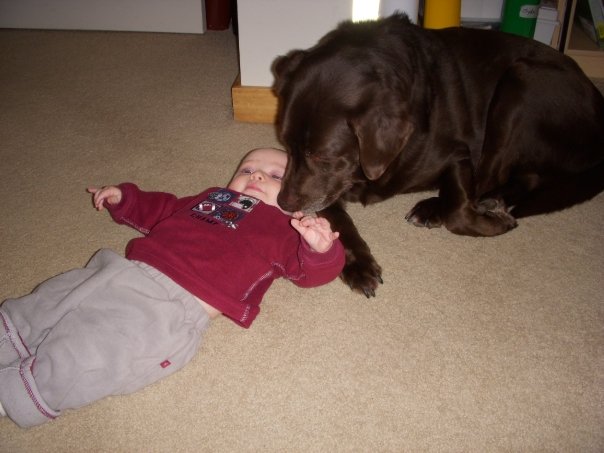 From Tanner’s infancy until cancer ripped Moose out of our lives, my canine kindred spirit and my sweet son were the best of friends. Where Tanner went, Moose was sure to follow. I always had a comfort in my mama heart that Moose loved Tanner as much as Tanner loved Moose. 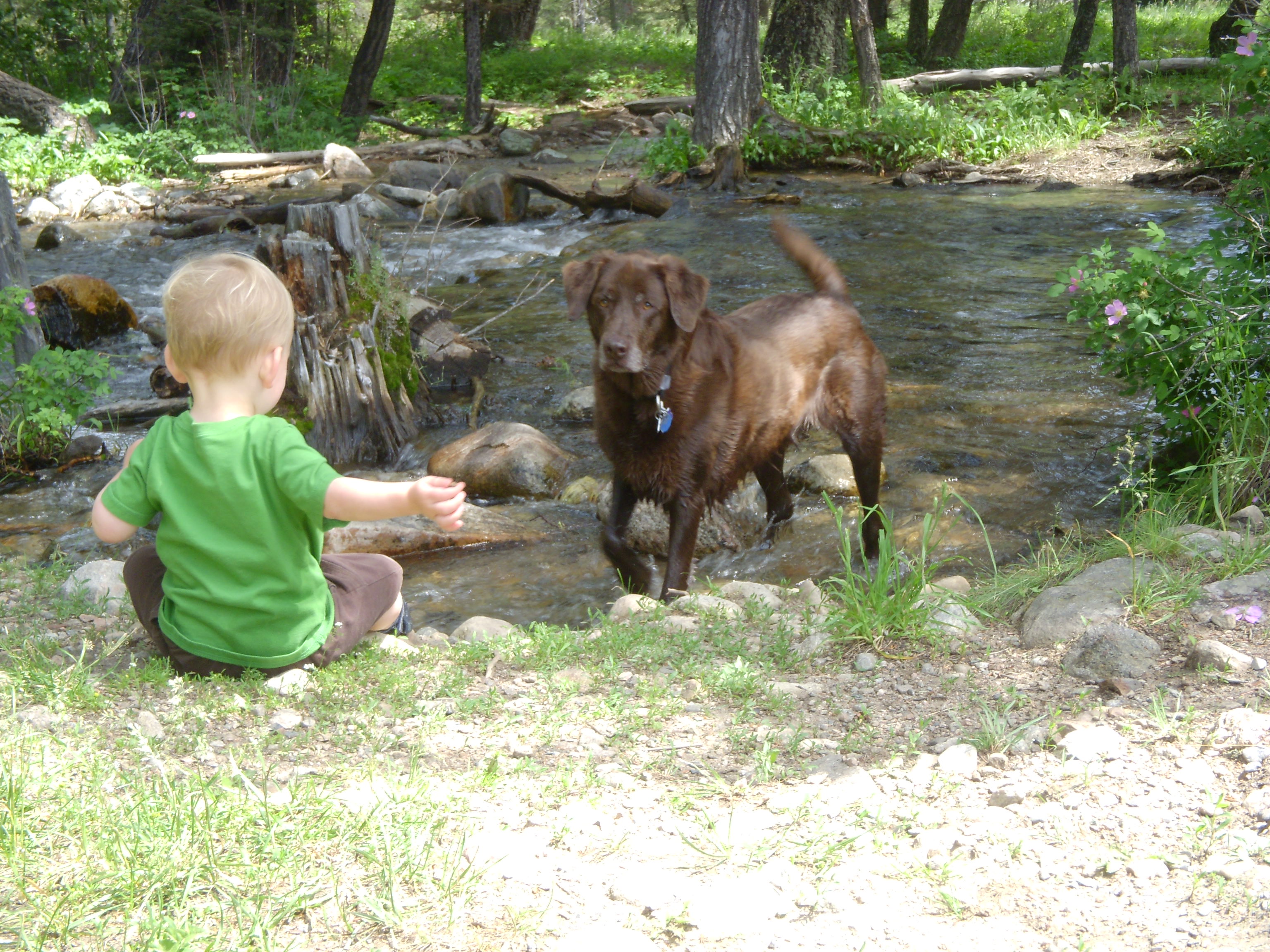 Then in the late summer of 2010, Moose seemed to slow down and was turning more gray around his muzzle. He was only 9 years old, which didn’t seem that old, especially since he’d been an exceedingly energetic dog. However, he began to prefer couch lounging instead of going for a run. Tanner, of course, didn’t mind a bit, and Moose didn’t mind the company. 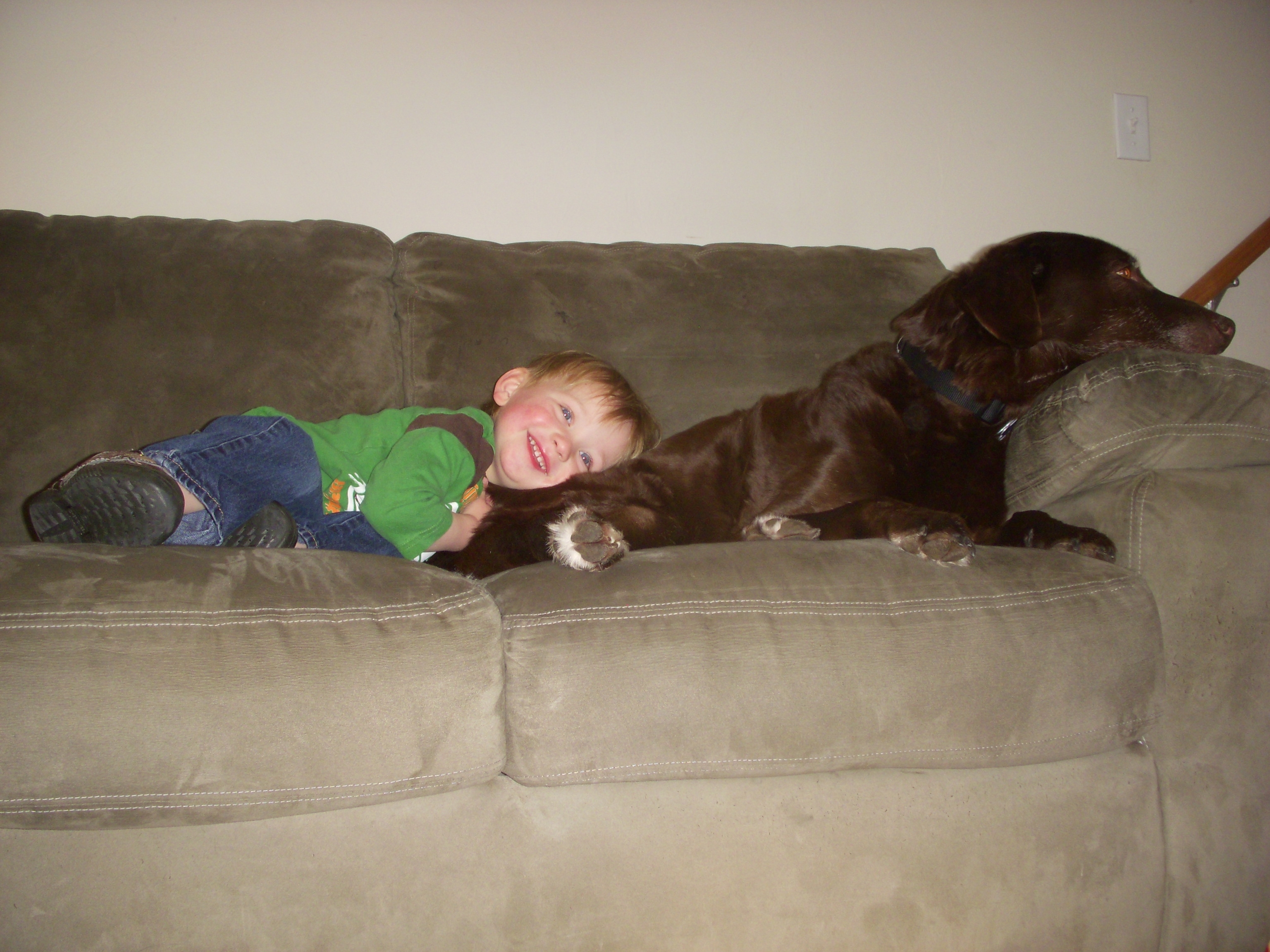 I took Moose to the vet, and his blood work came back abnormal. He had thrombocytopenia, a condition characterized by low blood platelets. The vet diagnosed Moose with an infection and put him on antibiotics. Within two weeks, Moose’s blood platelet level increased but was still considered low. Because there was an improvement, the vet suggested I bring Moose back in for a check up a few weeks later. Moose remained lethargic, and Tanner began catching on that something was wrong with his Moosey. The best treatment from his 3-year-old perspective was lots of naps together. 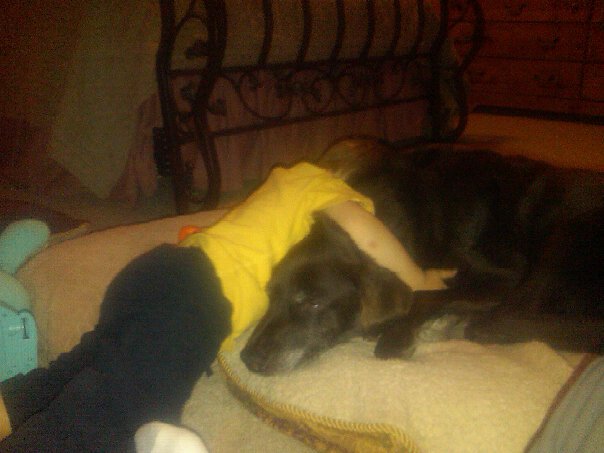 One late night in September, Moose was sleeping with me upstairs. We were shaken awake by a loud crash in the kitchen downstairs. I ran to Tanner’s room with Moose close behind. Tanner was awake and wondering “what went boom in the night.” On the way down the hall, Moose protectively stood in front of the staircase and wouldn’t go downstairs. I saw lights flashing and heard people yelling. After I cautiously descended the stairs, I was in shock to see a corner of our kitchen crushed. A drunk driver lost control of his SUV and swiped our house before he plowed into a fence across the street. Thank God it was only a corner of the house and no one was hurt.

Sadly, this traumatic night seemed to change everything for our sweet dog. Moose was terribly shaken, and his health took a steep dive. He started having breathing problems, and his heart raced even while he was sleeping. I took him back to the vet and asked for more tests. I was hoping it was just canine anxiety attacks and that he just needed some more TLC, such as warm blankets and dinosaurs from Tanner. Then the gripping moment came when the vet called me in to look at Moose’s chest x-ray. 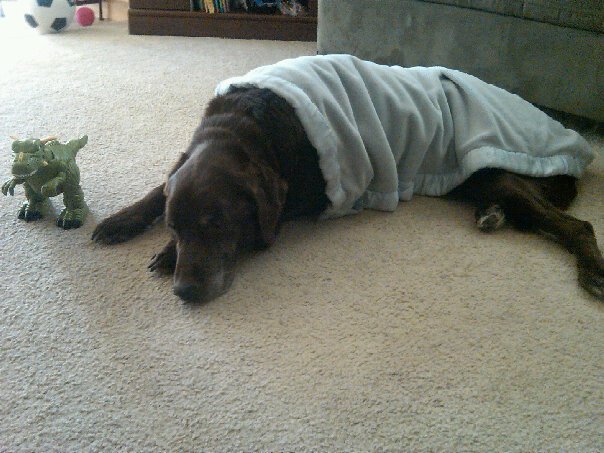 As I hugged Moose, the vet told me that my beloved dog had advanced, untreatable lung cancer. My heart instantly shattered. But, instead of outwardly falling apart, I tried to make light of it and asked, “How could he have lung cancer, he or I don’t smoke?” She had no definitive answers for me since lung cancer is enigmatic in canines. Then the tears gushed out, and I asked her if Moose was hurting. She said he likely wasn’t in pain and that eventually he’d just stop breathing. I brought our dying dog home and vowed to pamper him until the end.

Moose was diagnosed with lung cancer on a Friday and lived for a week. In those precious last days, Tanner and I fed Moose chicken, steak and sausage until he just didn’t want to eat anything. We also camped out on the floor of the living room with him because he didn’t have the strength to climb the stairs at night. We drove him to the park, so he could lay in the sun on the same grass he’d played fetch with us countless times. 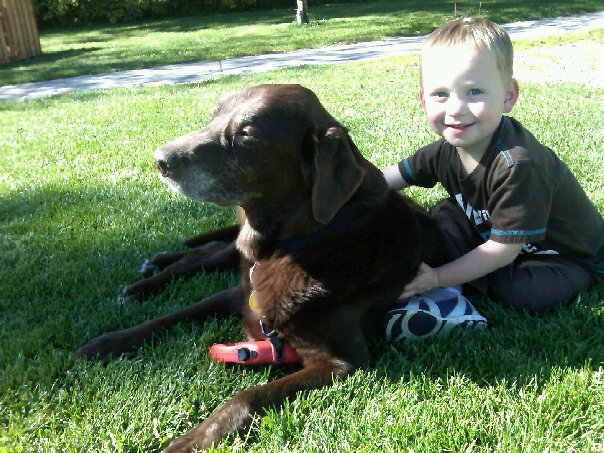 On the morning of October 1, 2010, I woke up from the idyllic dream of Moose bounding through tall mountainous grass. I heard Moose’s labored breathing and was thankful he wasn’t gone yet, but deep down I knew it would be Moose’s last day. Tanner and I tearfully wrapped our arms around our beloved dog, prayed for him and told him it was OK for him to go home to his happy place where he would be free of sickness. 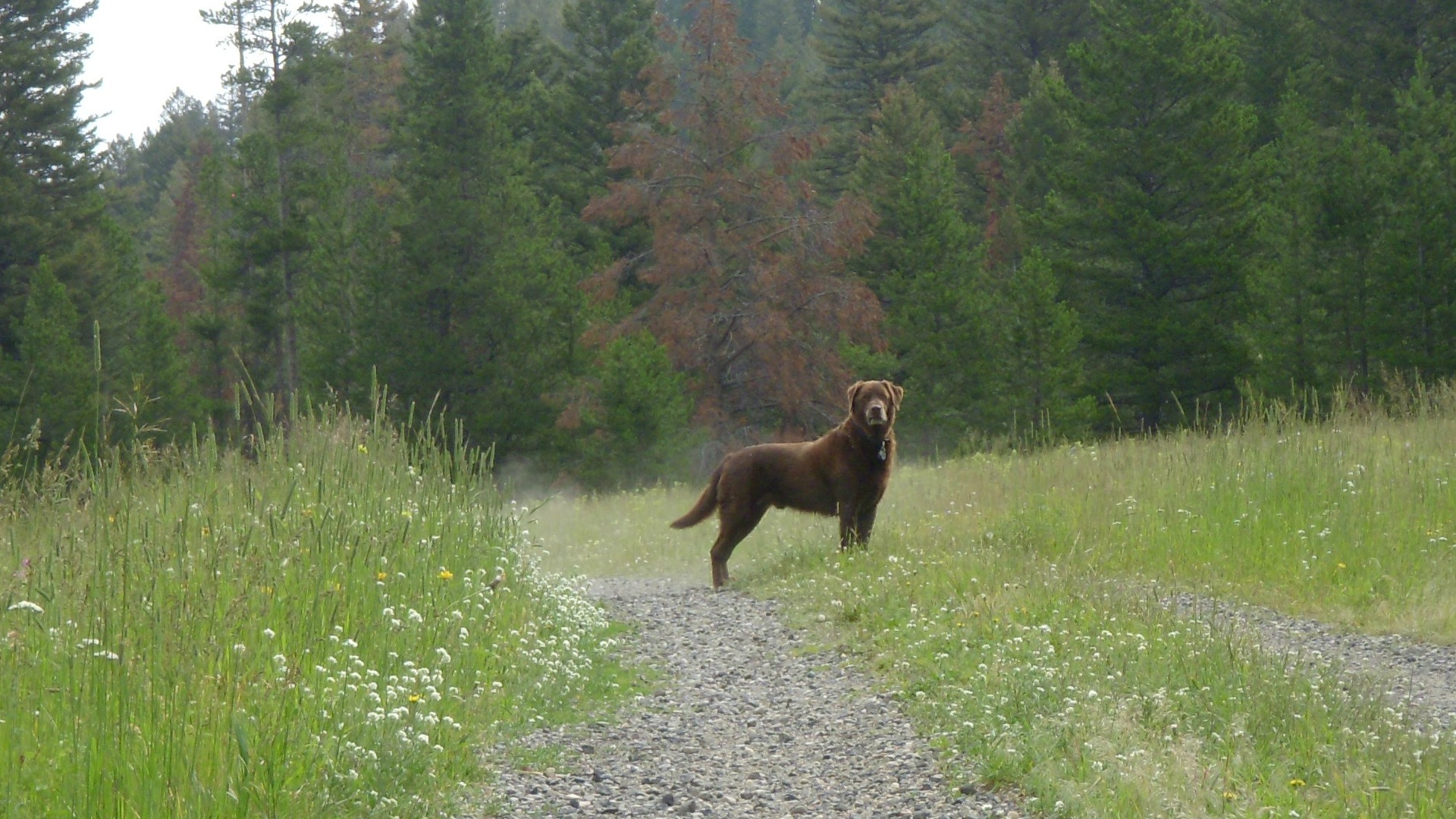 Moose slept all day in the same place in the living room. That evening he got up and laid down where he could look at me and Tanner. This was his good-bye. He laid there for about 15 minutes then slowly got up again. He started to walk and stumbled a couple of times. My heart ripped open because I knew it was the end. He fell down, and I wrapped my arms around him. Tanner realized Moose was at the end. My sweet, hurting boy came over and laid down on me and Moose. Moose took a huge ragged inhale then deeply exhaled his last breath. He was free.

Does your pet have cancer?
Why you need pet medical insurance
The real risks and benefits of pet vaccinations

20 mins ago
by Kelsey Mulvey