When I was in middle school, we adopted an adorable little beagle puppy, named her Belle and became obsessed with the breed.

It wasn’t until we had to put down our other dog years later and started looking for a new friend for grieving Belle that we learned just how much the wrong people also love beagles. The Anti-Vivisection Society names the beagle as the most common dog breed in testing labs, meaning there are a lot of beagles that never see the outside of a cage or a research facility. And that’s not an exaggeration. When organizations rescue them from labs, they see grass and the outdoors for the first time ever.

You would probably be amazed at how many items in your house right now went through lab testing on animals. It’s not just pharmaceuticals. It’s products you buy every day like dish soap, laundry soap, makeup, most personal care products and household cleaners that you find at any major retailer. The FDA does not require this by law, but most companies just don’t want to change their ways.

So, already knowing the corrupt story behind pet adoption stores and puppy mills, my mom and stepdad refused to get a new dog that wasn’t a rescue. Learning that little Belles are so commonly used as science projects only reassured them it would be a beagle.

They went to adopt one. They came home with two. 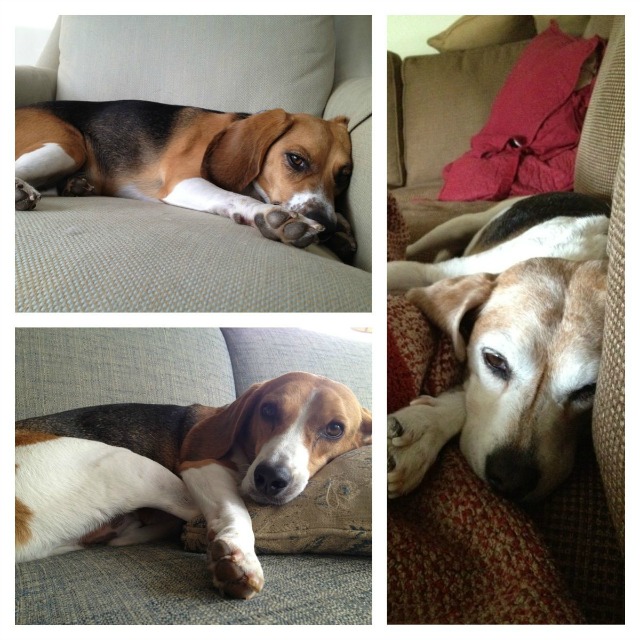 We don’t know much about Poncho’s (above, on the bottom left) past, besides his half ear that we make up battle stories for, but we know that Ernie (top left) came from a lab by the number tattoo on his ear. 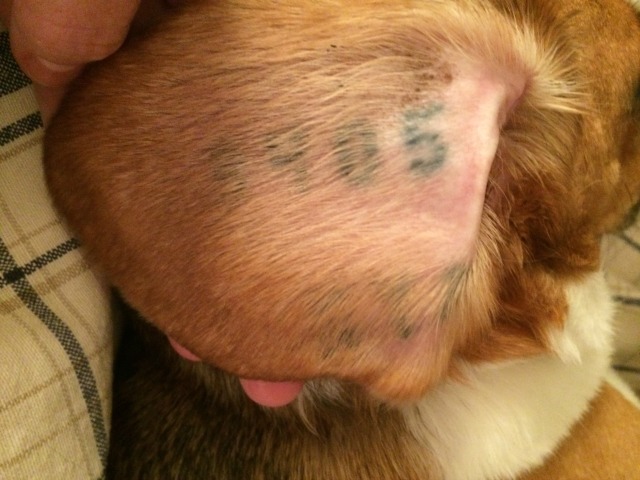 And when an old friend called me a year ago saying she had a 5-month-old beagle she had to surrender to The Humane Society that day, I was hesitant to take on the responsibility, but I couldn’t really bear the thought of another dog in need of a home that I could give her. So, I gave her one. 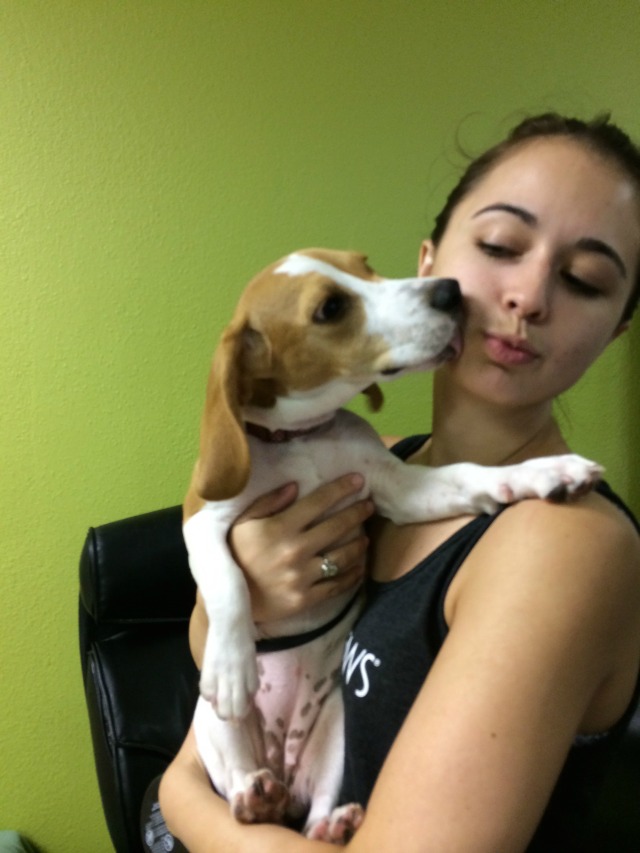 According to The Beagle Freedom Project, 106,000 people die annually from drugs tested safe on animals, and while not all of our beagle family was subjected to that testing, knowing what we know now has changed the way we shop.

It’s common to get the eye roll from people when I tell them I buy something because it’s cruelty-free, in the same way people roll their eyes at shopping organic or drinking green smoothies, like it’s just another hippie-dippie fad. But it’s so much more than that. Keeping beagles, or any breed, locked up in a cage their whole life is no better than the people who abuse and abandon their dogs for dead.

A research lab’s standard protocol is to euthanize the dogs when it’s done testing, even though they are often perfectly healthy. So, it’s not the puppy stores that support puppy mills that breed and mistreat dogs purely for profit that you need to support, it’s rescue organizations that give those dogs and lab dogs a second chance when no one else will.

Watch this video, and you’ll feel passionate about animal rescue, too. Plus, according to the AAVS, 9 out of 10 drugs tested on animals still go on to fail in human trials. So, you tell me how that makes sense.

You can download the Cruelty-Cutter app that lets you scan products and learn if they are cruelty-free or not. Here’s a list of brands that are certified cruelty-free (look for the leaping bunny on product labels) and a list of brands that still use lab testing. It’s not easy because almost every major brand you’re used to buying is probably the bad guy. It can take some lifestyle changes (and I’m still not perfect), but making the effort to buy cruelty-free keeps your dollars away from companies that trap animals in cages for no good reason.

Some of my go-to buys are:

Black dogs don’t get adopted as often and the reason is sad
Meet the breed: Beagles
3 Heartbreaking reasons people gave for giving up their pet