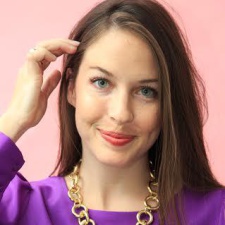 Living alone has its perks. I like coming home after work, taking my pants off, throwing my hair on top of my head in a big pile and laying in my bed to read or watch shameful television… alone. With that freedom comes the obligation to be more self-aware. As a way to teach you how to live alone, and safely, I want to share my stories, laden with obvious mistakes and mishaps.

Here’s my backstory. In college I lived in a sorority house in Indiana with 80 girls. It was insane, but it was safe. At any given time, I had 80 women watching my back. My biggest concern was getting pinkeye (if one got it, we all got it). So when I moved out west to take a job in Salt Lake City, also insane, I had no choice but to live alone and start learning how to reap the benefits of personal space, while taking responsibility for my own safety and security. Coincidentally, I started working in the home security industry and have since become a home security expert who rarely heeds her own advice. I have a lot of funny stories where I’ve acted a fool, but hidden within these stories are legit tips for staying safe when living alone, especially if you are a woman. Here we go.

1. Don’t open the door… unless you know who it is 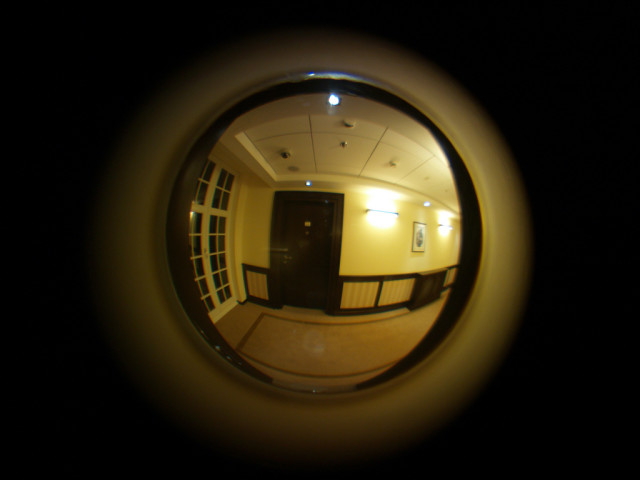 When I first moved to Salt Lake, I lived alone for two years in a cheap and relatively new apartment located in a questionable part of town. One Saturday afternoon, a time of day that I considered very safe based on nothing other than the shining sun and chirping birds, a young girl knocked on my door.

“Oh, she’s harmless,” I thought. I opened the door and she extended her tiny little hands to me, opened them up and said, “Buy gold?” In her hands were a few gold coins, and for a little kid, she was very insistent that I purchase. Shocked and uncomfortable, I looked around and saw she was accompanied by two men and a woman who were “hiding” behind the stairwell, watching me. At that point, I realized I had unintentionally opened my door to several strangers. I quickly said, “No thanks,” and shut the door. Needless to say, that instance left me feeling a little sketched out.

Serious takeaway: It sounds like common sense, but don’t open the door unless you know who’s there. If you don’t have a peephole, get one. Lock your doors, every single time. Have emergency contacts on speed dial in case seemingly harmless events like this take a turn for the worse. Weird things can happen.

Death Becomes Her is really more of a horror movie than a comedy. Let’s just get that out on the table before I tell this story.

One Saturday morning, I sat in bed in my second-story apartment, watching a horror movie and leaning my back against a window while my hands gripped my coffee mug. All of a sudden, I felt a smack! against my back, through the window behind me. So, I did what any grown woman would do and moved from my bed to the floor, where I continued to watch the movie in heightened fear. That is, until another boom! struck my window with so much force that I thought it broke. Of course, the movie wasn’t helping my paranoia.

Someone continued to throw unidentifiable objects at my window for a good 15 minutes. I was too afraid to pull the blinds and show my face through the window, so I just called the police and calmly said, “Someone is throwing rocks at my window, and I’m too afraid to meet their gaze so I don’t know who it is, but can you come check it out?” A friendly responder said, “Sure!”

Shortly after, I heard my neighbor yell out his window, “Dude, what are you doing? That’s not my apartment!” Much to my surprise, it was just a guy throwing snowballs, trying to get the attention of my upstairs neighbor, not a crazy man with a weapon trying to get in so he could hurt me. I had to call the police back and tell them it was a false alarm.

Serious takeaway: It’s OK to call the police and report suspicious activity. Living by yourself means you have to be more aware of your surroundings and trust your gut. Although there is a level of ridiculousness in this particular story, if a person makes you feel uncomfortable or you witness something that just doesn’t feel right, do not hesitate to call the police.

3. Communicate with your landlord 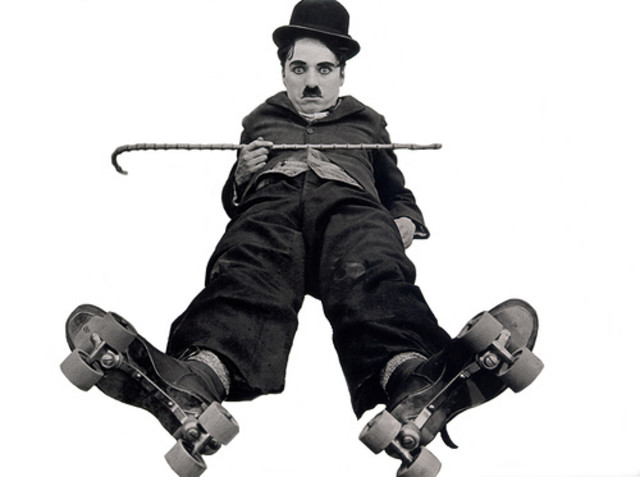 In the last three years in my current apartment, I have learned the importance of communicating with my landlord to get all possible security risks fixed. What I really wish I had done is walk around my apartment before I moved in and tried to think like an intruder. I wish I’d made sure that I had screens (which I didn’t), that my doors and windows shut and locked properly and that my doors wouldn’t randomly fall off their hinges. Seems like something you wouldn’t have to worry about, right? Well, just one month ago, I opened my front door and it just fell off. I mean, it was funny! I just sat there open-mouthed, giggling, trying to pick up the (heavy) door and then wobbled around my kitchen trying to stand the door upright. I felt like I was in an old-timey slapstick comedy; I just needed a penguin suit with a black bowler hat.

Serious takeaway: Doors falling off hinges aside, whether you notice something is broken right off the bat or later on, it is the landlord’s job to fix broken appliances, fixtures, doors, windows and locks, among other things. Communicate with him or her as often as you need.

4. Get to know your neighbors

For whatever reason, I haven’t felt like getting to know my neighbors, and it hasn’t done me any favors. Instead of getting to know them, I’ve contrived very elaborate stories for almost all nine of my current neighbors. Funny thing is, I’ve met two, seen three, and imagined four. You can tell a lot about a person by the way they shut their doors, how they park their cars, the amount of noise they make when they walk, who visits them at what time, etc.

So when I accidentally left my keys in my front door (on two different occasions, mind you), my neighbor’s attempts to alert me were perceived as dangerous and mysterious threats to my safety. The first time it happened, I ignored the knocks on my door, muted the TV and played dead. I woke up the next morning for work, opened the door and found my keys in the door. The second time, I was reading in bed and the mystery neighbor knocked once… twice… and finally I said “One second!” He (Bruno) said, “Your keys are in your door. This is the second time. Just wanted to let you know!” Bruno thinks there’s something seriously wrong with me. He might be on to something. But at least I’ve since gotten to know his name.

Serious takeaway: Don’t be afraid of your neighbors. My introverted tendencies could have really cost me. Someone could have swiped my keys or a neighbor could have been trying to alert me to a more serious emergency. You don’t need to be best friends with them, but it’s nice to have an extra set of eyes watching out for you when you live alone.

5. Get an affordable security system, or a dog 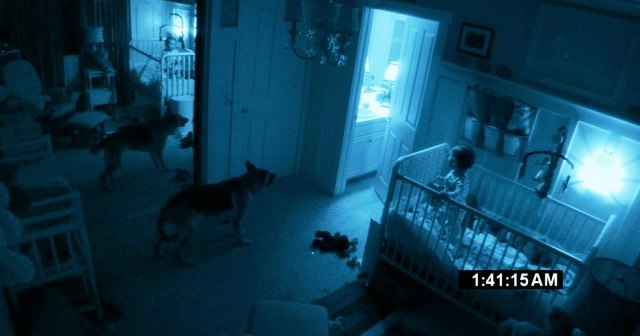 A couple years ago, my sister came to visit me from Denver, where she lives alone. We sat in my apartment watching Paranormal Activity one night and were scared out of our minds. We talked about how much we liked living alone, except for the times when you watch a scary movie or hear spooky noises that end up being nothing. My sister joked about seeing ghosts in my place, which made me unjustifiably paranoid for weeks. But what justifiably scared me and made me take my safety far more seriously than I had before, is what happened when my sister got home from her trip.

All of her doors were open, and burglars had stolen all of her valuables. Papers and bills were strewn about the house, a scene which I can only imagine as being titanically traumatic and overwhelming. The thieves had taken more than her possessions; they stole her sense of security.

After this happened, she had security doors installed, and then called ADT to send an installer over immediately. During that waiting period, the burglars came back and tried to kick in the back door. This time, her dog Dixie was home and scared them away (you can see Dixie and her story here).

Serious takeaway: Consider a monitored home security system. When something like a break-in happens to someone you care about, the investment suddenly becomes worth it. You can even find systems for apartment renters, so you can take it with you when you move. Personally, I think the peace of mind is worth the dollar-ish a day. If a security system isn’t within your budget, think about getting a dog. Had my sister’s dog not spooked the burglars, they would have come back for more.

In conclusion, when all of this happened to my sister, I still worked in home security but never considered a system for my own place. I honestly thought that I’d brought most threats to my safety upon myself. That isn’t the case, and just because I’m able to find the humor in these stories doesn’t mean that your personal safety is any less serious. Enjoy your time living alone, but be alert and aware of what is going on around you at all times.

3 hrs ago
by Rebecca Padron