Black celebrities are turning their skin white to persuade black and minority ethnic groups to vote in the upcoming general election.

Photographs of Campbell, Harewood, Tinie Tempah and Adepitan with white makeup on their skin were taken by Rankin and appear on posters with the warning, “If you don’t register to vote, you’re taking the colour out of Britain.” It’s hoped that black and minority ethnic communities will be encouraged to use their votes on May 7, following a survey of voters in the 2010 general election which showed that the turnout rate for non-white voters was only 51 percent (compared to 67 percent for white voters). 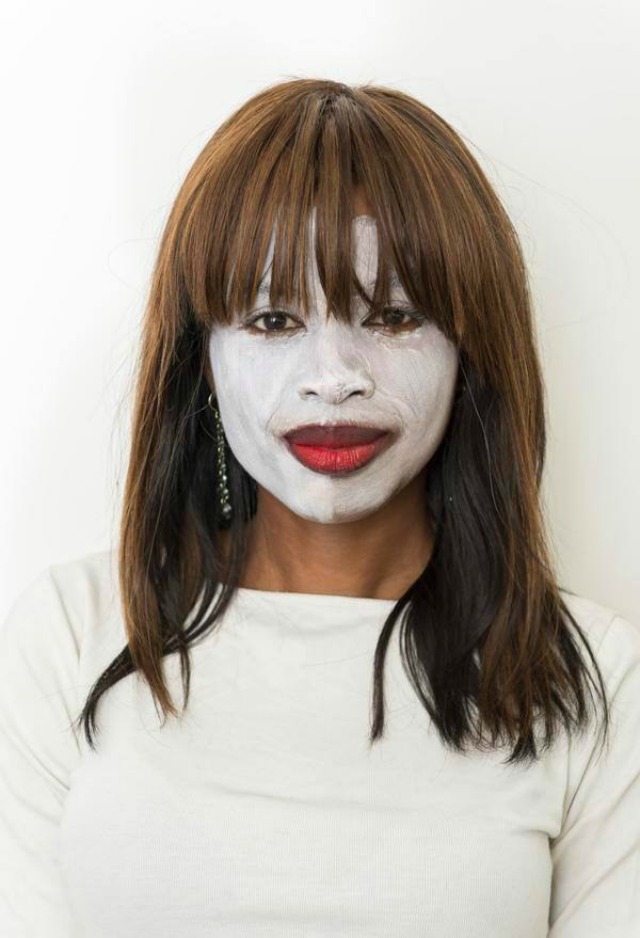 Sarpong appeared on ITV’s Loose Women today to talk about the campaign and show photographs of herself with “white face.” However, the response was mixed. While many viewers clearly supported the campaign, some voiced concerns that if white people put on “black face” they would be accused of racism.

Sarpong defended the campaign, saying: “It’s not offensive for black actors to ‘white up.’ It’s not the same as white people blacking up” and reiterating the Operation Black Vote message that if black people do not vote the U.K. will not have “colour.”

With around 20 million Brits expected to choose not to exercise their right to vote on May 7, it’s certainly true that encouragement to vote is needed for all, regardless of skin colour. However, Operation Black Vote’s focus on the black democratic deficit in the U.K. is an important one. Black and minority ethnic groups remain grossly underrepresented in Parliament and only by voting can that be changed.

“I think there is a great deal of cynicism out there amongst black and minority ethnic communities that we feel we are powerless,” he said. “We have demonstrated that with those marginal seats we are far from powerless, we are powerful, we can decide who has the keys to Downing Street.” 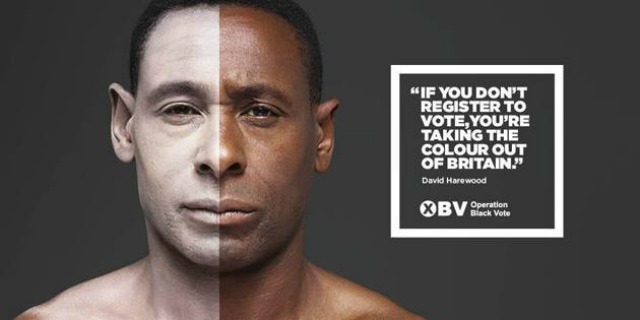 More: Kym Marsh is one of around 20 million Brits who won’t vote 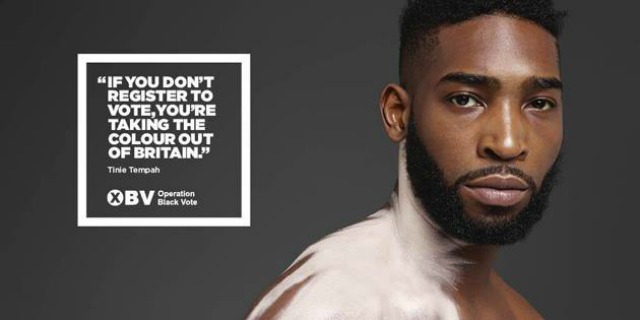 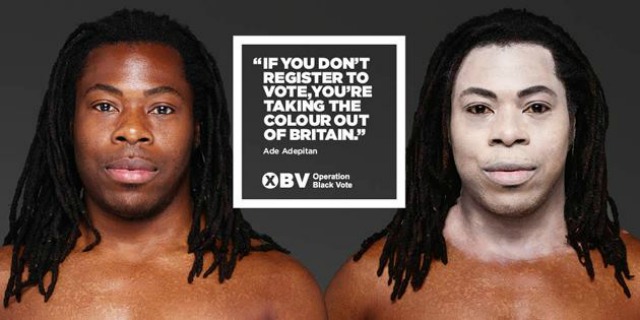