It’s been a pretty big day around SheKnows today. You know, there were doughnuts in the break room this morning… and we hosted a town hall with the President! We’re trying to be casual about the whole thing, but it’s a pretty big deal to have a sitting president sit down with a bunch of working moms like us and talk about the issues we care most about. 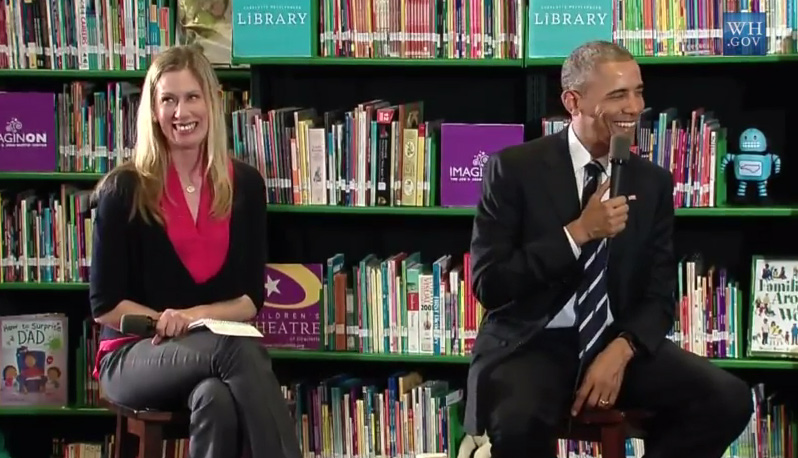 So, surrounded by community members and more than 50 SheKnows Media and BlogHer Experts, President Obama participated in a town hall today to talk to everyday working American women about the issues that most impact our lives — equal pay, jobs, student debt, child care and the everyday struggle to raise a family in 2015 America.

Led by BlogHer co-founder and SheKnows Community Officer Lisa Stone, we asked the president tough questions about the future of America and exactly how he thinks it will look for our children. In case you missed his answers, here’s what President Obama wants you to know. 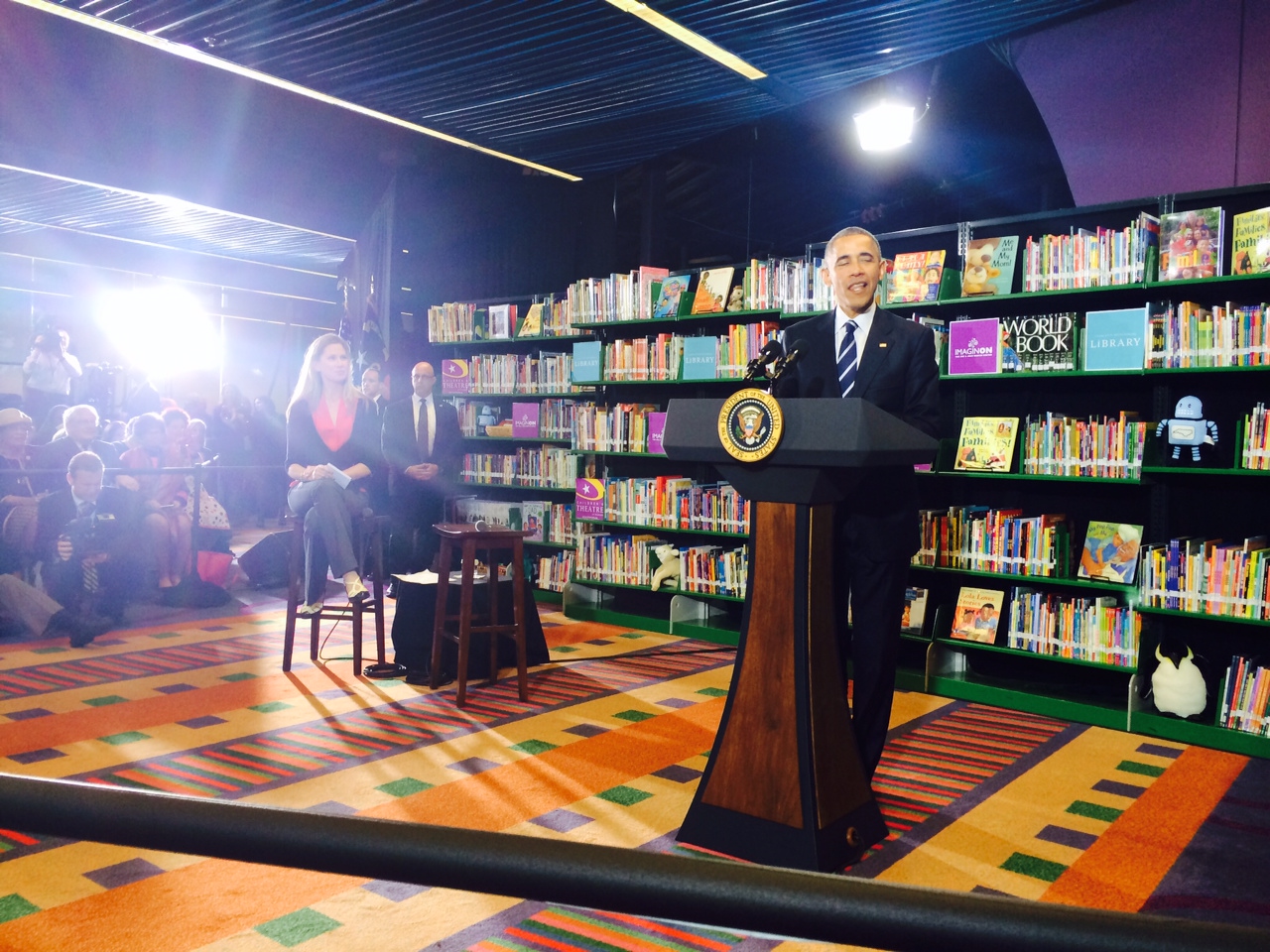 “The main breadwinner in our entire family was my grandmother,” President Obama said. “I’ve got two daughters and I expect them to be treated the same as someone’s sons on the job.”

So why can’t we get the Paycheck Fairness Act passed?

“It’s really just a matter of convincing a number of Republicans that they have daughters too, they have spouses,” he added.

According to the White House, the average woman will lose $420,000 over her lifetime due to the wage gap of about 22 cents an hour between men and women doing the same work.

“Let me tell you now, Michelle would point out that First Ladies get paid nothing, so there’s clearly not equal pay in the White House when it comes to her and me,” President Obama said. “But before we were in the White House, I wanted to make sure Michelle got paid as much as she could! I want a big paycheck for Michelle! That wasn’t a ‘women’s issue’ — if she had a big paycheck, that made us able to pay the bills!”

So what do we need to get this done? An all-too-familiar obstacle: Congress.

“What we need to do is build a movement,” he said. 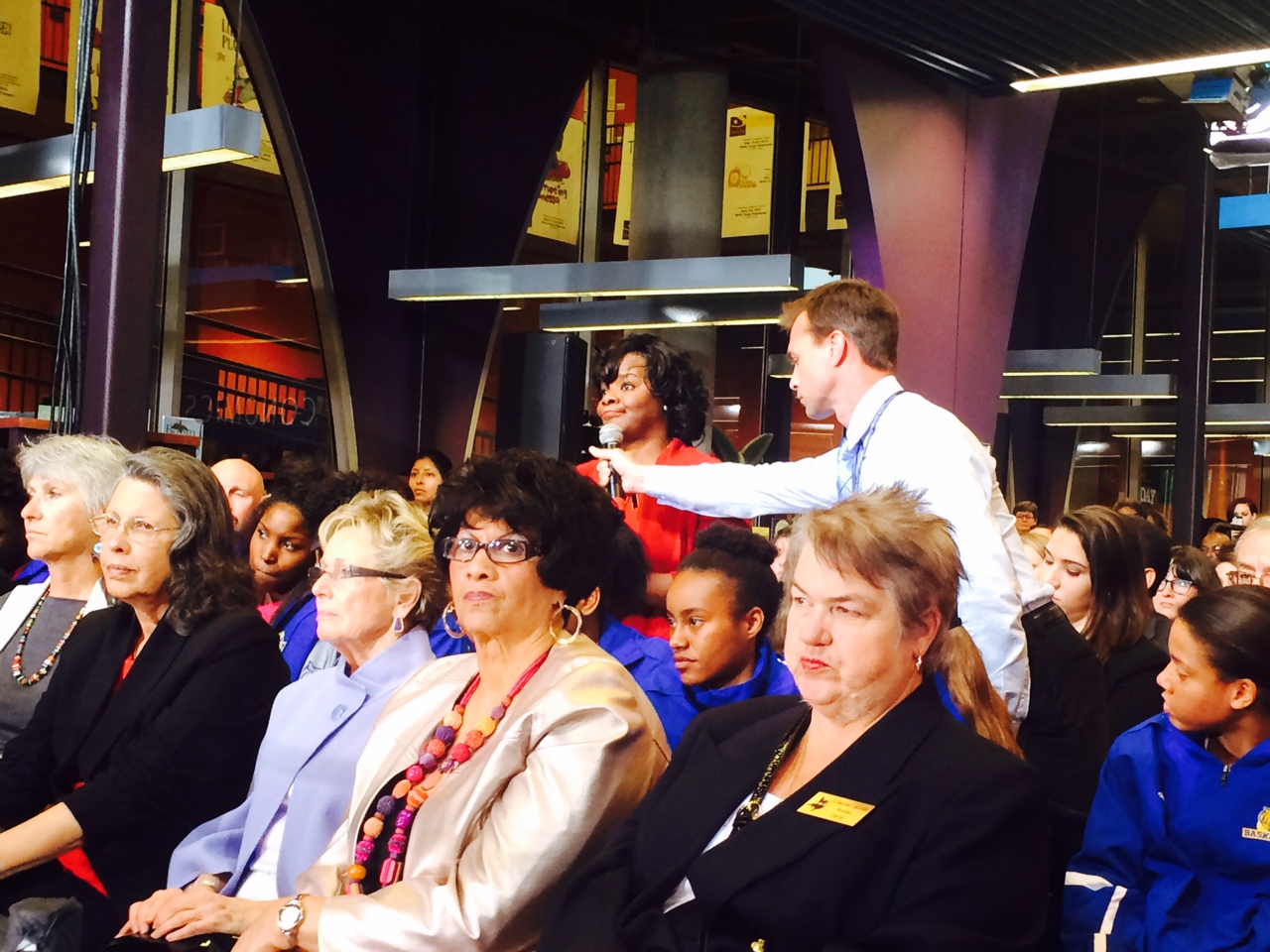 Blogger Feminista Jones submitted a question asking the president why America is so far behind other countries on pro-family policies like paid maternity and paternity leave and affordable child care. Another woman in the audience, Collette (pictured above in red), asked about why the child care vouchers she depended on to take care of her children while she worked have disappeared.

“I’m a single parent and me and my fellow sisters had to make choices between before-school care and after school because we need to work,” she told the president. “How can you help us?”

President Obama responded by pointing out that for every $1 the government invests in early childhood education our American economy as a whole nets an additional $7 in a decreased need for social services and interventions in the future and added tax revenue that healthy successful members of our economy contribute.

“It’s not charity,” the president added about wanting to invest in everyone’s children. “If your child is doing well, paying taxes, staying in school… that’s an investment.” 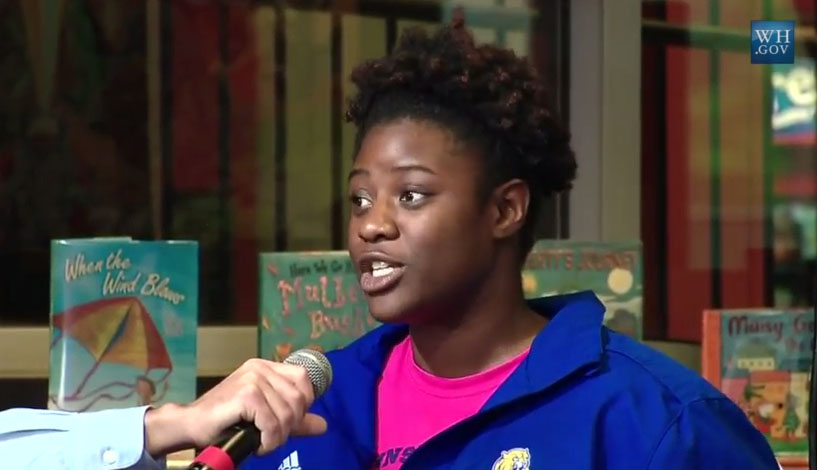 One college junior, who plays on her college basketball team (pictured above), asked President Obama about how to reduce the “the bond” students have today to skyrocketing student loan debt.

No stranger to student loan debt himself, the president says first it’s important to give students a basic education about the debt they’re taking on.

“We need to educate young people on how student loans work and interest rates,” President Obama said. “And we need to reduce the cost of higher education in general.”

One of the ways the Obama administration has tried to drive down the cost of college is by introducing legislation making a two-year community college education free for every American. 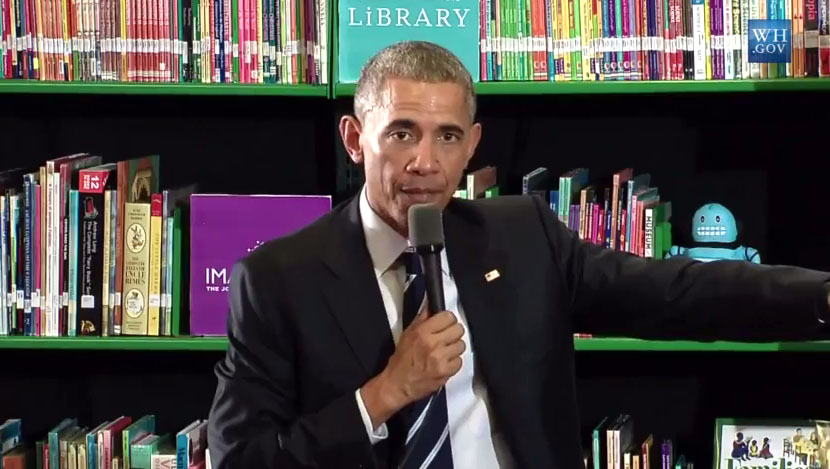 Ashley Taylor, who is an R.N. and blogs at The Dose of Reality, asked President Obama what was perhaps the toughest question of the afternoon, “As the mother of two daughters, how do you suggest I best empower them if they will be paid less than a male counterpart?”

Obama talked about the need for women to come together and create a movement. He admits that although “we want all these young ladies to feel like the world is wide open,” that it’s important to recognize where progress still needs to be made.

“Remind your daughters that things aren’t always perfectly fair,” he said. “But people with determination can make them fairer.”

Here’s the full video from the SheKnows Town Hall