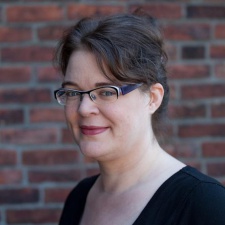 The gender wage gap is a hotly debated topic, primarily because the oft-quoted statistic of women making 78 cents for every dollar men make is not exactly right. It’s also not exactly wrong. It’s a broad brush stroke.

That being said, there are absolutely some serious issues around pay for women in this country that need to be addressed, but it’s important to get into the details or we won’t solve it.

We’ve heard this again and again, that men tend to dominate higher-paying fields like technology while women tend to dominate lower-paying fields like education. This is a much bigger issue than simple job choice. From birth, little girls hear that boys are just naturally better at math and science, so they may actually opt out of careers that require these subjects. It turns out, that’s not true. According to Time magazine, a review of 308 studies involving more than 1.1 million boys and girls shows that girls have been getting better grades than boys in all school subjects, including math and science, for a century. So, where did this myth start? Apparently, previous studies that pointed to boys having a natural affinity for math and science relied exclusively on achievement tests like the SAT and not GPA. The Time article stated, “While such tests are predictive of performance in school, they may also reflect differences in things like how anxious students get before taking tests, as well as test-taking strategies.”

As women rise through the ranks, you’d expect that any gender wage gap might shrink, not grow. But, in fact, the gender wage gap increases at every step up the career ladder. As responsibility increases, so does the disparity in pay. There are a lot of theories about why this might be the case, but there are a couple data points that help put this into perspective.

First, there are far fewer women in leadership roles. So, more often than not, those in positions of power making the choices about who to grant raises to (and how much) are men. I’d put forth that it’s easier to recognize leadership potential in someone who demonstrates it in the same way you might. According to an article in the Harvard Business Review, “The behavioral styles that are most valued in traditionally masculine cultures, and most used as indicators of ‘potential,’ are often unappealing or unnatural for high-potential women, whose sense of authenticity can feel violated by the tacit leadership requirements.” This leads to a disconnect where women are seen as less confident in the workplace when they simply may show their confidence in a way that isn’t recognized by their male bosses.

Second, men are paid for perceived potential while women are paid for proven performance. This is according to a study by nonprofit Catalyst titled “The Myth of the Ideal Worker.” In the study, Catalyst looked at the career paths of 3,345 “high potential” MBA graduates and found that “In pursuit of advancement, high potentials left organizations, seeking to achieve their career goals elsewhere. But it was men who went to a new employer who had the greatest compensation growth. Women earned more when they stayed where they had already proven their worth.”

The study went on to ask, “Are men being rewarded without even having to ask? Do women have to raise their hands and seek recognition to an even greater extent than men do to receive the same outcomes?”

The standard advice women hear on salary negotiation is to be more confident and just ask for a raise. But, the sad truth is that women who advocate for themselves often pay a high professional price for doing so.

In one study, cited in a recent Money magazine article, researchers asked participants to watch videos of men and women asking for a raise, using the exact same scripts. “The result? Participants liked the men and agreed to give them the bump in pay, but found the women too aggressive. While they gave her the raise, they did not like her. In particular, male study participants were less willing to want to work with the female negotiator,” according to Money magazine.

Pay close attention though. Both male and female study participants found the women “too aggressive,” even when they used the exact same language as the men to ask for a raise.

In a separate Harvard study, linguist Kieran Snyder examined 248 performance reviews for both men and women. Snyder found that men tended to be criticized for failing to develop or exhibit certain skills while women were most often criticized for personality issues. According to Snyder, “Words like bossy, abrasive, strident and aggressive are used to describe women’s behaviors when they lead; words like emotional and irrational describe their behaviors when they object. All of these words show up at least twice in the women’s review text I reviewed, some much more often. Abrasive alone is used 17 times to describe 13 different women. Among these words, only aggressive shows up in men’s reviews at all. It shows up three times, twice with an exhortation to be more of it.”

None of these issues will be resolved in time for your next performance review or job interview, so knowing all this, how do you approach your own salary negotiations? Just being aware that there are some obstacles to overcome can be helpful in developing your approach. But, some of the tried-and-true methods do still hold water.