Get ready, and put on your royal blue, because today is World Autism Awareness Day, a day when Autism Speaks asks us all to “Light It Up Blue” to raise awareness for the 1 in 68 kids affected by the disorder.

From London’s Trafalgar Square to New York’s famed Empire State Building, more than 10,000 buildings will be cast in blue light to honor those who struggle with autism.

In Cleveland, Ohio, the Terminal Tower will join CenturyLink Field, the Great Pyramid in Egypt, the Las Vegas “welcome” sign and One World Trade Center.

Find a building in your area that’s “Lighting It Up Blue” by visiting Autism Speaks and entering your zip code in its search tool. Other buildings that will light up the sky in sapphire light for autism include the Prince’s Palace of Monaco, the Nelson Mandela Bridge in South Africa and the Ministry of Education in Kiev, Ukraine.

How do they do it? Turns out Home Depot and Philips teamed up to create a special “autism blue” light bulb to turn any home or building into a beacon of autism awareness called the Autism Speaks 25-Watt Incandescent A19 Transparent Blue Light Bulb. It’s just $3, and there’s still time to swap out your porch light before nightfall. 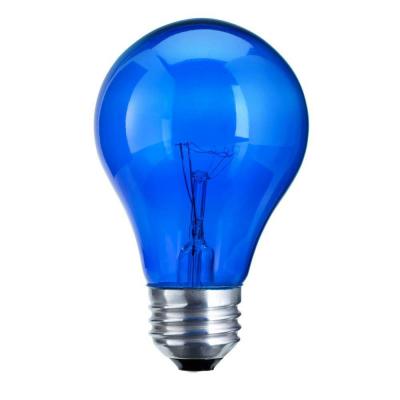 Share photos of blue homes and buildings in your area on social media with the hashtag #LIUB, and show your support for those struggling with autism and for their loved ones.