My dog, Marconi, is a 96-pound Italian Spinone. I was in search of a breed that was as sensitive as he was predictable, who would be good with both crying children and mentally impaired seniors. That may sound harsh, but in a facility that allows therapy dogs, the kinds of patients you meet can run the gamut.

t A good therapy dog has to be ready for all of it. I’ve had dogs my whole life; all would have been useless at therapy work. Some barked at wall shadows, others startled at loud noises, one howled at sirens; certainly they were good dogs, but there wasn’t a therapy animal among them.

tOne year at the Westminster Kennel Club Dog Show I met my first Italian Spinone. It was instantly evident that this dog was very gentle and remarkably sweet. I soon learned that there were breeders who cared so deeply for this breed that they had been working tirelessly for years to carefully and thoughtfully breed those traits into their dogs.

t I knew this was the breed for me since it was these exact traits that are also important in therapy work.

t When I first met my little boy, I scooped him up into my arms since I knew he’d had a long trip and I was worried how he would fare in a big city for the first time. I felt him flop down, melting into me, relaxed and calm; he trusted me immediately. That instant trust of a stranger (which I was, since we had just met) assured me that, at his innate core, he possessed the characteristics to be the perfect therapy animal. A true natural. It remains remarkable to me that this dog, who was also ideally suited for farm life as a small game hunter, adapted so readily to city living.

t My first task was to help him grow into a confident, secure dog. I knew from years of dog ownership that aside from the basics (love, food and squeaky toys) puppies need rules and a routine. That’s why I didn’t want to wait to train him. But where to go? 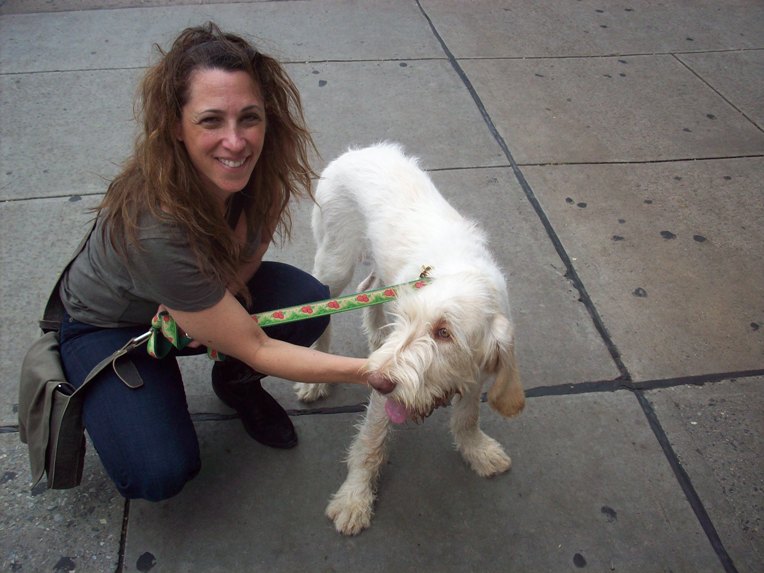 t I called my good friend David Frei from Westminster. I was very active with David’s therapy dog organization, Angel On A Leash. He directed me to Michele Siegel, a certified instructor for the most respected therapy dog program in the country, Pet Partners.

t Pet Partners is the only national organization that provides extensive training which results in you and your dog becoming registered, certified and insured. The two of you become a team and you train together (like a very cute Charlie White and Meryl Davis).

t I knew this was what I wanted for my pet. As an active member of Angel on a Leash (months before I got Marconi), I had watched David and his dogs, Teigh and Belle, visit sick children. I noticed how happy the dogs seemed to be when they were working, and also how much good they did for the children and their families who were in the midst of the worst time in their lives.

t There is a great deal of research both medical and psychological that advocates for therapy dog work, touting the benefits to both health and well-being. I also believe in allowing an animal to do the job it is hardwired to do. As a sporting breed, work was part of Marconi’s DNA. One of the main traits of the Spinone is their unusual sensitivity, and I had seen it so many times with Marconi. When my mother first met him she happened to sneeze. He jumped up and ran over to her to sniff her nose and make sure she was OK. Even now, if my boyfriend and I raise our voices, Marconi comes to stand in between us as if to say, “Hey, chill out, you two.”

t Marconi and I took two six-week courses. The first was an obedience class for puppies to determine if he even had what it took to become a therapy animal. There were about 12 other pups in our class. Not all would go on to become certified; some would have to be content with the comprehensive training they received. 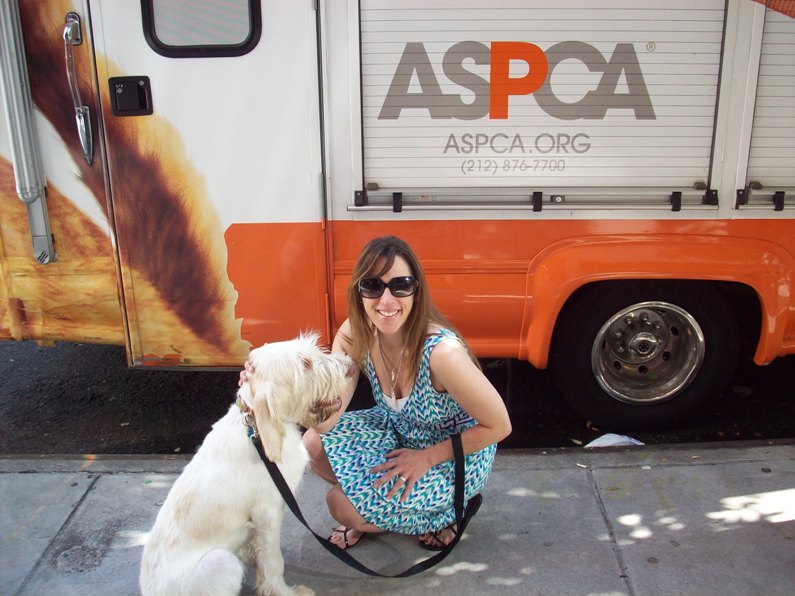 t That first class consisted of basic commands that are vital to know once you’re in a visiting facility such as “stay” and “look.” Important if a gurney has to push by you quickly, or if a tray of meds is dropped. But we didn’t just learn commands; we had to become familiar with our pup’s body language. Can you read your dog? What are the signs that he is tired? Scared? Content? About to become aggressive? He is just four months old and already nearly 50 pounds, so I had better know the answers to all of those questions, therapy dog or not.

t The second class was more facility-specific. They exposed him to hospital beds, walkers, IV poles and anything else that he might encounter in a hospital setting. One day they had volunteers come to do a training activity they called “crowded petting,” where several people would stand over him, petting him at the same time. It may seem like an odd thing to train for, but you would be shocked at how many times that very situation occurs. We visit at the local universities’ study breaks and have had up to six students at a time crowding around him.

t This class also tested him for novelty, since unpredictable behaviors happen when you’re working at a hospital, or with children, and catching a dog by surprise can be dangerous. So, in class, an instructor would put on a mask or wig and would do a zombie shuffle towards Marconi. He thought it was funny and would either puppy-pose them or sniff their pants. That’s considered a good reaction. Being fearful is not. As I expected, he was a natural.

t His first experience with real-life novelty would come less than a year into his work at a hospital in Hell’s Kitchen. A staff member, known as a patient advocate, was feverishly searching each floor looking for Wednesday’s dog team, and that was us. He said he had a patient with head trauma who was struggling, and the doctor suggested that a dog could help him make the connection he needed to begin his recovery. Marconi perked up. This was his moment. Somehow he knew that it wasn’t his regular visit, but was perhaps the reason he became a therapy dog.

t In the room, a man was propped up in a strange-looking Barcalounger sort of bed. There were tubes and machines, none of which fazed Marconi. He walked in like he was walking into a pet store, certain someone would give him a biscuit. The man’s eyes were fixed on the ceiling and while he was clearly alive, he was not moving; he seemed almost catatonic. Marconi surveyed the room and in an instant knew who needed him most. Pulling me, he went to stand right next to the man in the unusual bed. We heard the doctor urge, “Look at the dog. Concentrate on your eye movements only, and look at the dog.”

t We saw the man struggling, thinking hard, until finally after what felt like an hour he gained control of his eyes and looked directly at Marconi… who looked right back up at him, tongue hanging out, waiting to be treated, petted, something. But he knew this man was different and he just sat there, calm and forgiving.

t The man’s wife burst into tears. “Put his hand on Marconi’s head,” the doctor told her (we were on a first name basis now after that last milestone). Again, the doctor commanded the man, “I want you to choose one finger, and move that finger. Concentrate. Think about scratching Marconi. Can you do that?”

t Again, the man struggled, but Marconi stood up even taller, leaned into the man as if to say, “I’m here for you buddy, take your time, I’m not going anywhere.” And that’s when we saw one finger, moving ever so slowly, but deliberately, scratching the top of Marconi’s head.

t Marconi closed his eyes, contented that he finally got what he came for, a scratch.

tAddendum: It was this patient, on this day, that would win Marconi his first American Kennel Club Canine Excellence Award (ACE) his very first year as a therapy dog. He beat out thousands of others that had been in the game a lot longer than he had. The award, given specifically for his exemplary therapy dog work, as recognized by the AKC, meant that his breeding, my training and his innate sensitivity changed someone’s life that day. That patient was able to begin his recovery the next day, but equally as important, as a result that hospital now uses therapy dogs for head trauma patients regularly.