We appreciate Spirit Airlines offering up dirt-cheap $69 round-trip airfare, but did it really have to resort to a tired, unfunny joke about 69 to do it?

Here’s the ad announcing the $69 promotion. 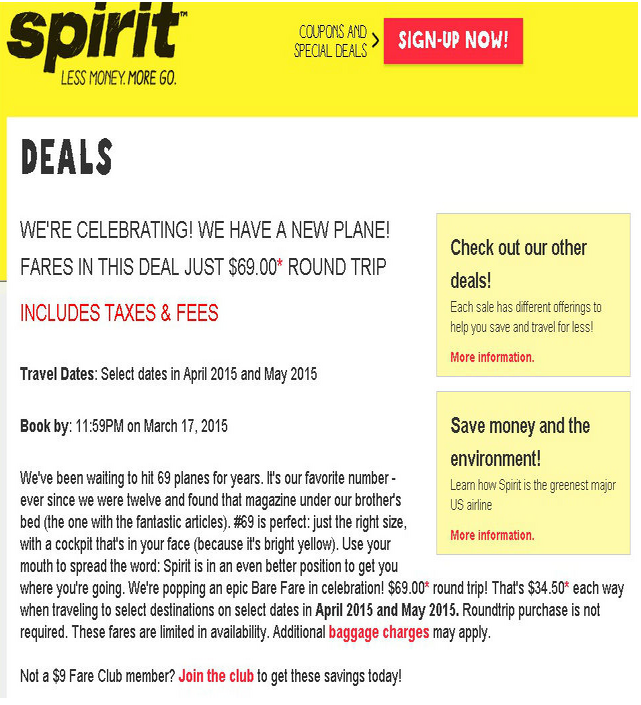 Before you think maybe this is just a case of a marketing intern run amok, Spirit Airlines spokesperson N. Paul Berry says the airline stands behind the ad, and you can probably look for more of the same from the company in the future.

Well, it is a different approach than we’ve seen in the past, that’s for sure, but when it comes to travel, do we really want to deal with a company this flip about its business? And if it’s going to make a stupid, dirty joke, maybe it should at least try to make it funny next time.

“We’ve been waiting to hit 69 planes for years,” the ad copy reads. “It’s our favorite number ever since we were twelve and found that magazine under our brother’s bed (the one with the fantastic articles). #69 is perfect: just the right size, with a cockpit that’s in your face (because it’s bright yellow).”

When I put my life and the life of my family in the hands of an airline, I’d like a little more assurance that it’s taking our safety more seriously than this. What do you think?

Finally! A Facebook page dedicated to shaming annoying airline passengers
How to get good airline seats
Flying solo: Should your child fly alone?