Most makeup artists use faces as their canvases and work to enhance a person’s natural beauty with their medium. Tal Peleg is a makeup artist, but she does things a little differently. Her focus is on the eyelid, and what she can create in such a tiny space will amaze you.

Peleg says she’s had a thing for makeup since she was a child — using her little sister as her first model. Over time, she turned her passion into a career by completing makeup school and a course of study in visual communication and photography. She chose eyelid art in an effort to blend all of her interests together. “I had a hard time choosing my path — should I become a makeup artist or photographer or maybe a designer? In my makeup looks, I try to combine all of my passions together,” she said.

The small size and curves of the eyelid make it more challenging to work on, but that’s also part of the creative fun. What’s even more challenging is the fact that she uses her own eyes as a canvas. Most of the work she does is on herself; she only uses models if she is doing the entire face. 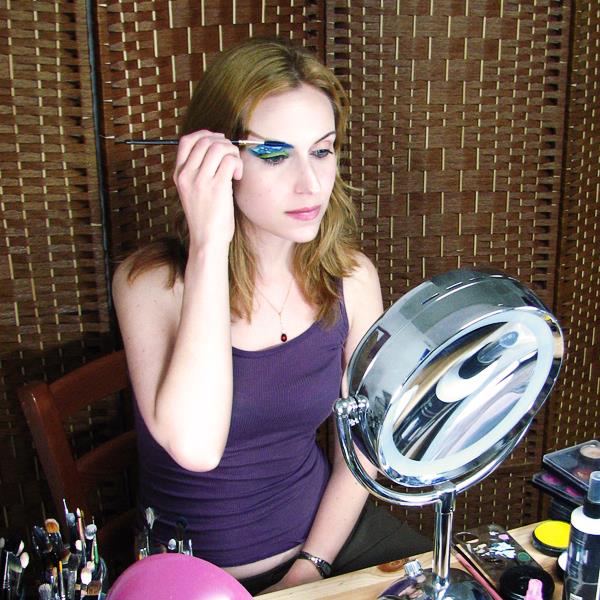 Like any artist, she has a hard time picking a favourite design. However, she says the ones that have deeper meaning are especially important to her. She created an anti-bullying design in hopes of raising awareness for that important issue. She’s received messages from people all over the world about how that design, in particular, touched them and made an impact on their lives. It’s those comments that drive her creativity.

Aside from creating designs that raise awareness for causes, she said she finds inspiration everywhere. A design with special meaning to her is of a black cat playing with yarn. It was inspired by her cat, Louis, who died last April. Fairy tales, historical events and books also inspire her work.

If we learned anything, it’s that we need to up our eye shadow game. Prepare to be blown away by Peleg’s designs — below is just a small sampling. Follow along on Instagram or Facebook to see all of her work. 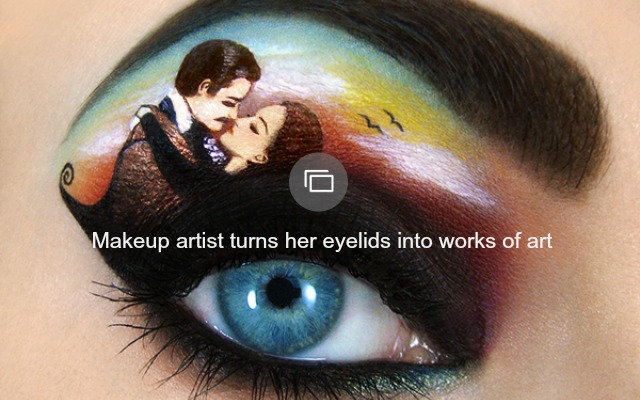 More on makeup and beauty

11 Things that happen when you go makeup-free in public
The Korean beauty secret that could update your whole makeup routine
Is anyone actually brave enough to try the 5:2 skin care trend