Lacey Spears has been convicted of slowly poisoning her 5-year-old son, Garnett, to death by forcing salt into his feeding tube so she could chronicle the kid’s sickness on her mommy blog.

The 27-year-old woman faces a life sentence for murdering her son.

During his short life, Garnett endured unbelievable pain, including many hospitalizations, unnecessary surgeries and ultimately what the Westchester District Attorney Janet DiFiore called a “tortured death.”

Prosecutors say Spears slowly poisoned her son by adding salt to his feeding tube, which caused his brain to swell and kill him.

If Spears is looking around for sympathy, there’s not a lot left for her.

“She’s sick and needs to stay locked up for the rest of her short life,” the boy’s father, Chris Hill, told the New York Post. “I hope they don’t give her special treatment and don’t put her in solitary. She needs to be put in the general population so she has to fear for her miserable life every day.”

Reports say Spears sat “emotionless” while the verdict was read. Her father and sister held each other and did not comment. 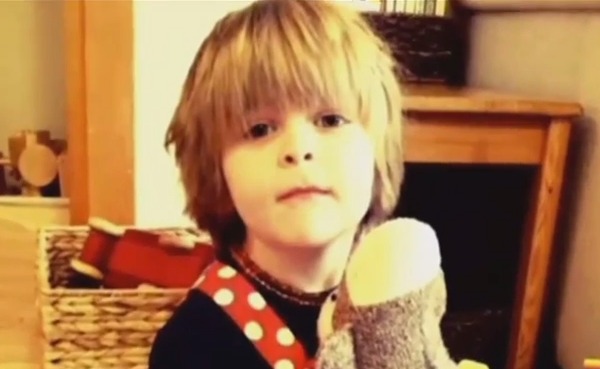 Although it was not used as part of her defense, there’s plenty of speculation that Spears suffers from a rare psychological disorder called Munchausen syndrome by proxy, which causes caregivers — most often young mothers — to inflict intentional harm on their children as a way to bring attention to themselves. And while there’s nothing left to be done for little Garnett, here are a few of the warning signs that a chronically sick child could possibly be a victim of child abuse fueled by Munchausen. According to experts, about 1,000 cases of child abuse as a result of Munchausen syndrome by proxy are reported each year.

Exclusive: Friends of mom accused of son’s poisoning speak out
What you need to know about Munchausen by proxy syndrome
This simple question could save your child’s life