Facebook has announced a new, highly proactive approach to helping its users who may be considering taking their own life.

The social media giant sought out the opinions of experts in the area of suicide prevention, including Forefront, Now Matters Now, Save and the National Suicide Prevention Lifeline, and found that those suffering from depression and suicidal thoughts can be helped tremendously through the simple act of connecting with someone else — something Facebook is pretty good at. 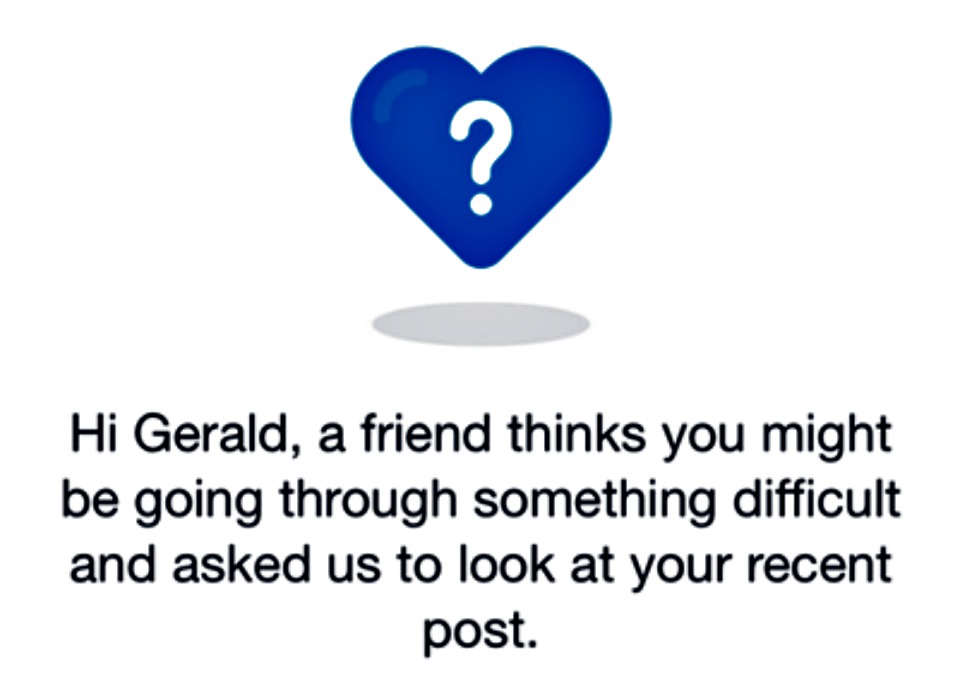 Facebook is also rolling out a new set of tools it says will streamline reporting content that might indicate someone is considering taking their own life and connecting them with resources that can help.

“Besides encouraging them to connect with a mental health expert at the National Suicide Prevention Lifeline, we now also give them the option of reaching out to a friend, and provide tips and advice on how they can work through these feelings,” according to a joint statement on the initiative from Rob Boyle, Facebook product manager and Nicole Staubli, Facebook community operations safety specialist. “All of these resources were created in conjunction with our clinical and academic partners.”

Not only will Facebook continue to staff a worldwide 24/7 team to respond to reports of content that could indicate someone is suicidal, but Facebook will then send them a note with links to material that might very well be lifesaving.

It’s encouraging to see Facebook tackling the issue of suicide, which claims the lives of about 40,000 Americans every year. Next, it would be nice to see Facebook take on cyber bullying. The two are closely related. In fact, one British study found that half of all suicides involve an element of bullying and that victims of bullying are anywhere from 2 to 9 times more likely to contemplate suicide.

Taking the same approach to content that gets reported or flagged for content that could be part of a larger bullying campaign might go a long way and allow for critical intervention before permanent harm is done.

“Keeping you safe is our most important responsibility on Facebook,” the company said in its statement. Bravo, Facebook, for having a conscience.