A crazy dress is making the rounds on social media right now and the reason is shocking: No one can agree on what color it is! Say what?!

The dress is obviously gold and white. I think. And most of my friends agree (according to an informal Facebook poll), but some people are claiming they see blue and black. Like Emmy Rossum:

Some theorize that the color depends on mood and that people in a good frame of mind will see white and gold while people in a bad mood will see blue and black. Others theorize that it is a male versus female thing. My husband swore up and down the thing was blue and gold, while other male friends said it was black and blue. Another theory is that it’s about how strong your vision is. Whatever the reason is, one thing is clear: people are divided! Here is the dress in full: 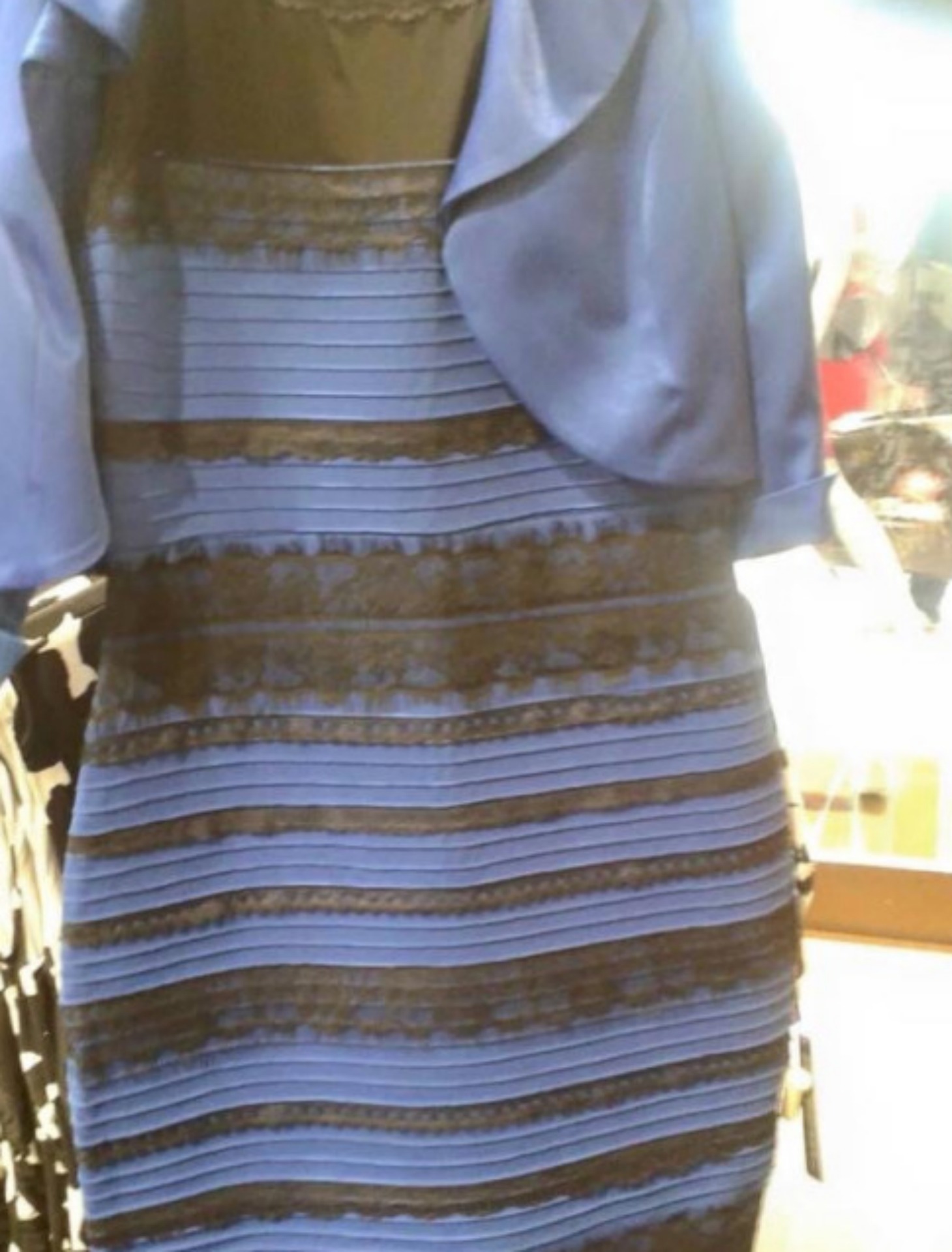 How crazy is that?

As it turns out, according to Mother Jones, it’s actually all about how the colors hit your computer, the angle you are looking at it and also a variety of other factors. They say, definitely, that the dress is blue and black. I’ll take their word for it.

But I still say it’s white and gold.

Either way, one thing we can all agree on is that this dress is pretty unattractive. Which is good. Because the blue and black camp versus the white and gold camp might come to blows. Better that this dress be hidden from public view. Forever.

What colors do you see?