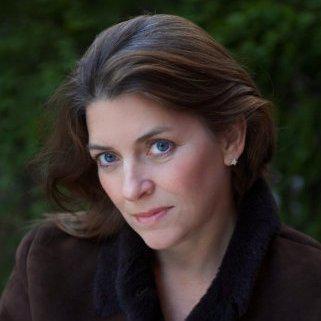 Hate to break the bad news, but chances are you are going to die at some point in your life.

Some say death to the traditional cemetery! Here are some creative suggestions on what to do when your time comes, just in case.

As of 2013, there are a total of 37 burial grounds certified by the Green Burial Council in 23 states and British Columbia. With a green burial, your body is simply placed in certified ground in order to return to nature as naturally as possible. No headstones. No grounds maintenance. No plastic flowers. This is as real as it gets.

How about doubling up with a stranger? If you’ve ever ridden a New York City subway, you’ve already come close to the experience anyway. It’s something being considered in the UK right now as they face a serious shortage of space.

3. Down on the body farm

Perhaps you’d like to be one of the 650 skeletons on the 2.5 acre body farm at the University of Tennessee at Knoxville’s Forensic Anthropology Center where you can undergo testing in varying stages of decay to help the researchers and police bone up on important questions like body identification and time of death. You can also look into such programs at Western Carolina University, Texas State University and Sam Houston State University for the same white-glove treatment.

Or if you prefer, you can just donate your body to science under the Uniform Anatomical Gift Act which has been largely adopted by most states. Medical schools also accept bodies, but typically do not pay for transportation costs.

If you wish to be displayed fully naked with all your muscles showing, perhaps you’d like to undergo plastination. Exactly as it sounds, plastination is a preservation process that replaces all the water and fat in your body with polyurethane, a synthetic material used in toys. You can then go on tour with a popular human body exhibition called Body Works, designed and invented by trailblazing scientist, Gunther von Hagens.

5. Tell it to The Donald

The idea of “golfatoriums” was proposed by undertaker Thomas Lynch in his book “The Undertaking” which hopefully was on Donald Trump’s reading list. Lynch proposes that the average 18-hole golf course could hold up to 16,000 bodies. With 15,500 golf courses in the U.S. alone, we’re talking about a hole-in-one idea!

In the U.S., cremation accounts for 43.2 percent of the industry today, says the Cremation Association of North America. Which state cremates the most? Nevada at 68.41 percent. The least? Mississippi at 9.56 percent. Cremation is almost neck-in-neck with embalming. (As a swimmer, I now can’t get the Olympic pool water image out of my head and opted for the treadmill at the gym today.)

The sky is quite literally the limit for mausoleums now that the Guinness Book of World Records recorded the highest cemetery in the world in Brazil. This vertical graveyard can hold 14,000 burial spaces spread over 14 floors.

The rumors about Walt Disney being cryogenically preserved are just that, rumors. But the process of freezing the body for preservation and ultimate awakening is far from science fiction. There are about seven companies that sell such services in the U.S. today. You just have to be rich enough to afford the $150,000 price tag associated with the once-in-a-lifetime opportunity to possibly come back to life.

Here’s how it works. Immediately after death, a team will arrive at your door by ambulance to restore your heartbeat and keep your cells alive. Your body will then be cooled in ice, before a combination of medication and saline-like solutions are added to your blood. Your body is then shipped to the cryonics storage provider where you await the ultimate birthday present.