Keira, Felicity and Rosamund may not have picked up an Oscar last night but they all deserve awards for their perfect red carpet choices.

Best Actress nominee Felicity Jones wore a dramatic off-grey custom-made halter-neck gown by Sarah Burton for Alexander McQueen with a full skirt and detailed bodice, which was hand sewn with silk and pearls. For the Vanity Fair after party she chose a sophisticated black column dress with a bejewelled collar — very Audrey Hepburn. 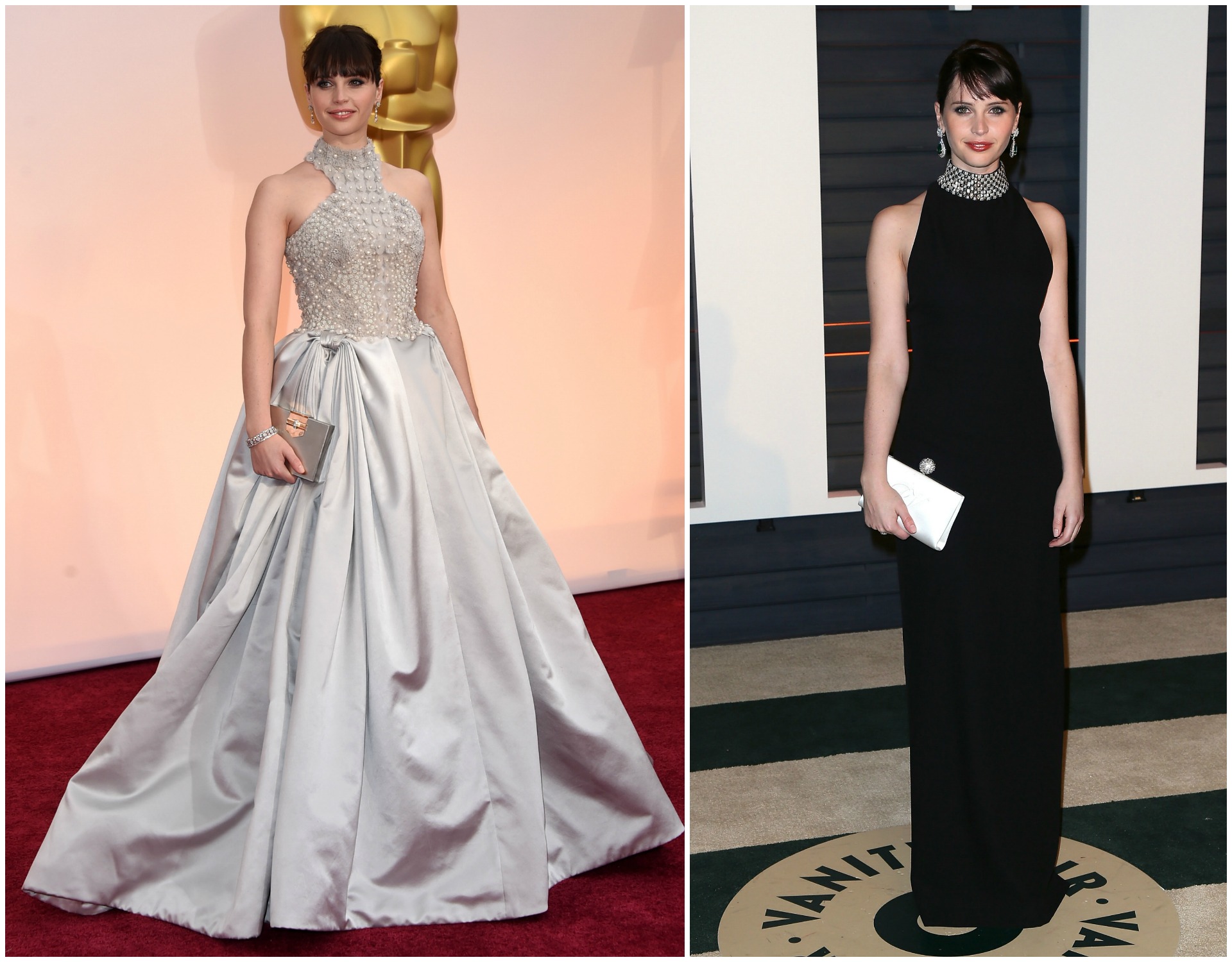 Rosamund Pike, who was also up for Best Actress for her role in Gone Girl, looked incredible in strapless red lace Givenchy Haute Couture with a thigh split and matching strappy heels. 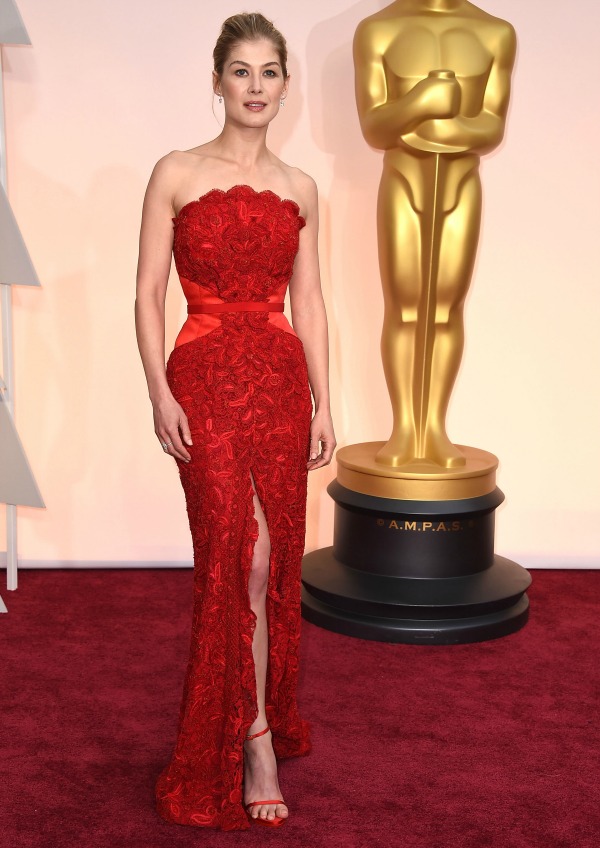 Keira Knightley may have lost out to Patricia Arquette for Best Supporting Actress but she won the red carpet in her stunning creation from Valentino’s spring/summer 2015 couture collection. The dreamy dress, decorated with flowers and extracts from French poetry, looked amazing on Keira’s growing bump. The Imitation Game actress also chose Valentino for the Vanity Fair after party: a beautiful inky gown with a plunging neckline and flowing train. 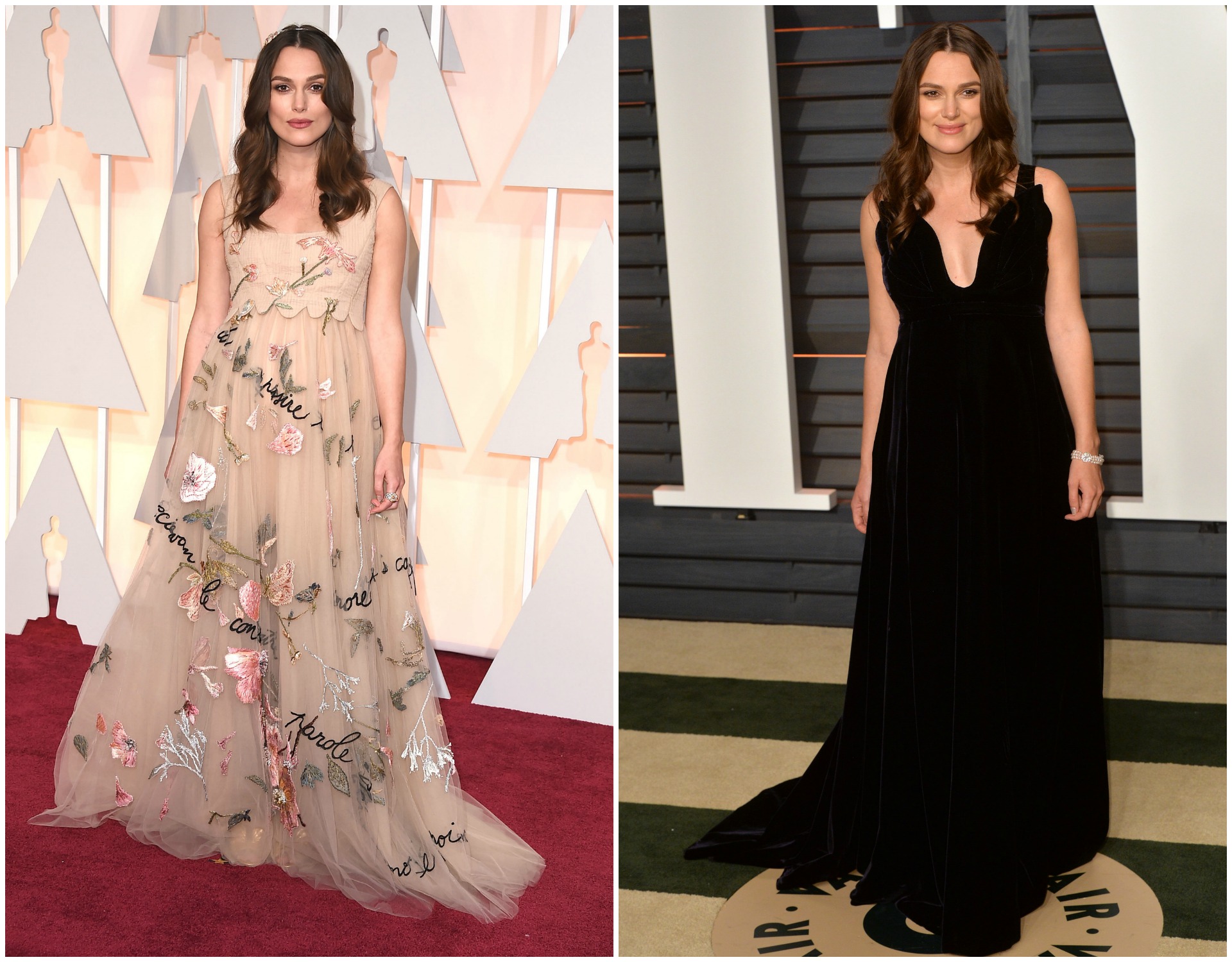 American Sniper and Foxcatcher star Sienna Miller chose Peter Copping for Oscar de la Renta for the ceremony and her lace dress was hot off the catwalk: it made its debut at New York Fashion Week only four days earlier. The intricate lace dress with delicate velvet bows and semi-sheer skirt perfectly epitomises the rebirth of the house of de la Renta following the iconic designer’s death last October. Miller accessorised with a black clutch and pearl bangle and looked as elegant yet contemporary as ever. 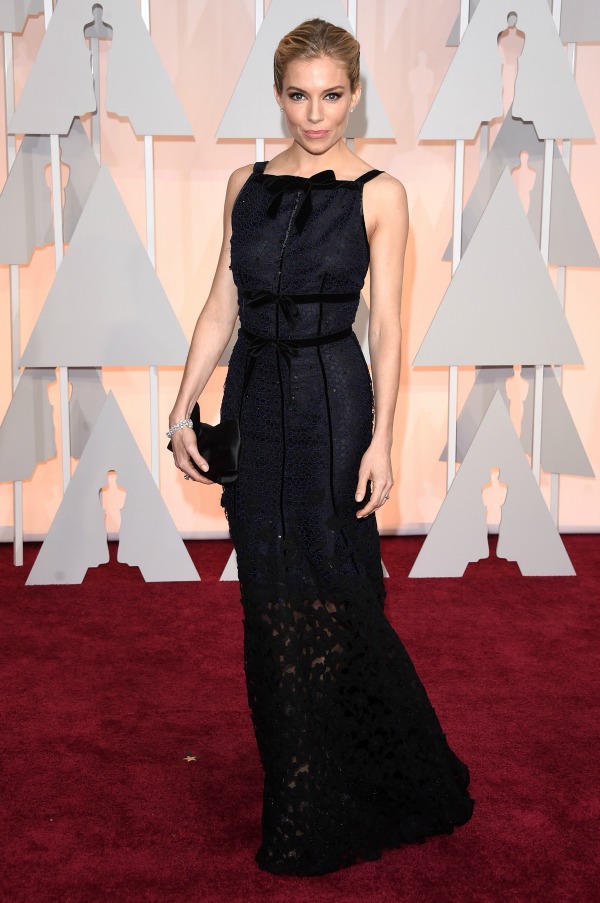 Thandie Newton was effortlessly elegant in a simple, slouchy, Grecian-style black gown with gold embellishment on the shoulders and cinched-in waist for the Vanity Fair Oscars viewing party. 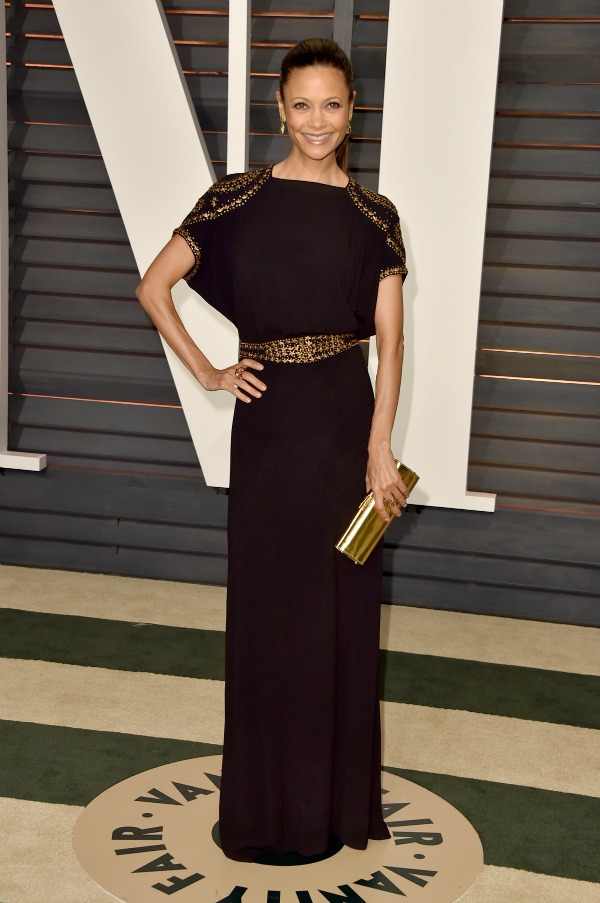