Do you want people to admire you for being a parent but the responsibility of another human life sounds way too hard? Do you like drinking in public but hate the dirty looks?

Related story What It's Like Living With Multiple Identities

Then The Cool Baby Kickstarter is absolutely for you.

It’s pretty genius in its simplicity. The Cool Baby is a plastic baby doll with a drink holder in the torso and a straw shooting out from its head. And of course, no Cool Baby would be complete without a baby holster to keep it all strapped up tight.

As The Cool Baby’s tagline promises, “Drinking in public is now adorable.”

Before you dismiss this as a fad, note that The Cool Baby has already courted 167 backers who have pledged more than $9,000 so far. Not too shabby.

The Cool Baby’s daddy is Simon Philion, who offers a few suggestions of how to get the full enjoyment out of your kiddie drink holder.

“Dress it up to look like you, like someone else, like a part of a costume, like a fan of your team,” Philion writes on his Kickstarter pitch. “Use it to get a seat on a subway, strike up a conversation or mock a biological baby.”

These are all really strong suggestions. 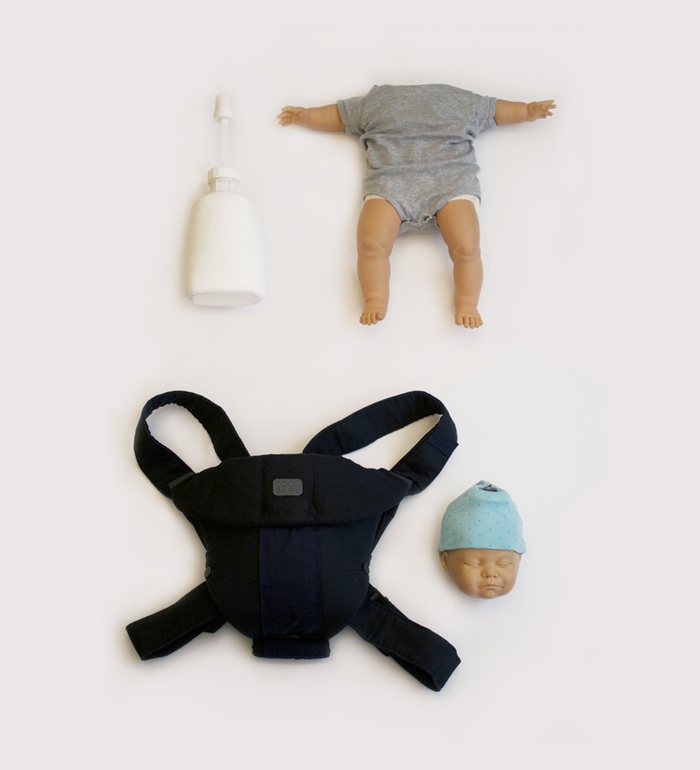 Image: The Cool Baby on Kickstarter

Anyone else getting some awesome ideas for Halloween?

The Cool Baby really could revolutionize every activity from church to Coachella and beyond. There are only eight days left for you to get in on The Cool Baby’s Kickstarter, so get going.

For the time being The Cool Baby only comes in Caucasian versions, but Philion says he’s certainly open to manufacturing baby drink holders of all races and creeds.

“Sorry. Because of lack of resources in this first round, you’re going to be seeing a lot of sleeping, caucasian babies,” Philion writes. “After this thing is funded and I get a factory re-tooled and working with me, I’ll have all different kinds of baby races, baby dispositions, baby sexual orientations, and baby IQs. Sky’s the limit. Anything you ever wanted out of your progeny.”

The first Cool Babies will be available for delivery in August.