Unless your dog has been trained by the best, you’re probably not going to leave it alone with your valuables while you’re at work all day. If you can’t teach your old dog new tricks — like staying out of the trash — you’ll identify with the horrific disasters these pet owners came home to.

Compared to these mischievous pups, your dog looks like an angel. 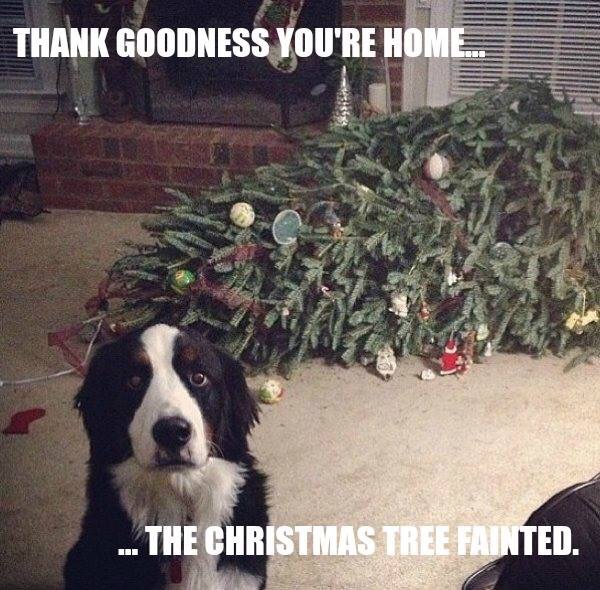 This is the real war on Christmas everybody’s talking about. In other news, if a Christmas tree falls in the living room when no one is around, does it make a sound? 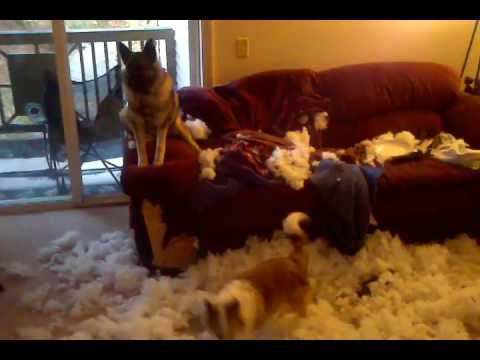 In this 28-second clip, you’ll get the full picture of what happens when two bored pooches take on a couch when the grown-ups aren’t home. What did that sofa ever do to you? 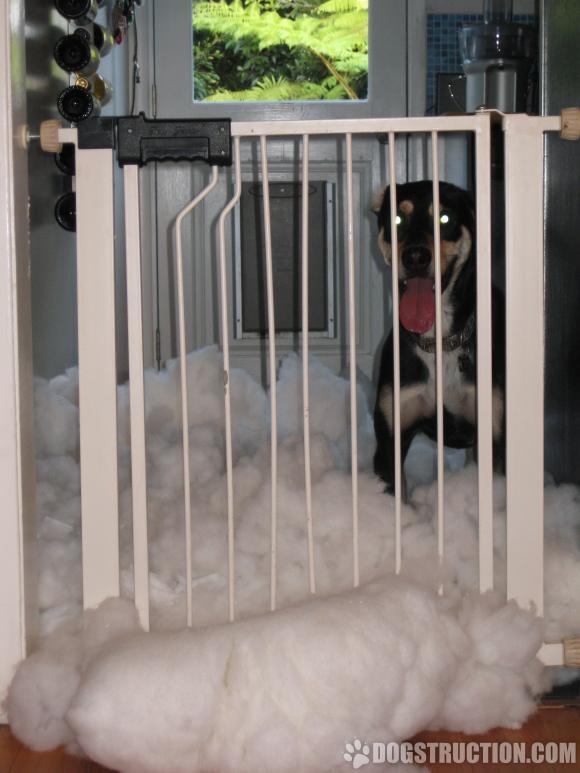 This is the fourth bed this dog has gone through, and it doesn’t look ashamed in the least. 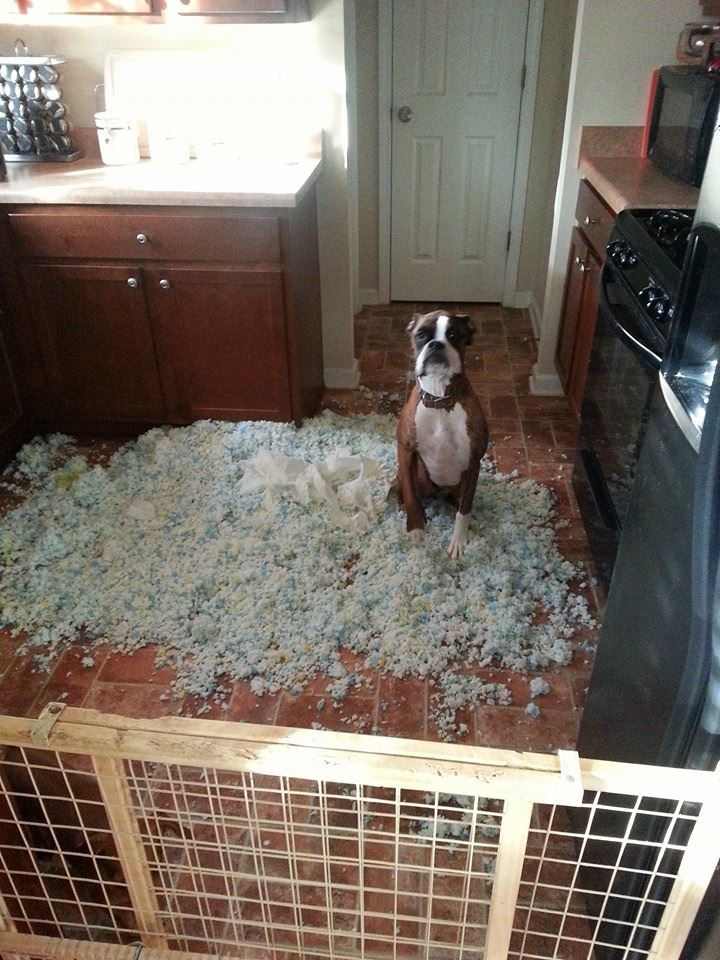 The top commenter on this Reddit thread captioned the picture perfectly: “I know what I’ve done. And I stand by it.” 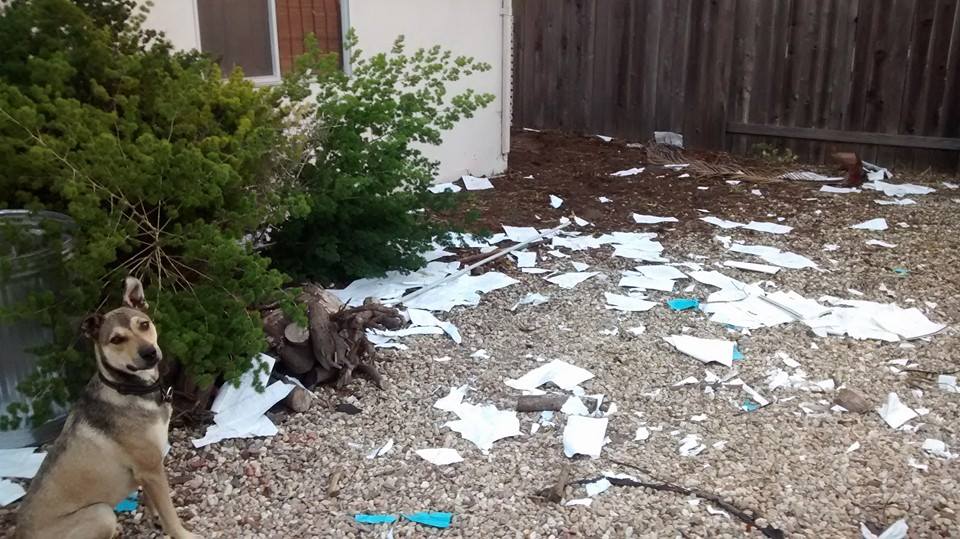 Here’s all the proof you need to back up your “dog ate my homework” excuse. 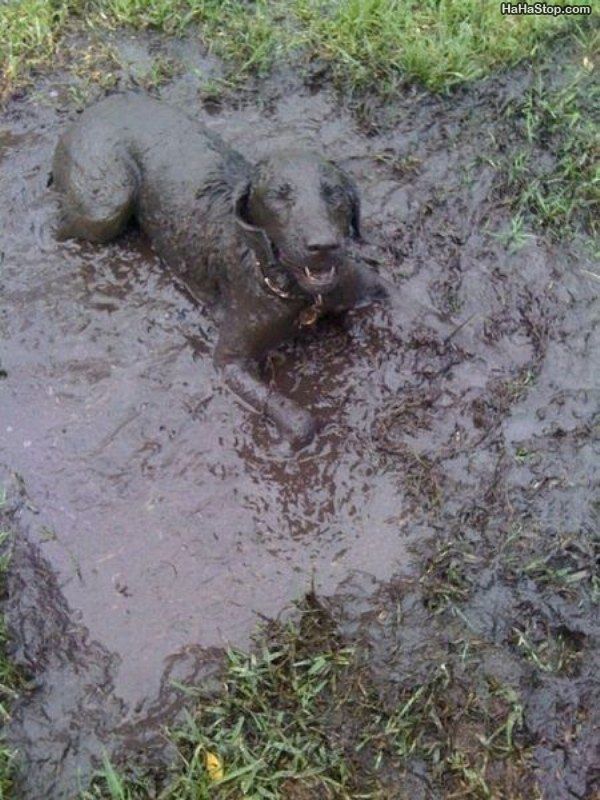 “That mud puddle looks like a dog.” Just think of what the bathtub is going to look like when it’s done with it. 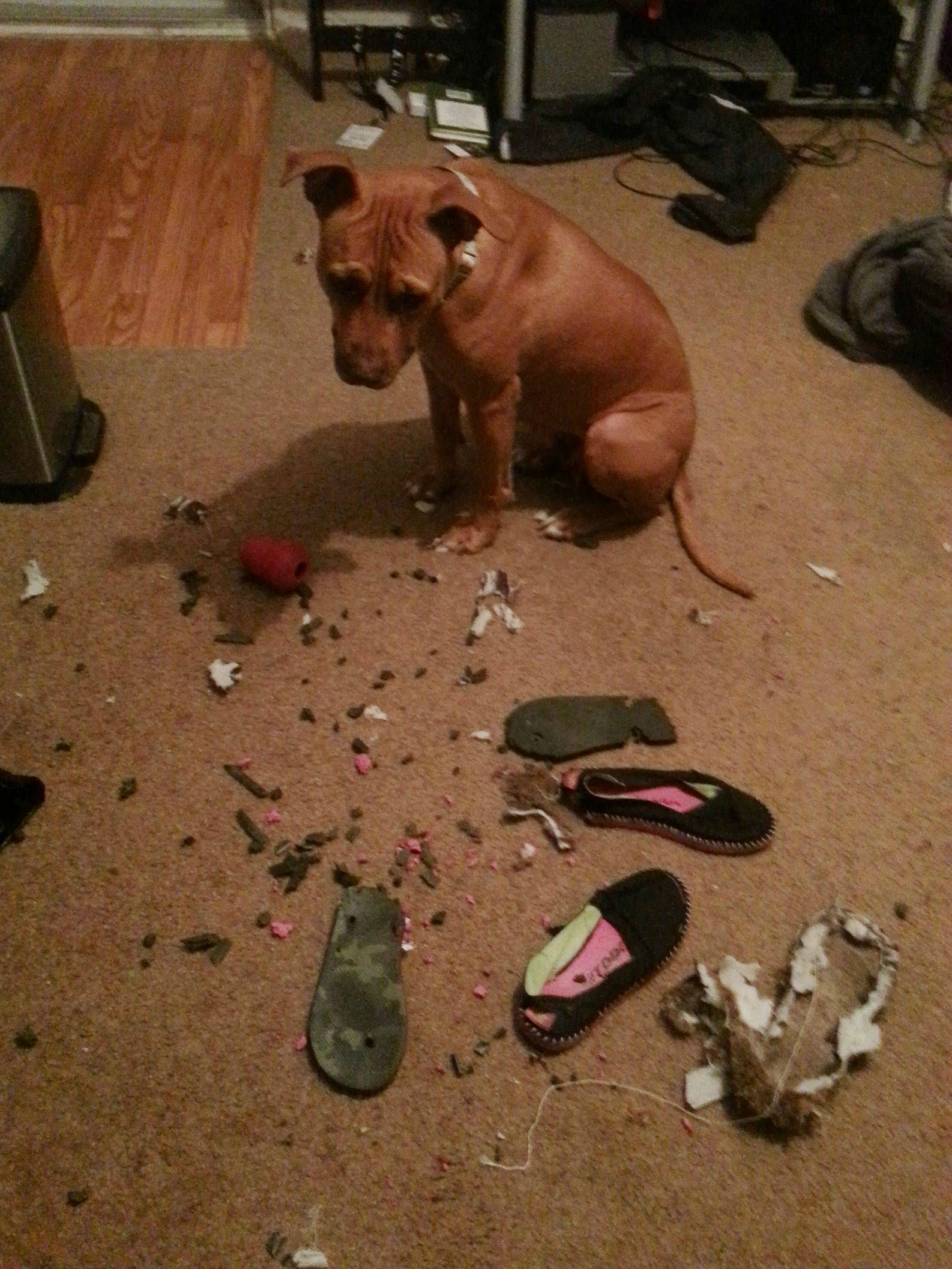 In what was called “the great shoe massacre of 2013,” Fido played into the oldest cliché in the book. Dogs love to eat shoes, and we still can’t figure out why. 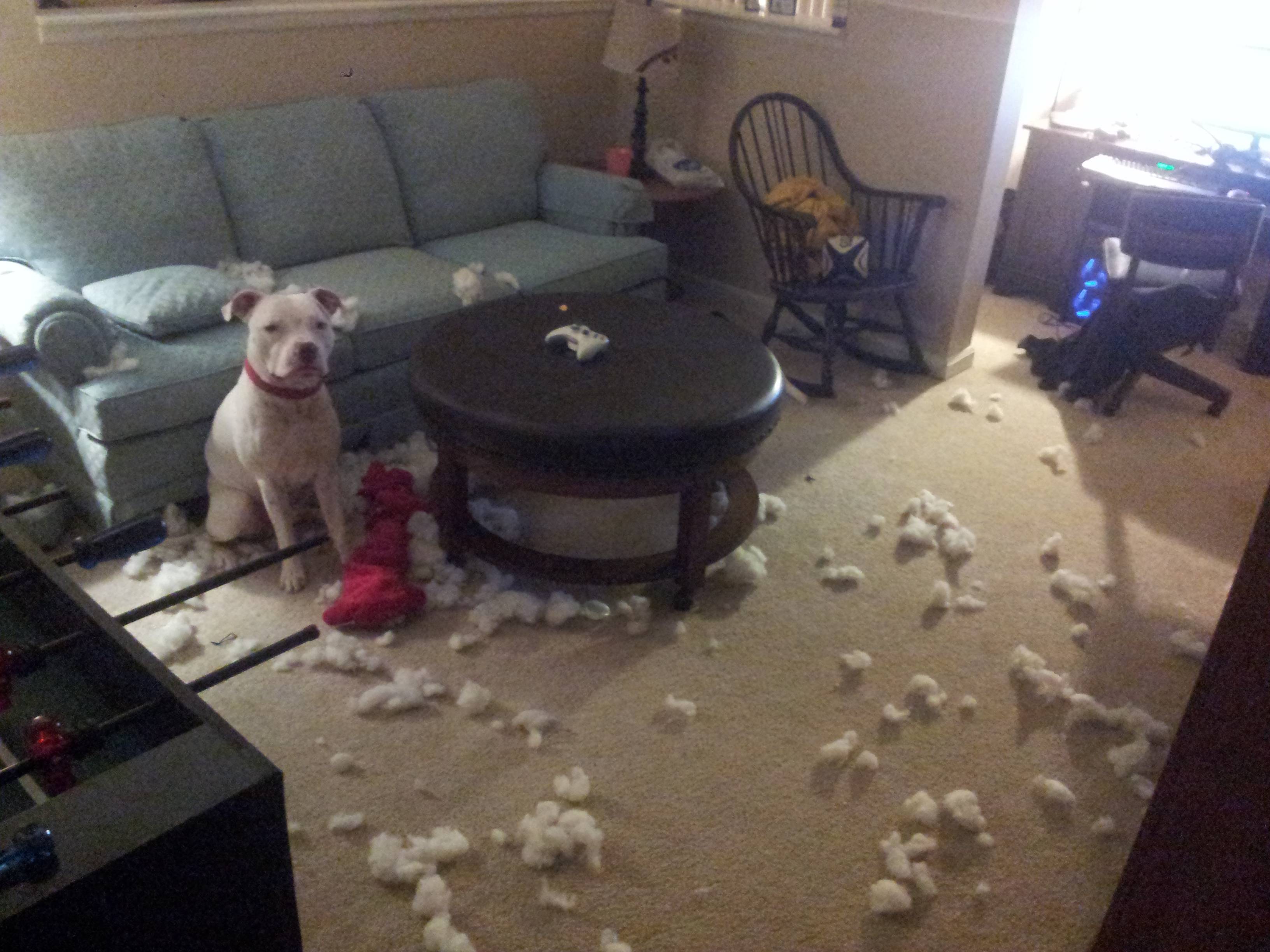 This deadpan dog just couldn’t handle the fact that there was another (stuffed) animal in the house. In the battle of dog versus stuffed animal, it’s clear who won. 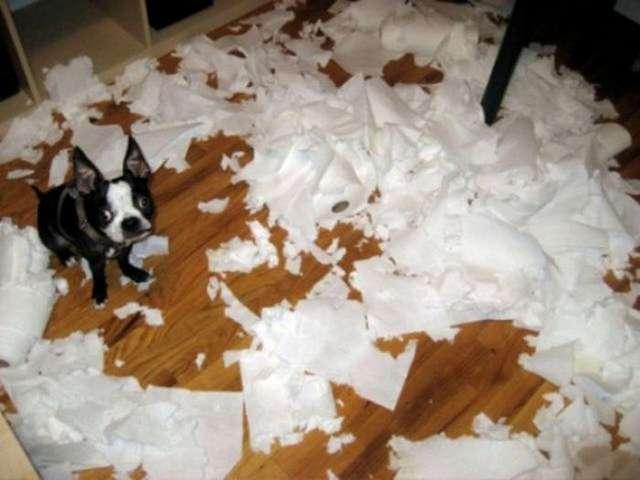 You’ve probably never looked at toilet paper and said, “Hmm, this looks good enough to eat.” But what do you know? You’re not a dog. 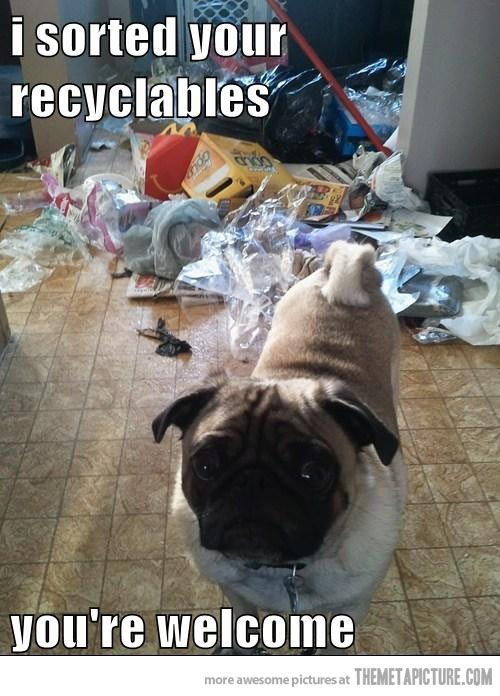 When has a dog ever been known to not go through the trash? In a shot that is so classic yet so cringe-worthy, this Pug wants you to know that it was just trying to help.

11. If you’re not impressed by the damage these dogs have done…

There’s one last pic that puts all others to shame. This is what happens when a dog gets hold of holiday chocolate liqueur candy, but be warned — don’t click if you have a weak stomach.

11 Dogs who love to play on swings
Westminster Kennel Club: Insider secrets I learned at the dog show
Watch dogs fail at fetch for a little laughter in your day (VIDEO)