I live in New York City on a modest budget, so I have become one with the idea of small-space living, but only after many adjustment years. I’m also friends with a lot of artists, so I’ve seen my share of “worst case scenario” small apartments, and how people cope with them. Let’s just say, a curtain does not a sound-proof room make.

Related story Stumped By Your Cashmere Sweaters & Scarves? Here's How to Care for Them at Home

Many apartments in New York are like adult dorm rooms. For example, over the years, I’ve seen my fair share of kitchens with a two-burner/stove combo (imagine something you might take camping), and a mini fridge advertised as a “good-sized fridge” in an apartment’s Craigslist ad. It is truly astounding what realtors try to sell you on in a city where there is such a space shortage, and it is even more astounding how your definition of “small” changes once you see what’s out there. With that, here are some things I know people who live or have lived in small spaces will understand.

If you live in a small space, chances are you have a teeny, tiny bathroom. If you share that space with anyone other than yourself, it means a lot of fancy footwork to get in and out of there. I’ve actually been in a bathroom where the door could not be opened more than a crack because it would hit the toilet. True story.

2. Your furniture won’t even fit up the stairs, much less in your apartment

I’ve had to shave off a couch’s legs more than once to get it through the door of my apartment, and I honestly can’t even remember how we got it up the stairs. I think I blocked it out.

3. You’ve learned to clean while you cook, because otherwise you’re looking at a medieval mess of a kitchen 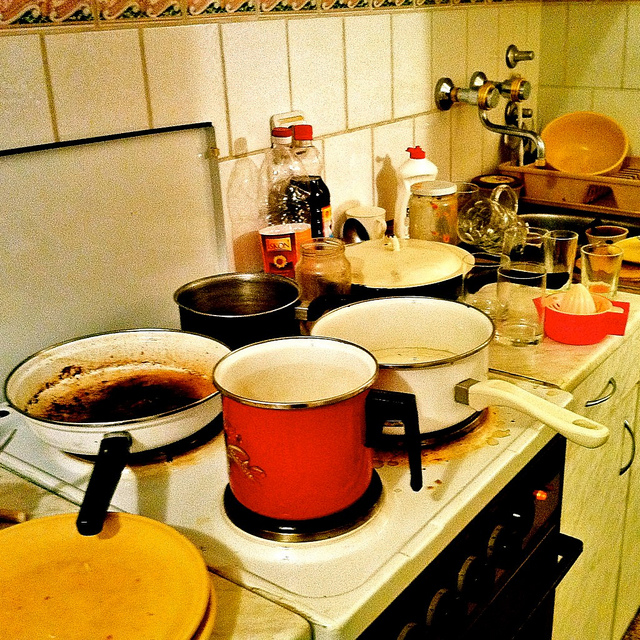 Plus side here is you’re now an expert dish washer if you ever need another job.

4. You are forced to become an expert space-saver

You know all those Apartment Therapy blogs about how to maximize small spaces? Of course you do — they’re your life bible.

5. You’ve had to let go of your privacy because you share a one bedroom with three other people 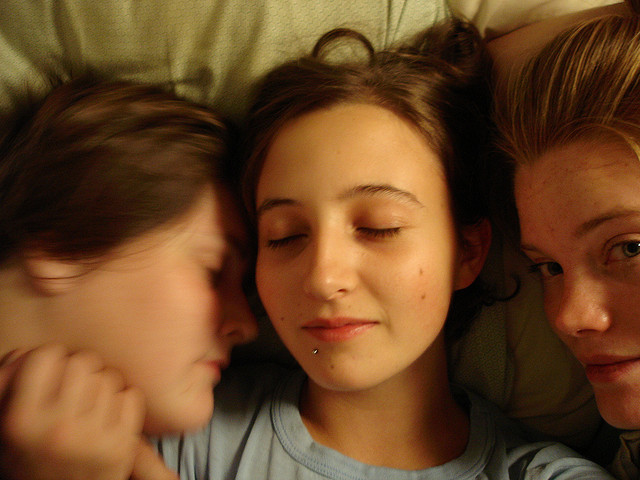 Hey man, real estate is hard to come by in most cities! Sometimes a girl has to improvise, meaning splitting a one bedroom so that it snuggly fits three (or more) people. Remember, curtains and room dividers can be flattering AND useful.

6. … Which means… learning how to have super-quiet sex

Also a great skill to have for holidays at your parents’ place, and family vacations.

7. Oh, and don’t even think about having a pet larger than a goldfish

Any animal larger than that will have a miserable time dealing with sharp corners and tight squeezes. It just wouldn’t be fair to them.

8. Getting outside in the fresh air feels akin to what freedom must feel like to an inmate after years in solitary

Everything’s large, and bright, and I can move a foot without hitting a coffee table! Is this heaven?

9. Dinner parties consist of 15 people squeezed around your itty-bitty dining table eating cocktail weenies (because that’s all you could manage to cook with 15 people standing around)

It’s cool. They probably ate before they came.

10. When friends spend the night, you get super creative with the sleeping arrangements

Basically, all floor space becomes bed space so you’re now living in an adult fort. Trust me, it was waaaay cooler when you were 13 and didn’t have work in the morning.

11. Things end up where they don’t belong, because you simply don’t have room for everything to be in its proper place