The Vatican released a video in English as part of its #LifeOfWomen campaign, but it has been ridiculed for its “sex sells” approach and removed from the Vatican’s website. 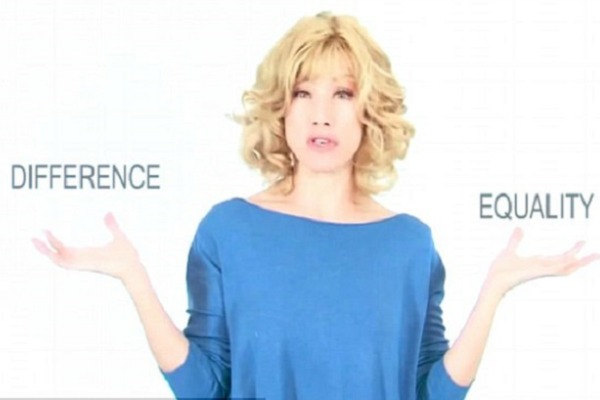 The Vatican isn’t exactly known for its warm relationship with women, so it’s no surprise that they’ve got no idea what women want. Perhaps they’d benefit from some mind-reading skills like Mel Gibson in his just-bearable film, What Women Want, from 2000. Because after releasing the English version of a video for their #LifeOfWomen campaign, people have taken offence, saying the Vatican is out of touch and out of their freaking minds for releasing such a video.

The English version of the clip, which was produced by the Pontifical Council for Culture before Christmas, has only just now been removed from the website following international backlash, with people left confused about why a “sexy blonde” model was used in the campaign video.

Starring Italian actress and model, Nancy Brilli, the clip asks women to think about what it means to be a woman in the modern world. Gazing through the lens of the camera, with her come-hither eyes and pouty lips, Brilli implores women to reflect on the place for women in society.

The Vatican has been criticised for being out of touch with women, no surprises there, with Phyllis Zagano of Hofstra University asking the National Catholic Reporter, “What were they thinking?”

“… the fact of the matter is that highlighting a stereotypical spokeswoman is not the way to ask for women’s input.”

The Pontifical Council for Culture has since taken down the English version of the video, but not before they received criticism from women around the world on Twitter. They were using the hashtag, #LifeOfWomen, but probably not in the way the Vatican had hoped for.

More on women and gender equality

The Queensland state election: Milestones for women and the indigenous
#OzObituary: Responses to Colleen McCullough’s obituary make us feel better about life
#WeDontWantMenOnTwitter: The Saudi women taking Twitter back