Two men convicted of attempting to smuggle heroin out of Indonesia to Australia have been on death row since 2006. Death by firing squad is likely to become their fate this year, but Aussie celebrities are rallying for clemency. 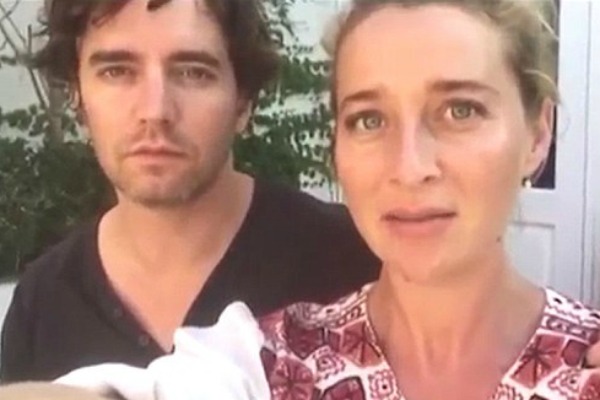 Artist Ben Quilty and cofounder, Brigid Delaney, have rallied the big names in Australian show business in order to appeal to the Indonesian government for clemency through their campaign, I Stand For Mercy.

The men, Andrew Chan and Myuran Sukumaran, of the group dubbed the Bali Nine, are currently on death row and could be executed by firing squad as early as next Sunday. The pair’s families have come forward, appealing for clemency, which has been rejected by the Indonesian government.

According to the Sydney Morning Herald, these Bali Nine ringleaders, who attempted to smuggle 8 kilograms of heroin into the country, have transformed their lives. What does that even mean? Well, the pair has reportedly introduced classes into the prison system, including English, design, first aid and philosophy courses, and has even counselled other inmates about the damaging effects drugs can have on a person’s life.

Australian actresses, Asher Keddie and Claudia Karvan, singer Megan Washington, and acting icon, Bryan Brown, have rallied together for the I Stand For Mercy campaign, appealing for the men to be spared from the firing squad. A petition has been set up on the Mercy Campaign website, which has close to 4,000 signatures at the time of writing.

Several other prominent figures have also come forward, sharing their opinions on Twitter:

What do you think of the situation? Will you be signing the petition to ask for clemency for the Bali Nine pair? Share your thoughts and opinions in the comments section below.

16 of the Cutest Unisex Nurseries We Could Find on Instagram

Costco’s Birkenstock Sale Is Almost Too Good to Be True