A 20-year-old from Sydney is raising money for her 21st birthday using a GoFundMe campaign because her parents can only pay for the cake. 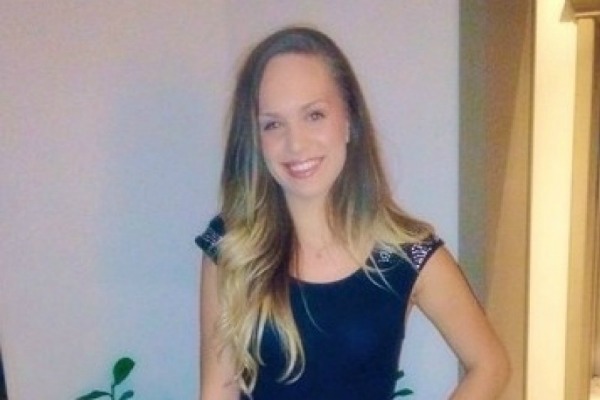 Celestina Ramljak is a 20-year-old on a mission and that mission is to organise the best possible 21st birthday for herself. Totally normal, right? Most of us went to great lengths to get our 21st birthday parties perfect. The DJ, the venue, the food and don’t forget the bar tab — and they all come at a pretty penny.

But, as it turns out, Ramljak’s parents can only pay for the birthday cake, so that leaves the 20-year-old paying for the rest. So, what does any millennial with a financial quandary do? They jump online, of course, and create a GoFundMe campaign.

“This week I put a deposit on basically the smallest place I can host everyone I love. After I crunched the numbers on alcohol and food, I realised there’s no way I could raise the money by the time my birthday comes around in April.

“I travel an hour to and from work every day, and I’ve been financially helping my family. After six months of saving, I’m nowhere close to the amount I need for the party,” she said. 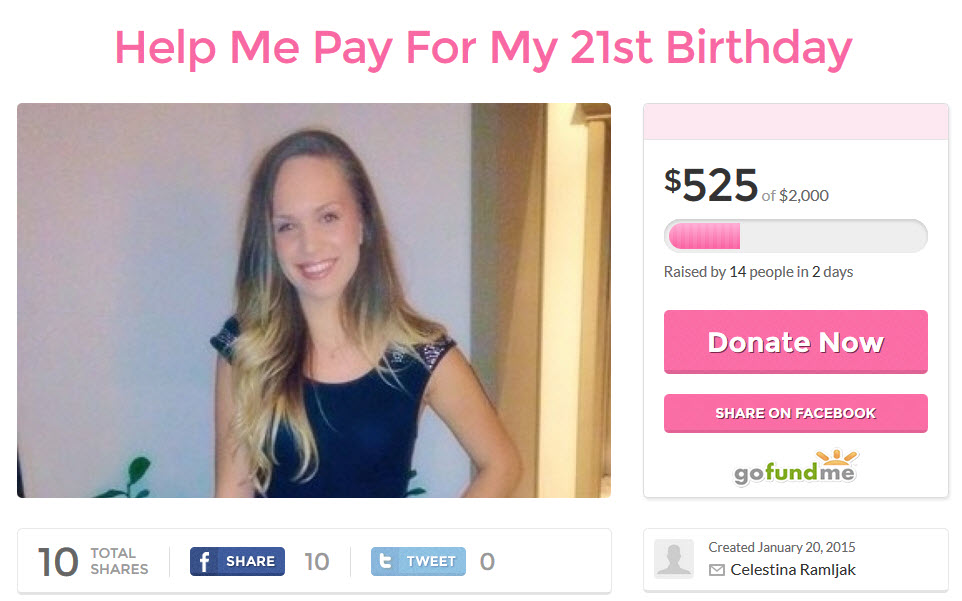 “I figured people use crowdfunding for anything, so why not give it a go? In one day I have already had seven donations.” These people, too, have gotten pretty creative with their crowdfunding campaigns. Anything is possible. Thank you, internet!

What do you think about Celestina Ramljak’s GoFundMe campaign? Let us know in the comments section below.