Let’s face it: The Melbourne Cup is more about the fashions on the field than anything else. Whoever thought it was the race that stopped the nation hadn’t been paying attention to what all the celebs were wearing.

The Melbourne Cup: It’s the biggest event on the racing calendar and the perfect excuse to get all dressed up and start the day with a champagne breakfast.

Some of the country’s favourite personalities got all dolled up and here is what they were wearing on the big day. 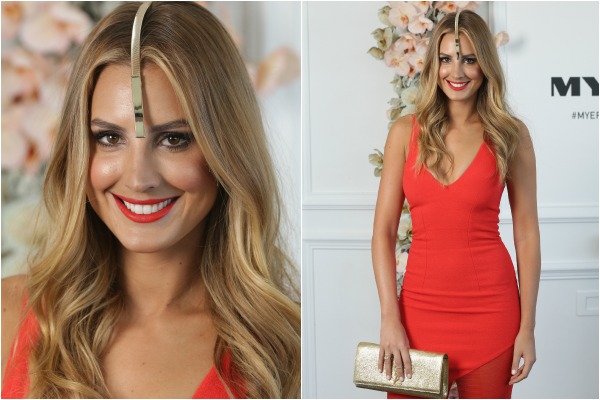 Model Laura Dundovic wore a figure-hugging red number and went for a gold headpiece instead of the traditional hat or fascinator. 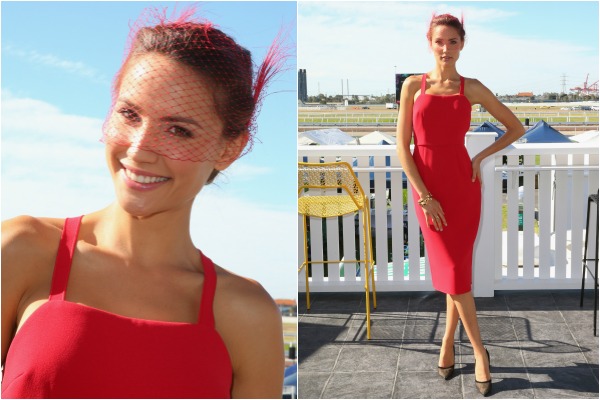 Rachael Finch was another lady in red and told the Daily Mail that her original headpiece had been thrown out with the trash by a hotel cleaner.

“I was meant to be wearing something else but it got thrown out with the rubbish at the hotel!” the 26-year-old new mother said.

“It took hours to make because they hand-dyed the veil and all of the feathering specifically for my outfit.

“I even went trawling through the actual rubbish in the hotel but I couldn’t find it because the big rubbish tip took it away,” she said. 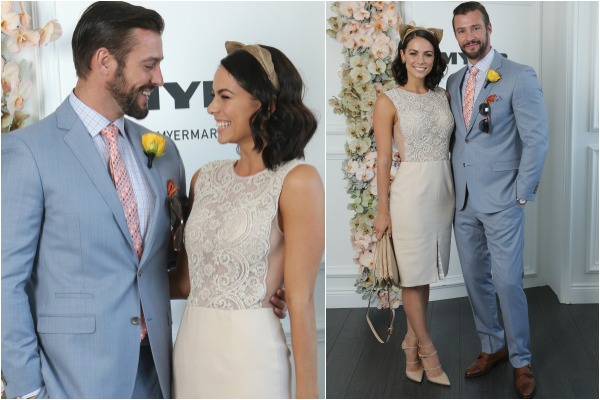 The pair looked purr-fect in their outfits — Smith in a light grey suit and King in a laced-top cocktail dress. 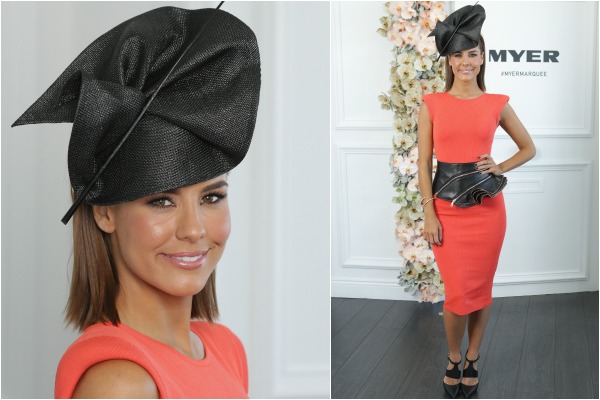 Lauren Phillips was another who wore red, but this time, she put an interesting twist on the look. A black ruffled belt cinched her in at the waist, showing off her petite frame. 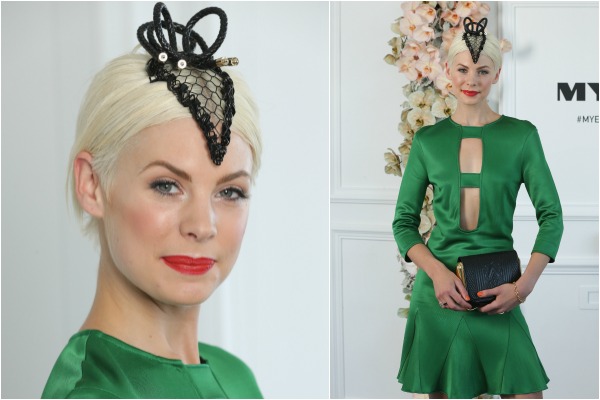 But the celebrity who really stole the show was, of course, Gabi Grecko and her partner, Geoffrey Edelsten. It wasn’t just their outfits that called the attention, but the 71-year-old Carlton benefactor bent down on one knee and asked his 25-year-old girlfriend to marry him.

Did you back a Melbourne Cup winner? What did you think of the fashions on the field? Spill the beans in the comments section below.

Iggy Azalea video proves we’ve learnt nothing since the nude photo scandal
5 Signs you and your ex are destined for each other
Who is Miranda Kerr’s high-profile celebrity catch?