The MTV Video Music Awards were full of surprises yesterday, but that was nothing compared to the fashion we saw on the red carpet.

The stars were obviously feeling the heat at this year’s MTV Video Music Awards, because the fashion on the day was all about showing as much flesh as possible, with cutouts, barely-there gowns, slits and plunging necklines. Here are some of the stars who grabbed our attention on the red carpet. 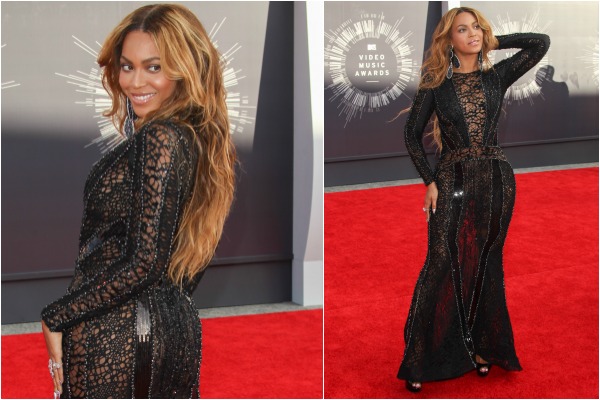 Beyoncé stole the show with her medley of tunes before accepting her Michael Jackson Video Vanguard Award during yesterday’s ceremony, but it was her black gown which gave us just a taste of what was to come. It was elegant but revealing all at once, much like the diva’s performance. The beaded lace gown was by Lebanese designer, Nicolas Jebran, from his FW 14/15 collection.

MTV VMAs highlights you need to know about >> 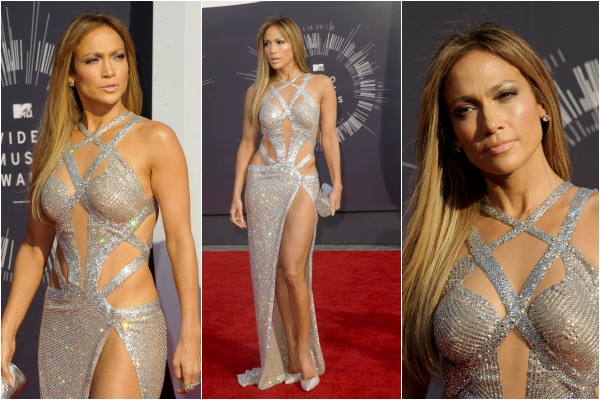 Jennifer Lopez certainly has the body to pull off this look. The cutouts, the slit that shows off her perfect legs: Lopez rocked the silver-sequinned gown with her simple hairdo and shoes to match. 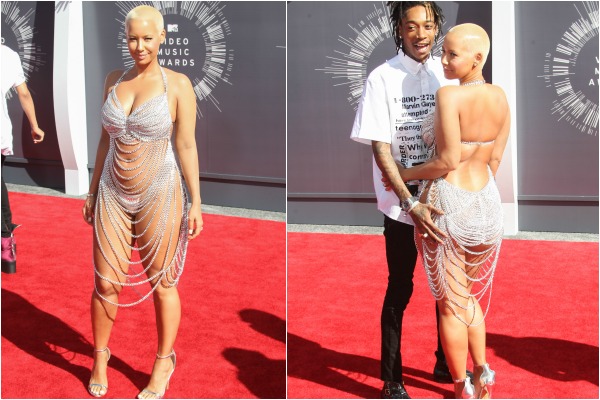 Talk about revealing! Model Amber Rose showed off as much skin as possible in this chain dress by Laurel DeWitt. 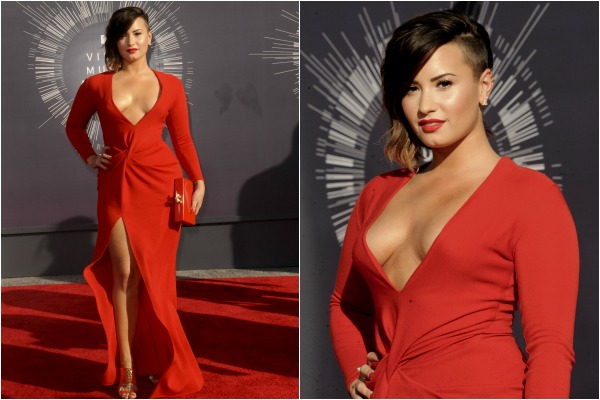 For Demi Lovato, her look was all about passion: from the colour of the gown to the slit and the cleavage. The 22-year-old singer put her stamp on the red carpet with this sexy look. 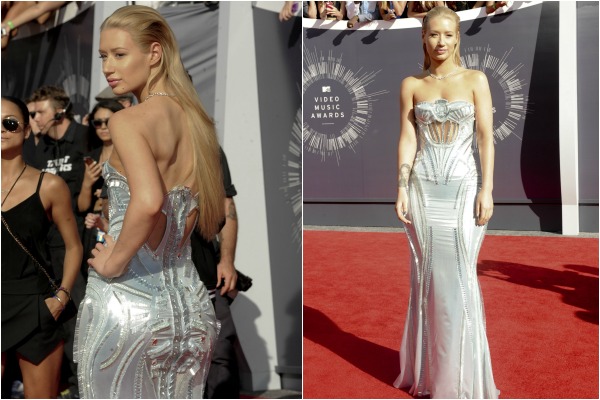 Iggy Azalea looked like Venus just stepping out of a clam shell in this flattering Versace gown. 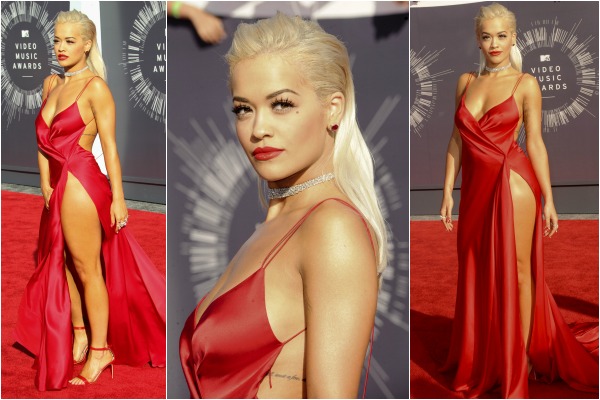 Careful, Rita Ora! We don’t want a gust of wind to come in and ruin your red carpet look. The slit might be a risk, but we think it paid off. The singer looks gorgeous in her bright red silk dress by Donna Karan Atelier. 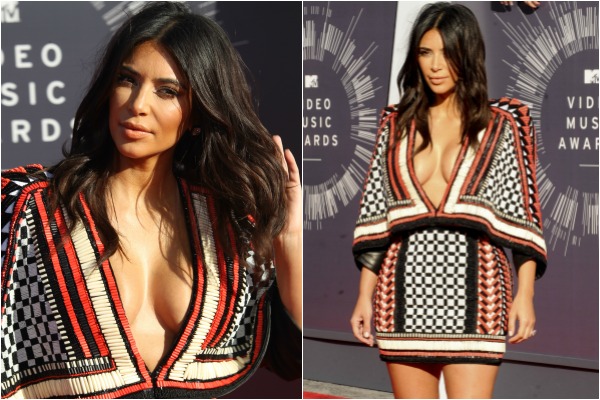 Again with the cleavage. This time it’s Kim Kardashian who is taking the plunge and showing off her assets in this Balmain boho-chic dress. 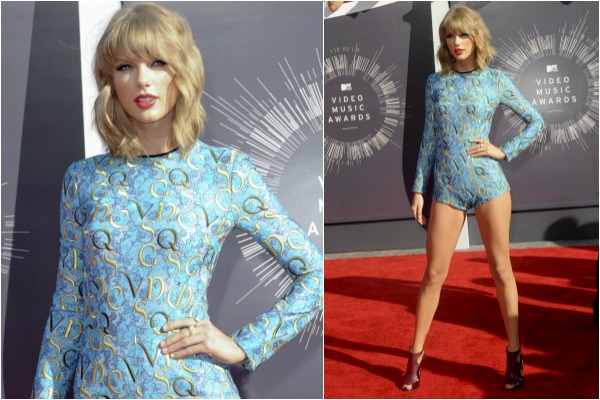 Taylor Swift appears to have decided that life is far too short to wear pants, going for a bodysuit with itty-bitty shorts. 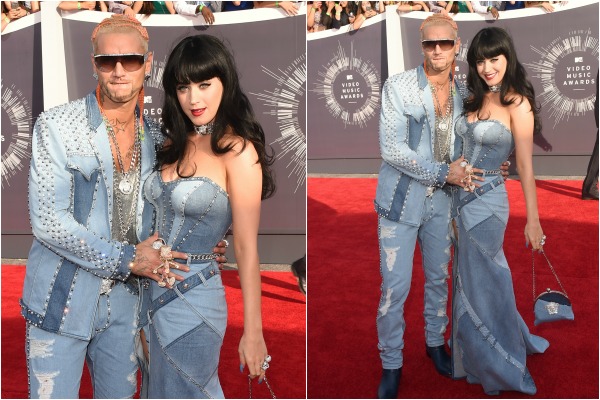 Whoa. Katy Perry, we know you’re a risk-taker when it comes to fashion, but wearing Britney Spears’ ’90s denim ensemble is just not the way to go.

Which star surprised you on the MTV Music Awards red carpet?