It’s been a great year for Aussie television and all of our favourite stars and programs were on show last night for the 56th Logie Awards, held at Melbourne’s Crown. Here’s the lowdown of what happened on the night — from the fashion to the winners, we’ve got it covered.

With fake eyelashes intact, hair blow-dried and tussled and wearing some of the most glamorous of gowns, our favourite Aussie stars walked the red carpet at last night’s Logie Awards. Here are some of our favourite looks of the evening. 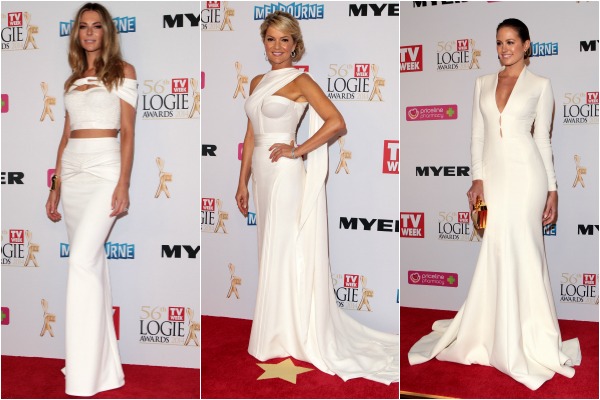 Jennifer Hawkins, Sandra Sully and Jesinta Campbell all looked stunning in their white gowns and interesting silhouettes. Hawkins wore a white two-piece, which showed off her midriff, by Melbourne-based designer, Toni Maticevski, while Sully channelled her inner Grecian goddess in her high-necked dress. Campbell wowed in this crisp and elegant Steven Khalil number with long sleeves and a low neckline.

Stone’s got style: The style evolution of Emma Stone >> 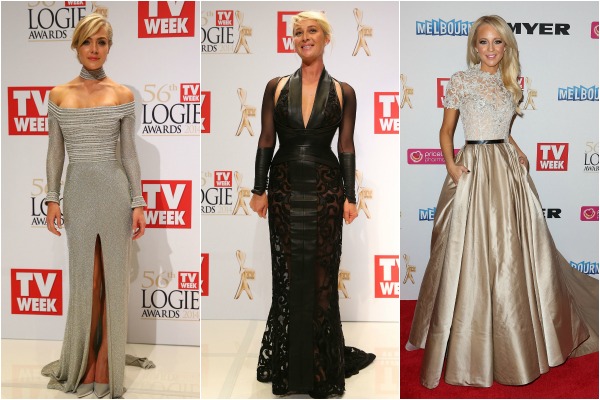 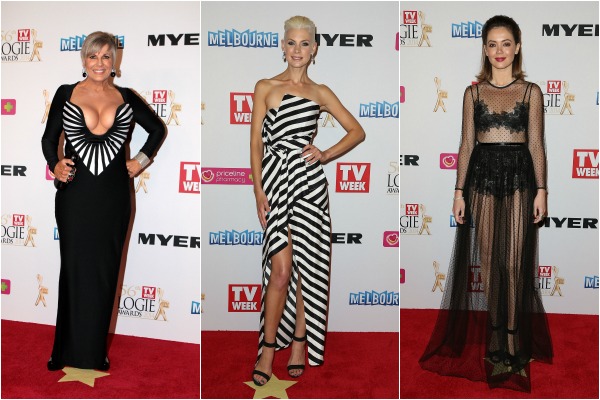 We love to have a good gasbag about fashion and these three ladies certainly caught our attention. We love their spark and confidence in carrying these risqué pieces. Only someone with the confidence of Susie Elelman could pull off such a daring gown. She busted out onto the red carpet in an old favourite from the 1995 Logie Awards. We love Kate Peck’s bold black-and-white-striped gown by Arthur Galan and can’t fault Emma Lung as she showed off her naughty side in sheer lace.

Got it in the bag: Find the perfect purse >> 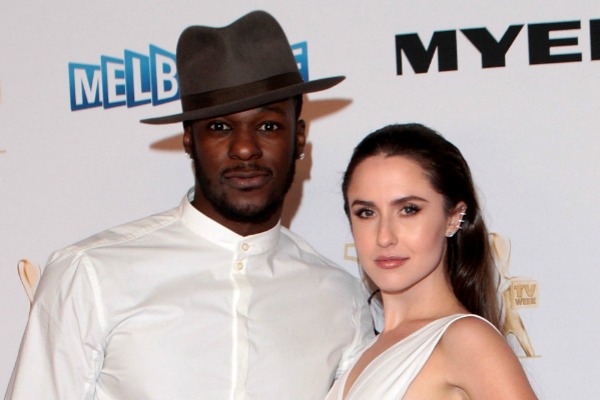 Hats off to Timomatic for his tongue-in-cheek reference to Pharrell Williams from this year’s Grammy Awards. While Timomatic’s hat wasn’t quite as big a hit as Williams’ oversized Vivienne Westwood hat, we like where he’s going with this one.

What was your favourite look from the night? Let us know.