Did you miss the boat with Breaking Bad? Never caught an episode of Game of Thrones? As warm, sunny days recede into cool and cosy evenings, there’s never been a better time to dig into a new TV show on DVD. Here are the top-10 series you’ve been missing out on. 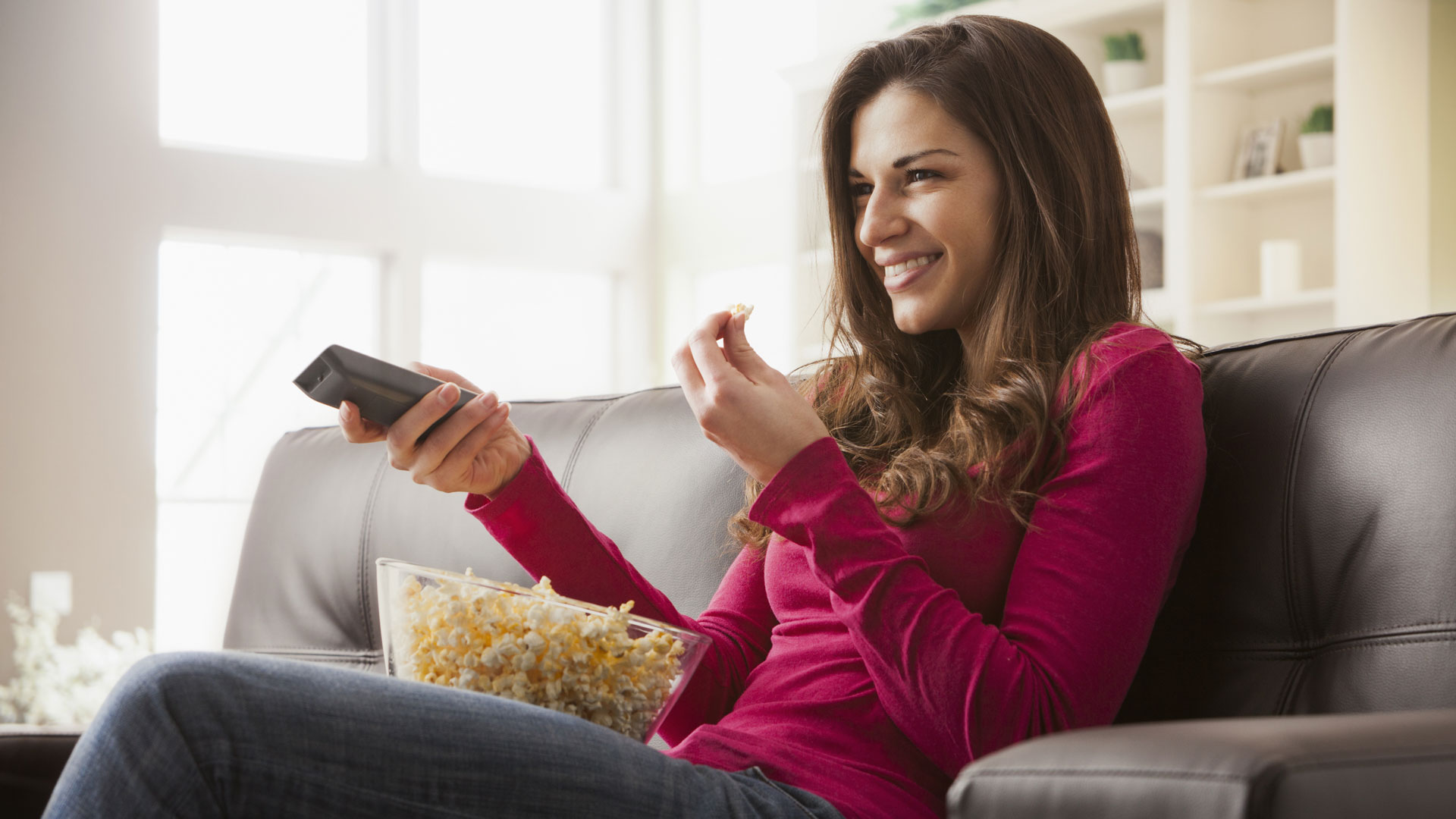 The fifth season is upon us, so if you have not yet dived into the glorious goodness that is Nina Proudman and co., I implore you: Run, don’t walk, to your local purveyor of fine DVD products and exchange money for seasons 1-4 of Offspring. This series is so good, it defies superlatives, and Nina’s outfits are so beautiful they have entire blogs celebrating them. Seriously, this is Aussie drama at its finest.

The first season was a petite 10 episodes long; the second season was trimmer still, with just nine episodes in its run. But with The Newsroom, Aaron Sorkin and his uber-talented crew of writers and actors have cultivated an incredibly smart, suspenseful and highly-watchable series, based entirely around the circus that is modern-day 24/7 news channels. Cuddle up on the couch with a glass of red and prepare to be wowed.

Yes, this biker drama series is one of TV’s most violent shows. People are routinely burned, beaten, stabbed and assaulted, often by someone they once considered family. But it’s also very well-acted and surprisingly poignant: As we watch on, loyalties are tested, relationships are strengthened and family, above all else, is given top billing. Pop it on once the kids are in bed and let the drama unfold.

It’s the show that launched Kristen Bell’s career, and for good reason: Veronica Mars is set in a high school and has Bell running around as a fledgling detective, snooping to uncover who is responsible for the shocking death of her best friend, played by Amanda Seyfried. The show had such a cult following that fans were devastated when it was cancelled after only three seasons — but those same fans financed the follow-up movie, which was released this year. You can whip through all three seasons in one weekend-long binge of fun and games.

Just because we now know who the mother is and how Ted met her, that doesn’t mean you won’t enjoy watching Ted, Barney and the rest of the gang as they hash out life’s latest adventures over a pint at McLaren’s.

It’s been hard for Breaking Bad fans to let go of chemistry-teacher-turned-drug-lord, Walter White — so don’t. Relive every gory, glorious moment by bingeing on all eight seasons this winter, and check out this alternate ending for added fun.

There are few shows that make me laugh out loud as frequently and as consistently as 30 Rock, but when Channel 7 began broadcasting episodes erratically and late at night, the series fell off my radar. Thankfully, my husband thoughtfully purchased all seven seasons for me last Christmas — now all we need is a cluster of cosy, kid-free winter evenings to dedicate to the cause.

From vampires to werewolves and witches, with werepanthers on the side and some psychic sightseeing on top — every supernatural quirk and tale you can think of is aptly represented in this engrossing series, which is as sexy as it is suspenseful. If you haven’t yet explored the world of Sookie Stackhouse and her colourful friends, this winter is the perfect time to play catch-up.

Jack Bauer is back. Need we say more? He’s returning to our screens via London in 24: Live Another Day, so there’s no better time to revisit the first eight action-packed seasons.

Spoiler alert: Lots of characters die in this show. Unless you have been hiding behind a technology detox, this is probably not news to you. There’s little chance that many of us missed the outpouring of grief, shock and despair that followed “The Red Wedding” episode of Game of Thrones, in which half the cast was terminated during one brutal, bloody massacre. But just because you know about this plot twist, it shouldn’t stop you from getting involved in what the Los Angeles Times describes as “the best TV show ever made”. As reviewer Mary McNamara says, “Television just doesn’t get any better than this.”

21 hrs ago
by Leah Melby Clinton