Want to know which fashion trends celebs have been sporting this week? Well, take a look and be inspired to make some changes in your own wardrobe. 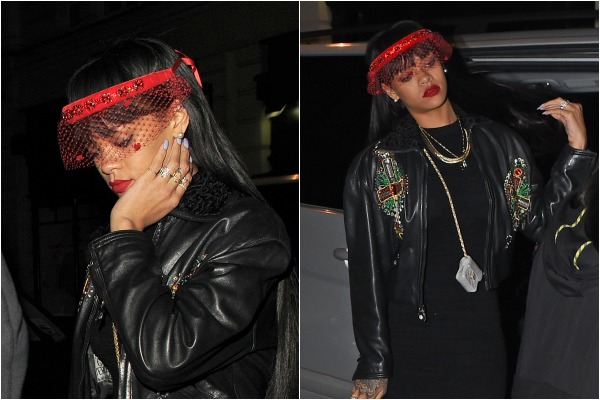 Obviously, Rihanna is one of possibly only three people who could pull of this look. The short, red veil isn’t for everyone, but Rihanna can make any look her own. She pushes the fashionable boundaries with this one, which she was snapped wearing as she arrived at Tramp, a nightclub in London. 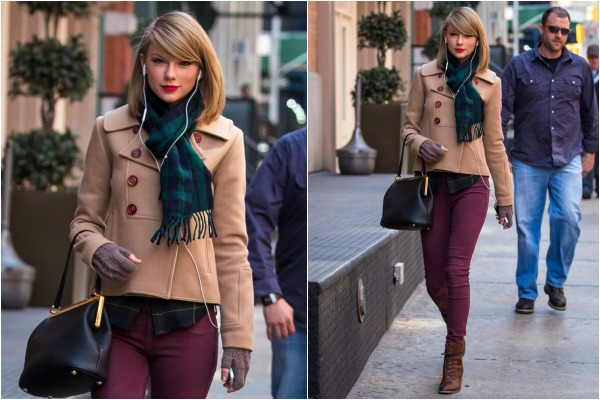 Taylor Swift makes walking around New York look effortlessly chic. Here, she was spotted leaving the Steven Alan store in Tribeca in cut finger gloves, a green plaid scarf and maroon pants, coupled with a pair of ankle-high lace boots and a pop of colour with red lipstick.

The GIF that gives: How Taylor Swift recovered from that awkward Grammys moment >> 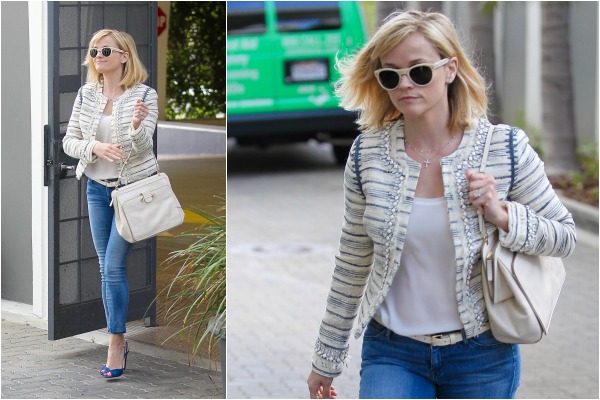 If there’s one thing we should take away from this look from Reese Witherspoon, it’s not to underestimate the power of accessorising. She turned a casual jeans and white T-shirt look into something far more glam, simply by throwing on a cute jacket, flinging a darling bag over her shoulder and slipping on a gorgeous pair of blue peep-toe shoes. Oh, and those sunnies? Love.

Lizzy Caplan made us blush 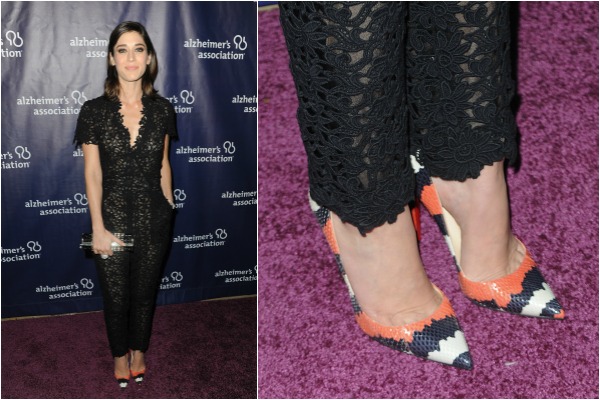 Lizzy Caplan, one of the stars of the hit Showtime television series, Masters of Sex, wowed us with this bold look she wore to the 22nd annual “A Night at Sardi’s” benefit for the Alzheimer’s Association. From the front, the jumpsuit looks tame enough, but once she turns around, it’s a very different story. We know this star isn’t afraid of a bit of skin — she’s in a series of sex scenes in her new television series — but we may have blushed when we saw her bottom. But she certainly has the body for it. Caplan also coupled the look with a flashy pair of peach, black and white pointed heels.

Naomi Watts is trendy in transit 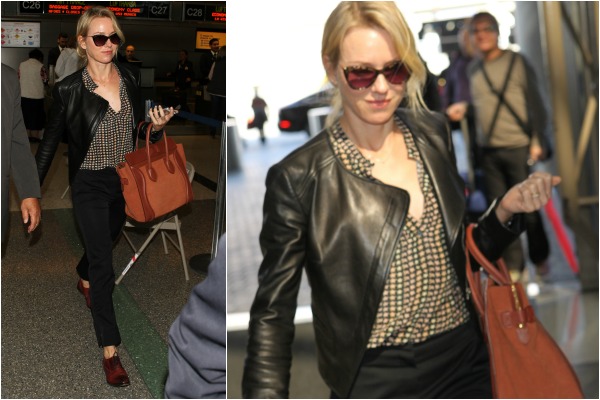 How does Naomi Watts make airport travel look so stylish? No tracksuit pants and thongs for this celebrity. She looks put together in a pair of black skinny trousers and a biker jacket: a super-casual yet trendy look. We love it.

Divas of style and beauty: 10 Fashion and beauty bloggers we love >> 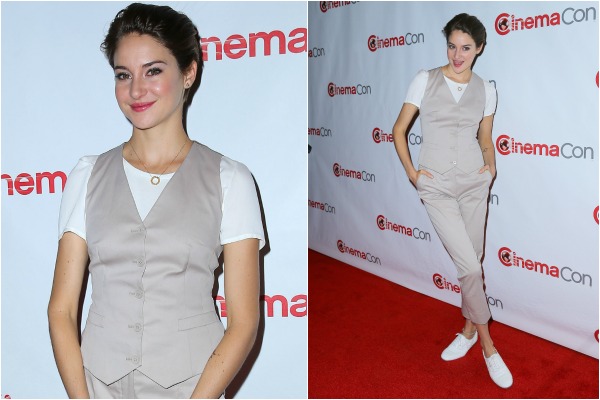 With her hair slicked back and going for a bit of an androgynous look, Shailene Woodley attended the 2014 CinemaCon red carpet event at Caesars Palace this week in a menswear ensemble. Woodley is not your average star: She’s not into designer gowns, for starters, and she wore a beige vest with matching trousers to the event, along with white loafers and a white tee.

What do you think of this week’s celebrity fashion picks? Let us know.