What’s the connection between chocolate bars and misogyny? Well, we’re not quite sure, but we hope Mars-owned Snickers have a good explanation for why they paired the two in their latest advertising campaign. 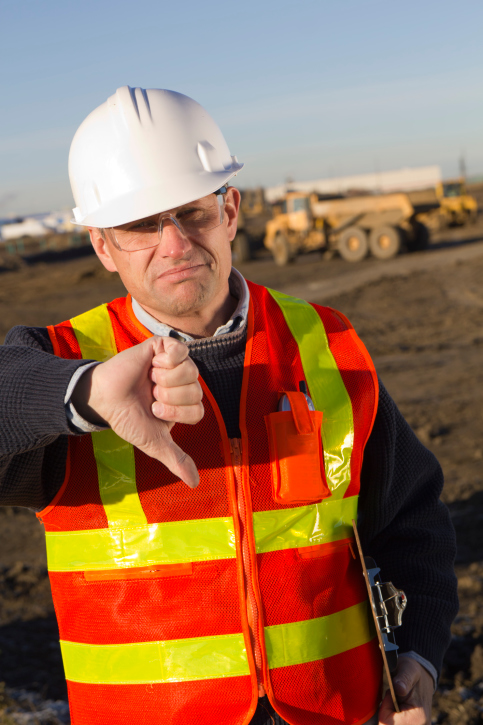 Known for their surprising and funny commercials featuring the likes of Betty White and flaming mongrel-shouting Alf Stewart from Home and Away, Snickers and agency Clemenger BBDO Melbourne released a new ad which, at first, looks like it could be a winner.

We were hit with a case of the warm and fuzzies as we watched construction workers calling out positive affirmations to unsuspecting women as they walked by.

Jimmy Kimmel is at it again: Viral YouTube videos that should be turned into movies >>

One charming man says, “Oi! That colour really works on you! Have a productive day!”

Another calls out, “You know what I’d like to see? A society in which the objectification of women makes way for gender-neutral interaction free from assumptions and expectations!”

Then they really start to impress as they begin to chant: “Whadda we want? Equality! What don’t we want? Misogyny!”

It all comes undone, though, in the last few seconds of the clip, when the following sentence pops up:

“You’re not you when you’re hungry.”

Oh, right! This is an ad about what happens when builders aren’t themselves.

The scary thing about this ad — and what makes it so disappointing, so dangerous and incredibly off-putting — is that the real message can be missed.

Get caught up in what seems to be a powerful and quite a fun ad, and you’ll miss the dark undertones.

What is the ad communicating?

What a confusing message to send, Snickers. We just don’t get it.

Other perspectives on the ad

News.com.au called the ad “hilarious,” saying the advertisement was “tongue-in-cheek.”

Publisher It’s Nice That might have watched a different ad entirely, as they said Snickers had “hit the nail absolutely on the head.” Even going so far as to say that, “The playful stereotype is happy encouragement of feminism, and a very funny one at that.”

We get that the ad is supposed to be fun, but Snickers have failed spectacularly with this one.

Others have taken to social media with their mixed reactions.

Apparently if we stop eating @Snickers we can stop misogyny? http://t.co/TvNwLbp9Eh

We tend to agree with Fast Company‘s take on the campaign; they called it “a sad indictment of the builder cliche.” Adding, “The funnier we find [the commercial], the farther away we actually think gender politics and perhaps our own attitudes are from the spoof’s respectful ideal.”

You’ve definitely surprised us with this one, Snickers, but not in the way you intended.

What do you think about the ad? Join the debate on Twitter, or let us know in the comments below.

More cause for debate