Barbie has been an iconic woman in the life of most little girls since 1959, so in the spirit of International Women’s Day on March 8, we thought we’d have a closer look at ways you can still relate to Barbie. Yes, even though you’re grown up and done away with childish things.

Related story Has the Family Vlogging Trend Gone Too Far?
1

Who doesn’t love an Aussie surfer dude? The six pack, the bronzed skin, the sun-bleached hair — even Barbie wasn’t immune to the lure of hooking up with an Australian for a summer fling. After 43 years, Ken was cast to the kerb in 2004 while Barbie had a romantic liaison with Blaine, the Australian surfer doll. The romance was rekindled seven years later when Ken came back on the scene in 2011 looking younger and hotter.

Who hasn’t shared about their relationship on Facebook? Like any modern-day girl, Barbie finds it’s the quickest way to update her friends on the latest happenings in her life. Some might call it over-sharing; we call it keeping your besties in the loop. 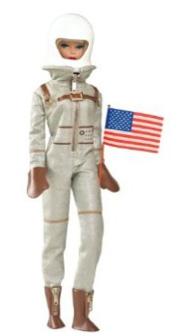 In her 65-year life span, Barbie has compiled a rather impressive CV with 150 jobs — that’s a lot of career changes in a lifetime. She’s done everything from being an astronaut to a yoga teacher.

Make sure your career is on track >> 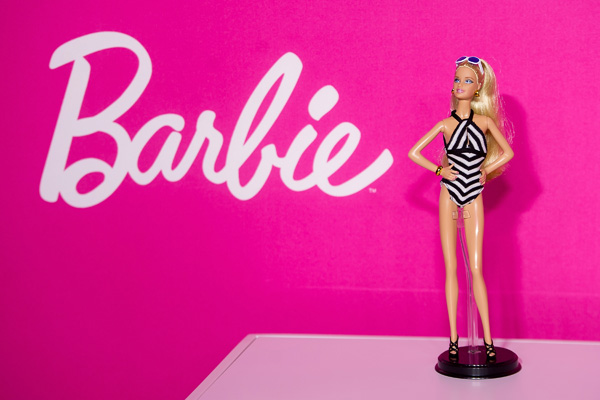 Living life with no regrets, Barbie offers no apologies for the scandals she’s caused over the years. Emerging as a teenage swimsuit model in 1959, her unrealistic body proportions stirred up debate, and more recently is responsible for heated discussion around the beliefs that young girls who play with Barbies limit their career opportunities. She has also appeared on the front cover of the Sports Illustrated Swimsuit edition. Barbie has certainly had her share of controversy and she remains unrepentant.

She has the life we’d love to aspire to 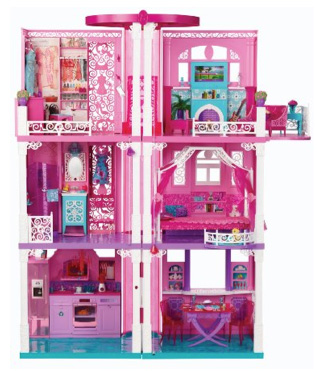 We’d never admit we were jealous of a Barbie doll — not in a gazillion years — but she does have it all and we’re not just talking about the big boobs and the hot-to-trot boyfriend. She has the lifestyle we’d secretly all love, too — the dream house, the glam convertible and all the mod cons a girl could want. 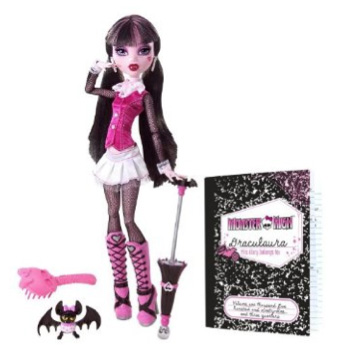 Okay, yes, she has enormous boobs and a tiny waist, but Barbie is more realistic-looking than the Monster High dolls which mince around in fishnet stockings and have noodle-shaped legs all the way up to their armpits.

She’s got a dysfunctional family member

Everyone’s got someone in their family who causes them grief. Sweet little Chelsea, Barbie’s younger sister, is an experienced poker play and at just six years old, not only is gambling illegal, Chelsea is paving a future to loan sharks and Gambler’s Anonymous meetings. 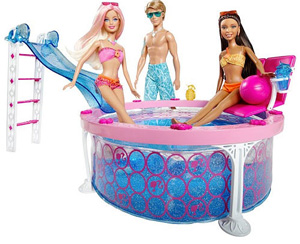 Barbie is always on the go; whether she’s riding her pony, going on a road trip with friends, scuba diving or cruising around in her dream car with her dream guy.