You have to ask yourself what is wrong with the world when an attempted crime takes place on a busy Sydney street in broad daylight and no-one, not one single person, stops to help. What would you do if you heard a woman screaming for help? 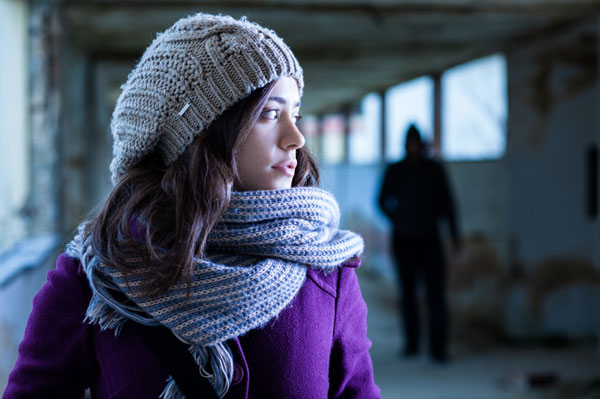 On Monday, Jan. 13, 2014, a 29-year old woman struggled to fight off a man who attempted to drag her into his car off a busy street during broad daylight in Western Sydney.

The Sydney Morning Herald reports she screamed loudly in front of dozens of people passing by, yelling, “Let me go! I don’t know you!”

The attempted abduction took place while the woman was standing on Railway Street in Liverpool. A carload of men pulled up alongside her and a man in the front passenger seat got out and tried to force her into the car. Despite her frantic pleas for help and people staring in her direction, not one person stopped to offer assistance or even asked if she was okay. Nor did any eyewitnesses come forward to provide police with statements.

What is wrong with the world?

According to David Oldfield, talkback radio host and former politician, the good Samaritan is long gone, however, tweeters suggested bystanders were more concerned with taking selfies or recording the abduction on their phone and were too concerned for their own well-being or worried about getting sued. Psychologists disagree and blame the bystander effect.

What is the bystander effect?

The bystander effect is when multiple people witness an emergency situation but don’t intervene. It’s not due to heartlessness or a lack of empathy, but it stems from assuming that someone else will help. The more eyewitnesses present at the time of the crime or emergency, the less personal responsibility an individual feels. If no-one else is reacting to the emergency, others tend to assume they’ve misread the situation, feel it’s none of their business, are not sure how to respond or fear for their own personal safety.

What can you do to avoid being a victim of the bystander effect?

If you are the victim and no-one is coming to your aid, try yelling out specific, forceful instructions like, “You with the leopard tights, call triple 0,” or, “You with the pink tie, get help!” Using more detailed instructions which single people out will make them feel more personally responsible than just a general “Someone! Help! Anyone!”

What can you do to help?

All it takes is one brave person to overcome the bystander effect, even if it’s just to be brave enough to yell, “Help, someone with a mobile call triple 0, we need to help this woman!” or yell that the police are on their way. You have a choice to use your voice, rather than to try and physically intervene, if you feel like your safety will be compromised. The minute one person takes a stand, other people will follow suit.

Are you street smart?
Safety tips for riding your bike to work
Teach your kids to be safety aware