Arguably one of the best things about awards season is the fashion and the oh-my-gosh-what-is-she-wearing moments. The Screen Actors Guild Awards were on over the weekend, so let’s take a look at the most-talked-about pieces from the red carpet. 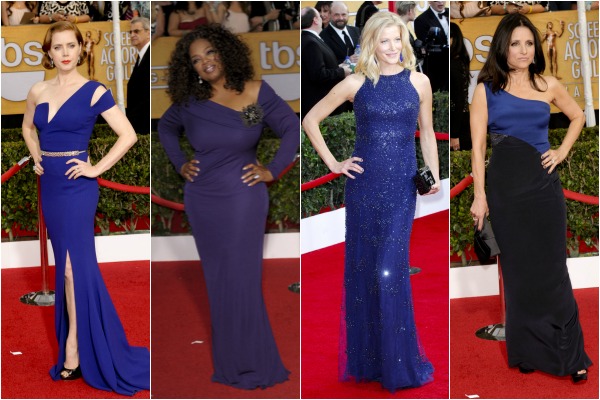 We’re sensing a bit of a pattern here. Amy Adams, Oprah Winfrey, Anna Gunn and Julia Louis-Dreyfus all had the same idea on the night of the SAG awards and wore gowns in this rich navy blue and purple hue. Anna Gunn wore Monique Lhuillier, which was embellished by beads which kept her shining throughout the ceremony. 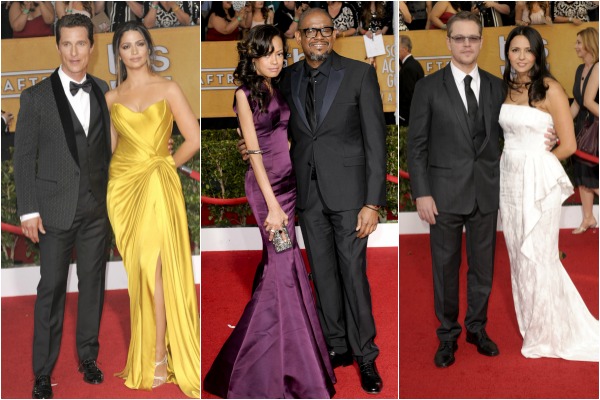 It wasn’t just the ladies who were looking all glammed up, but the men looked dapper as ever, too, with their beautiful women on their arms. Here’s Matthew McConaughey with Camila Alves, Forest Whitaker and his wife Keisha Whitaker and Matt Damon and Luciana Barroso. 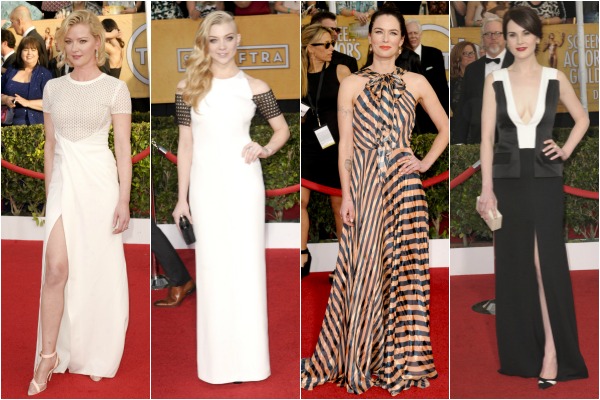 Dramatic slits, interesting cuts and stand-out silhouettes were on trend this year, too, with Gretchen Mol, Michelle Dockery, Lena Headey and Natalie Dormer all sporting interesting ensembles. Downton Abbey star Dockery told E! that her low-cut gown was inspired by her love of tuxedos. 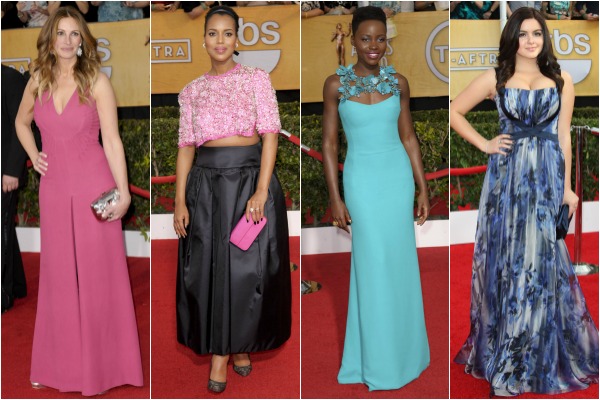 Who doesn’t like a splash of colour to break up all that red on the carpet? Lupita Nyong’o followed up her stunning Golden Globes gown with an equally-beautiful turquoise Gucci dress at the SAGs. Julia Roberts, Ariel Winter and Kerry Washington went for bright and bold on the red carpet this year, too. 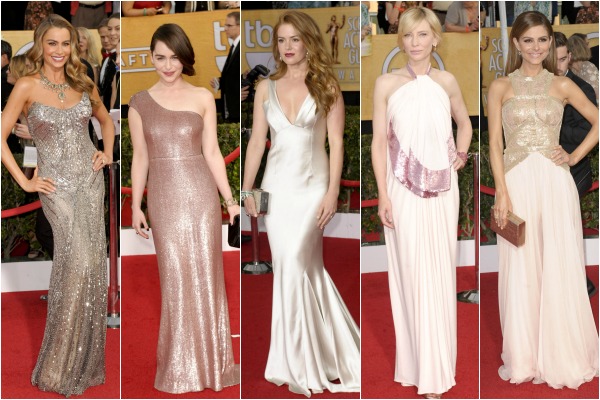 And then there were the iridescent beauties who shimmered their way through the award ceremony. Sofia Vergara turned heads with her figure-hugging Donna Karan beaded gown, while Cate Blanchett, Isla Fisher, Emilia Clarke and Maria Menounos looked glamorous in their glistening gowns. We couldn’t look away from this bevy of beauties.

Who do you think was the best-dressed star of the night?